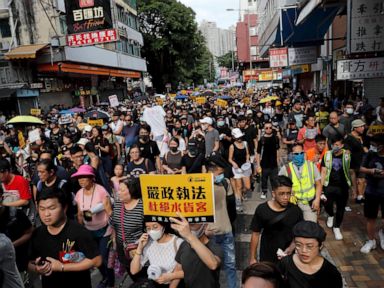 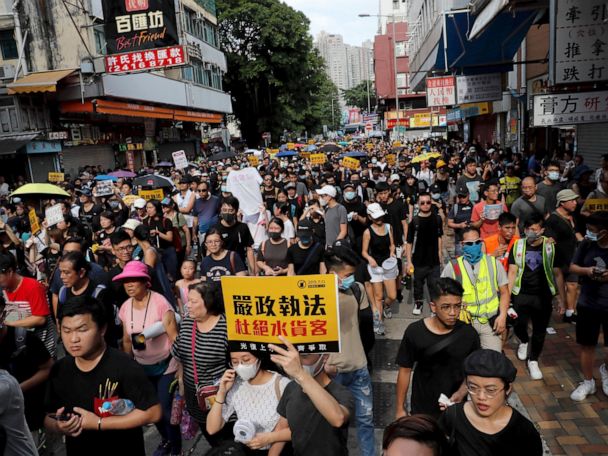 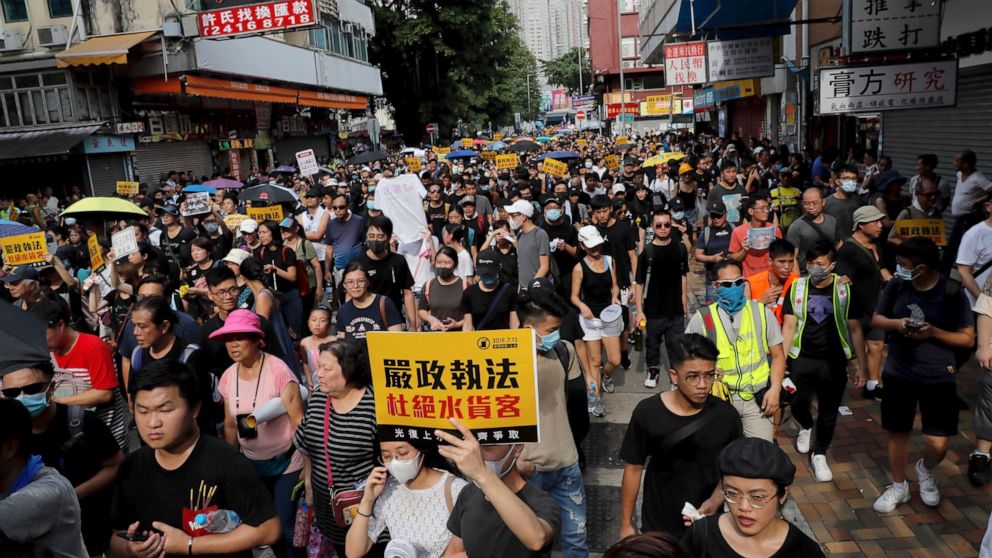 Several thousand people marched in Hong Kong on Saturday against traders from mainland China in what is fast becoming a summer of unrest in the semi-autonomous Chinese territory.

Walking behind a banner that read “Strictly enforce the law, stop cross-border traders,” the protesters passed by pharmacies and cosmetic shops that are popular with Chinese tourists and traders who bring goods back to sell in the mainland. Many of the stores were shuttered because of the protest.

In what has become a common scene, clashes broke out between police and some of the protesters toward the end of the otherwise peaceful march. Police used pepper spray and batons to disperse the crowd, public broadcaster RTHK reported.

Major demonstrations in the past month against a proposal to change extradition laws have reawakened other movements in Hong Kong. Thousands marched last weekend against middle-aged mainland women who sing loudly and dance somewhat provocatively in a public park. Some of the women receive tips from older men.

The protests have a common refrain: Hong Kong’s government, led by a non-democratically elected chief executive, is not addressing the people’s concerns.

Amy Chan, a 25-year-old bank employee who joined Saturday’s march, called it a continuing action building on the momentum of the anti-extradition law protests.

“There isn’t an anti-extradition protest every day to keep us going,” she said. “I hope that through today’s action, people in Hong Kong will not forget that there are actually many other social issues waiting to be solved.”

The city’s leader, Carrie Lam, has pledged to do a better job of listening to all sectors of society, but many protesters want her to resign.

Her government proposed legislation in February that would have allowed suspects to be extradited to China to face trial. The proposal ignited concerns that the rights and freedoms guaranteed to the former British colony for 50 years after its 1997 return to China are being chipped away at by a pro-Beijing government in Hong Kong.

Lam suspended the legislation indefinitely after protesters blocked the legislature on June 12, preventing the Legislative Council from meeting to debate the extradition bill. Faced with continuing protests, she declared the bill “dead” on Tuesday, but protesters remain unsatisfied, demanding it be formally withdrawn.

The march Saturday took place in Sheung Shui, a district that lies across the border from the mainland city of Shenzhen. Organizer Ronald Leung, a leader of the North District Parallel Imports Concern Group, said residents have been complaining about the issue of Chinese traders for many years.

“Citizens are really angry,” he said. “They want to come out and show their concern over the cross-border traders problem in the area, which is never solved.”

Sat Jul 13 , 2019
AntonioGuillem | iStock | Getty Images If you don’t have an unlimited wireless data plan — and sometimes even if you do — you should pay attention to which apps use the most data on your iPhone. Sometimes, for example, an app that you use frequently might consume far more of […] 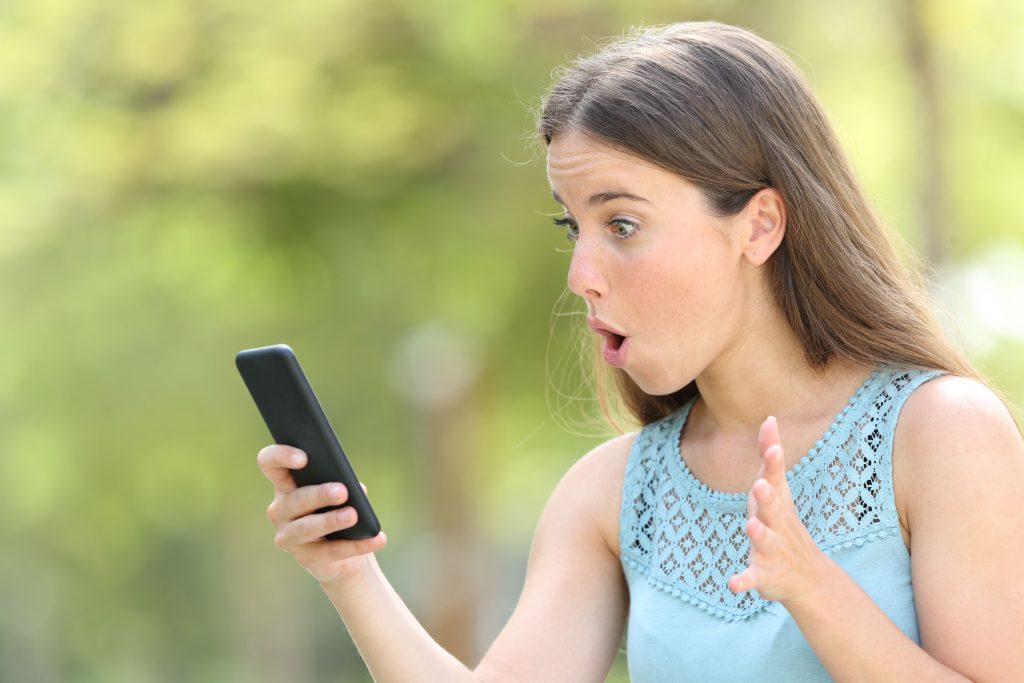