Lenca indigenous hold placards during a protest to mark the second anniversary of the killing of environmental activist Berta Caceres, in Tegucigalpa, Honduras March 2, 2018. REUTERS/Jorge Cabrera

TEGUCIGALPA (Reuters) – Honduran authorities on Friday said they arrested a high-ranking executive of a hydroelectric company on Friday on charges of helping plan the murder of indigenous environmental activist Berta Caceres two years ago.

Roberto David Castillo, executive president of Desarrollos Energeticos (DESA), was arrested at an airport in the north of the country, Honduran prosecutors said. DESA had been pushing for the construction of a dam that was opposed by Caceres

Castillo “was in charge of providing logistics and other resources to one of the perpetrators already prosecuted for the crime,” Public Ministry spokesman Juri Mora told Reuters.

Reuters was not able to immediately contact Castillo or his lawyers.

In a statement, DESA denied involvement in the crime and said Castillo is “innocent,” adding that it “rejects this decision that comes from international pressure and smear campaigns of various NGOs on the company.”

Caceres, a 43-year-old teacher who won the prestigious Goldman Environmental Prize, was shot dead at her residence on the night of March 2, 2016.

Castillo is the second alleged mastermind captured for her murder. Eight other people, including company employees, hired assassins and members of the army, have been arrested and tried.

Honduras has seen repeated confrontations between indigenous populations with mining and hydroelectric operations. President Juan Orlando Hernandez, who won reelection in December in a vote marred by fraud allegations, has sought to boost investment in such ventures.

Members the activist group that Caceres led gathered Friday in front of prosecutors’ offices in the capital to demand the arrest of more prominent local businessmen they allege are connected to the crime.

Sat Mar 3 , 2018
article Blackstone Group CEO Steve Schwarzman earned at least $785 million in compensation in 2017, according to the private equity firm’s annual 10-K filing with the SEC on Thursday. Continue Reading Below Schwarzman’s stake in Blackstone yielded the majority of his massive windfall. He earned $661 million in dividends, based […] 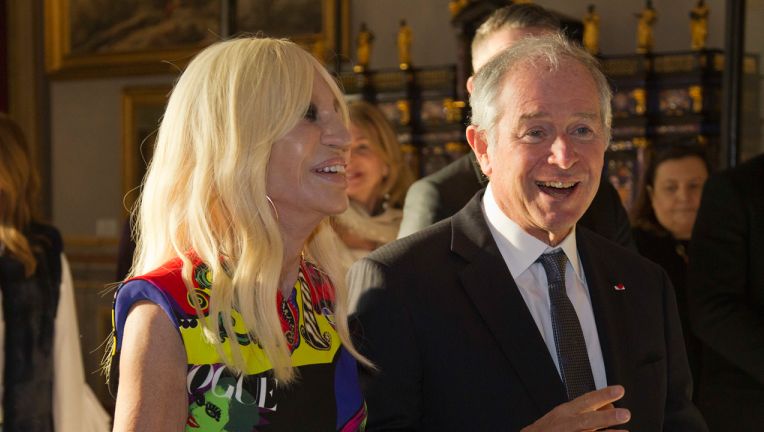