Honduran opposition candidate Salvador Nasralla addresses the media after the U.S. backed the re-election of Honduran President Juan Orlando Hernandez despite allegations of fraud by the opposition, in Tegucigalpa, Honduras December 22, 2017. REUTERS/Jorge Cabrera

MEXICO CITY (Reuters) – Honduran opposition candidate Salvador Nasralla said his bid for the presidency was a “lost cause” on Friday after the United States recognized President Juan Orlando Hernandez as winner of the election.

“The situation is practically decided,” Nasralla said in an interview with TV network France 24. “I no longer have anything to do in politics, but the people, which are 80 percent in my favor, will continue the fight.”

The United States backed Hernandez as winner of the Nov. 26 election despite widespread misgivings about the vote count.

WATCH: United Airlines surprises kids from children's hospitals with a trip to the North Pole 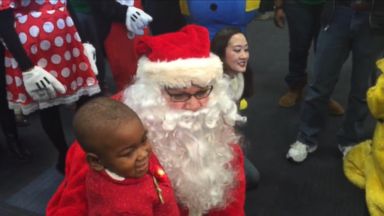