NEWARK, Ohio — A hit-and-run driver struck a woman pushing her 1-year-old grandchild in a stroller, putting the grandmother in critical condition and causing the baby to die Christmas morning, authorities said.

The child, Amara White, was being pushed on Londondale Parkway in Newark, Ohio, just before 3 p.m. Wednesday when both were struck by a vehicle. The driver did not provide aid and immediately took off, police said.

The child was taken to Nationwide Children’s Hospital and died just after 10 a.m. Friday. Her 63-year-old grandmother remains in critical condition at Grant Medical Center.

A 36-year-old man was arrested at his apartment hours afterward, police said, and the vehicle was located, police said. The Licking County prosecutor’s office will decide whether aggravated vehicular homicide and other charges are warranted.

Sat Dec 26 , 2020
The city of Pompeii was buried in a devastating volcanic eruption in 79 AD, but archaeologists are still uncovering extraordinary structures in the region. On Saturday, they unveiled their latest discovery — an extremely well preserved ancient “snack bar.” The Thermopolium of Regio V would have been a shop where […] 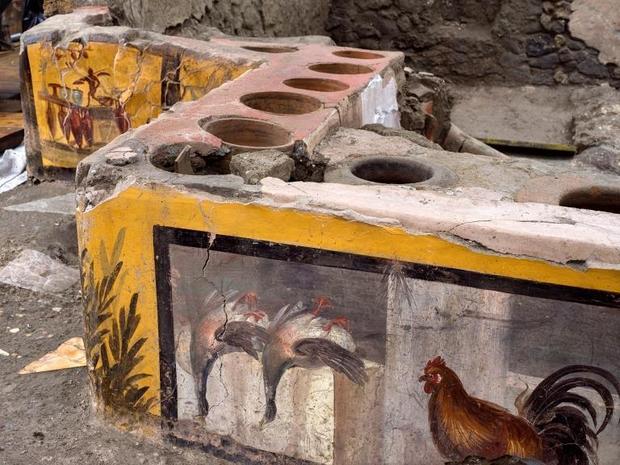