Former Colorado Governor John Hickenlooper returned to Iowa Sunday night pledging to continue his presidential campaign after a major shakeup of his campaign staff last week. Hickenlooper, who has had trouble polling above 1 percent, acknowledged his struggles as a candidate and explained why he is continuing his bid for the Democratic nomination when there is a Senate race in his home state that pundits say he would have a good shot at winning.

“I don’t think that’s my calling,” Hickenlooper told reporters about running for the Senate after a “meet and greet” event in Perry. Hickenlooper admitted he has discussed it with his staffers, saying they have told him he would be a “lock” to defeat Republican Sen. Cory Gardner.

“If I think of what God wants me to do, if there’s a beam of light coming down from heaven, what it’s illuminating for me is taking the things I’ve done, putting teams of really unique individual skills, and putting those teams together so that we really take on the big challenges of this country and of this world,” Hickenlooper said.

One day after second quarter fundraising ended last week, Hickenlooper’s campaign confirmed at least six staffers, including senior members, had either left his campaign or would be leaving in the near future. The changes included replacing his campaign manager.

When it came time for questions at the meet and greet, the Senate race was the first question from caucus goers. Hickenlooper said his skills are better served at bringing people together, including rivals, to lead the effort on solving complex problems like climate change and improving rural Colorado’s economy.

“This is all stuff a Senator doesn’t get to do,” he told the crowd.

Hickenlooper said he understands why people ask about the Senate and is “very sympathetic,” but added, “I’ve got to follow this to the end.”

Hickenlooper conceded that he struggles with some of the traits required for running a presidential campaign. He told reporters some of those skills “don’t come naturally to me,” including being a “really good debater” and “smooth with wealthy donors.”

Hickenlooper said he’s working on those skills so he can become a better presidential candidate. “I am already ten times better at debating than I was six months ago,” he said, and added that he has “an ever-growing network of donors.”

Hickenlooper said it’s been hard raising money in a field of 25 candidates, but he has the added challenge of competing with a fellow Coloradoan, Sen. Michael Bennet.

“When I was looking at my wish list, I didn’t see it on there,” Hickenlooper said jokingly of Bennet’s candidacy. “Michael is, I think, one of the smartest people in politics. Certainly I’d rank him one of the top three senators in the Senate without question. But he and I have very different backgrounds.”

Courting individual donors will be crucial in July and August because the Democratic National Committee is requiring candidates to have 130,000 unique donors to make the September debate stage.

When asked what his campaign would look like if he isn’t on that stage, Hickenlooper said “we’ll see.”

“I think it will depend on if we feel Iowans hear what I’m saying,” Hickenlooper said.

He said he plans to spend a lot of time in the Hawkeye state and is “hopeful that the pragmatists in Iowa” will help spread his message. While his national staff has gone through significant changes, his team in Iowa remains the same.

Caucus goers who attended the event in Perry said they believe the Democratic party needs to nominate a more centrist candidate to win back the presidency and liked Hickenlooper’s message of being a pragmatic progressive.

One woman asked Hickenlooper how to get moderate ideas “back in vogue” and others expressed concerns about candidates supporting policies that could be labeled as socialism.

Lou Hoger, a 75 year old retired minister from Perry, said he thought “Governor Hickenlooper was much more impressive this evening than he was in the debate.” Hoger said he likes Hickenlooper’s ideas, experience and that the former governor is very “pragmatic.” But, Hoger said he wished Hickenlooper displayed a bit more enthusiasm.

“It comes back to electability and I wish people like Hickenlooper had the passion of (California Senator and fellow Democratic presidential contender) Kamala Harris,” Hoger said. “I try to imagine each candidate in a one-on-one debate with Donald Trump. And Kamala Harris could take Donald Trump down. I’m not sure if our candidate tonight could. He could, but I’m not sure he would sound forceful enough.”

Mon Jul 8 , 2019
Authorities recovered a jet ski over the weekend bearing the same registration number as the one an American couple was riding before they went missing in Barbados last month. French Navy officers found the missing jet ski hundreds of miles away in Guadeloupe on Saturday, nearly two weeks after Magdalena […] 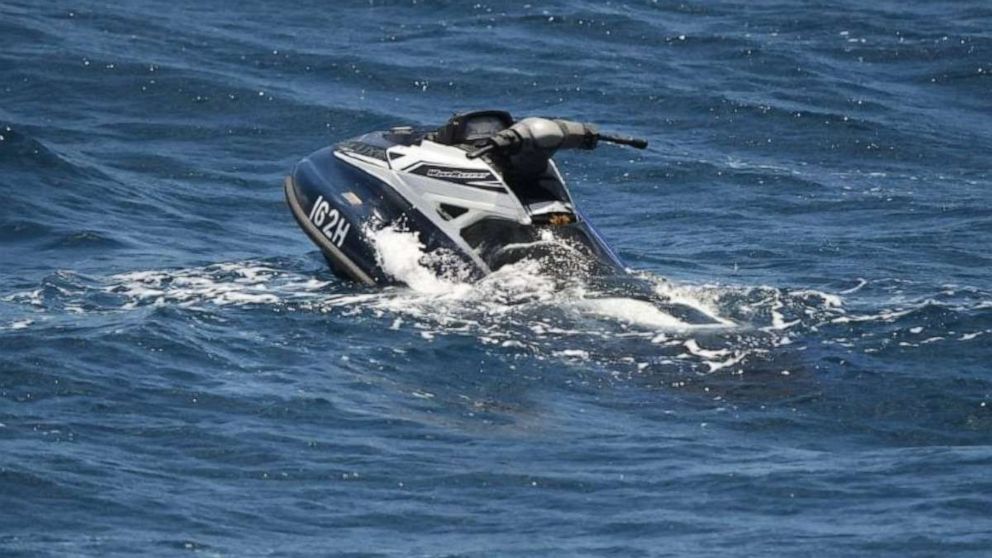