By this point, Medicare beneficiaries likely know that now is the time of year to get their 2021 coverage straight.

While many individuals stick with what they have, others may be exploring a more suitable option. If that involves a Medicare supplement plan, aka Medigap, it’s important to know the various rules that apply and to understand the coverage and cost differences among those policies.

Medicare’s annual open enrollment — now underway through Dec. 7 — is when you can change coverage for next year. That includes enrolling in an Advantage Plan (Part C), which delivers Part A (hospital coverage) and Part B (outpatient care coverage) and usually Part D (prescription drug coverage). You also can switch to another Advantage Plan.

Or, you can drop it in favor of Parts A & B, also called original Medicare. That’s where a Medigap policy may come into play.

Here’s what to know.

They can only be paired with Parts A and B, not an Advantage Plan. And because they generally exclude any costs associated with prescription drug coverage, you would also need to purchase a standalone Part D prescription drug plan to cover that aspect of your health care.

While a number of companies offer Medigap insurance, they can only offer policies from a list of about 10 standardized plans. Each is simply assigned a letter: A, B, C, D, F, G, K, L, M and N. Some states also offer high-deductible versions of Plan F and G. (There also are Medicare Select plans, which are network-based Medigap plans and available in some places.)

This standardization means that, say, Plan A at one insurance company is the same as Plan A at another. However, not every plan is available in all states. And, Massachusetts, Minnesota and Wisconsin offer different standardized policies.

Medigap plans differ in what is covered. The Centers for Medicare and Medicaid Services has a chart on its website that shows the differences. You also can use the agency’s search tool to find available plans in your ZIP code.

These policies come with their own set of rules. For starters, when you first enroll in Part B, you get a six-month window to buy a Medigap policy without the insurer asking you about your health and deciding whether to insure you.

After that, unless you meet a special exception or live in a state with no restrictions on enrolling, you typically must share your health history — including during the current open enrollment — unless you qualify for an exception. If you face that medical underwriting and have existing conditions or other issues, the insurer may charge you more or deny coverage altogether.

If you’ll face underwriting, it’s best to apply for the Medigap plan as soon as possible if you haven’t already, wait to get approved — and then cancel your Advantage Plan, said Danielle Roberts, co-founder of insurance firm Boomer Benefits.

“When you return to original Medicare from an Advantage Plan, in most circumstances you should do it as early in open enrollment as possible,” Roberts said.

“That way if you are declined, you would still have your Advantage Plan, or before Dec. 7 you can choose another one,” she said.

When you return to original Medicare from an Advantage Plan, in most circumstances you should do it as early in open enrollment as possible.

There are situations that give you an exception to the underwriting, or a “guaranteed issue right.” That includes if you tried an Advantage Plan for the first time and it’s within 12 months of that initial enrollment, said Elizabeth Gavino, founder of Lewin & Gavino and an independent broker and general agent for Medicare plans.

“In that case, if you don’t like your [Advantage] plan, you can go to a Medicare supplement with no medical underwriting,” Gavino said.

Other situations that may qualify for an exception to underwriting, Gavino said, are if your Advantage Plan ceases to exist, you’ve been enrolled in Medicare but are now coming off employer (group) or union coverage, or your existing Medigap company goes bankrupt.

You may notice differences in premiums from insurer to insurer for the same Medigap plan.

The American Association for Medicare Supplement Insurance recently looked at the highest- and lowest-cost Plan G policies in various markets — and the differences can be stark. For instance, it found that in one Dallas ZIP code, the lowest cost was $99 per month for a 65-year-old female and the highest was $381 monthly for that same consumer.

One difference in premiums can come from how they are “rated.” If you know this, it may help you anticipate what may or may not happen to your premium down the road. Some insurers’ Medigap policies are “community-rated,” which means everyone who buys a particular one pays the same rate regardless of their age.

Sat Nov 14 , 2020
When Buffalo Bills quarterback Josh Allen took the field for their game against the Seattle Seahawks, almost no one knew he did it with a heartbreaking family burden — his grandmother had passed away the day before. Jeff Glor shares how the city of Buffalo came together in Allen’s time […] 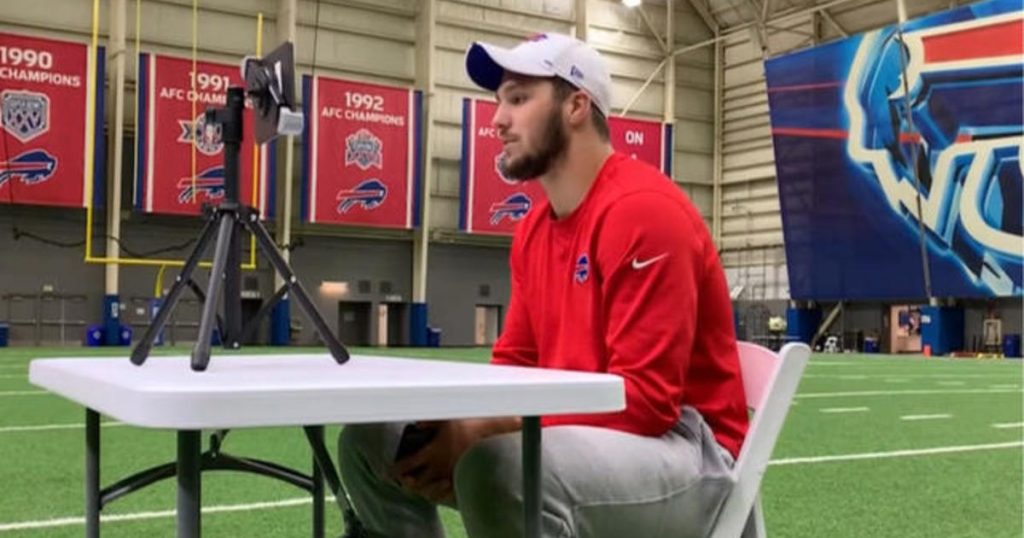