Holiday season is finally here and Americans are ready to spend. A quarter of consumers say they plan to spend more this year than last they did last year, according to Discover’s 2018 Holiday Shopping Survey, and millennials are the most eager.

Over a third of millennials expect their spending to go up, reports Discover, which surveyed over 2,000 U.S. adults ages 18 and older. That’s compared with 33 percent of those in Gen Z, 26 percent of Gen Xers and just 16 percent of baby boomers.

Across all age groups, the average amount people expect to spend on gifts and necessities is $819, reports Harris Poll and advertising-technology company OpenX. Millennials plan to drop an average of $861.

The reasons shoppers expect to spend more vary: About 40 percent of millennials and 51 percent of those in Gen X credit higher wages. (The U.S. median household income reached a record $61,372 in 2017.) Meanwhile, 38 percent of Gen Xers and 36 of Baby Boomers who say they’ll be parting with more money to accommodate more people on their shopping list.

And more consumers will be opting for plastic this year, too. “The number of those who expect to use credit cards to pay for most of their holiday gifts jumped to 38 percent this year, up from 32 percent in 2017,” reports Discover.

That’s largely because shoppers are trying to take advantage of cash back and other perks: “Among those who favor credit cards when making holiday purchases, 54 percent say earning rewards is the driving factor, up from 42 percent last year.”

Less than a quarter of respondents plan to use debit cards to pay for most of their gifts, according to the survey, and 20 percent say they’ll primarily use cash.

That’s a strategy backed by billionaire entrepreneur Mark Cuban, who points out that high-interest credit card debtcan cost you a lot more than you think in the long run.

“Credit cards are the worst investment that you can make,” he told Business Insider in 2014. “The money I save on interest by not having debt is better than any return I could possibly get by investing that money in the stock market.”

His solution is to use cash when you can. And a study from the Journal of Consumer Research supports that conclusion: Using cash could lead you to curtail your spending because physically handing over your money and watching it disappear feels “more painful,” researchers say.

So try withdrawing a predetermined amount of money, sticking to a budget and ditching your plasticif you want to save.

If you do plan to use plastic, though, look to take advantage of rewards points and don’t rack up more purchases than you can pay off.

Many shoppers don’t plan to use cash or plastic, in the traditional sense. A whopping 80 percent of tech-savvy Gen Z respondents plan to use a mobile device to shop for holiday gifts, according to the survey, compared to 73 percent of millennials, 62 percent of those in Gen X and 41 percent of Baby Boomers.

More than a third of millennials and another 35 percent of those in Gen Z plan to use a wearable device, like an Apple Watch, or some other payment-enabled appliance to make purchases, compared to 24 percent of Gen Xers and only 8 percent of Baby Boomers.

Similarly, 29 percent of millennials and 27 percent of those in Gen Z plan to use a voice-activated smart speaker, such as an Amazon Echo, to assist in their holiday shopping.

If you plan to shop online, be sure to take some steps to protect yourself from fraud by monitoring your financial statements, says Discover, particularly around the holidays. And no matter how you chose to spend, follow these steps to be sure you keep your larger financial goals in mind.

Don’t miss: Nearly 70% of Americans say they’re cutting back on monthly spending—and saving money isn’t the only reason why

Thu Nov 22 , 2018
Image 1 of 2 ▼ FILE- In this Oct. 24, 2017, file photo, vehicles travel along State Street, the main thoroughfare through town, as seen from the Bicentennial Tower in Erie, Pa. Each quarter, NerdWallet calculates home affordability for 172 metropolitan areas for which the National Association of Realtors publishes […] 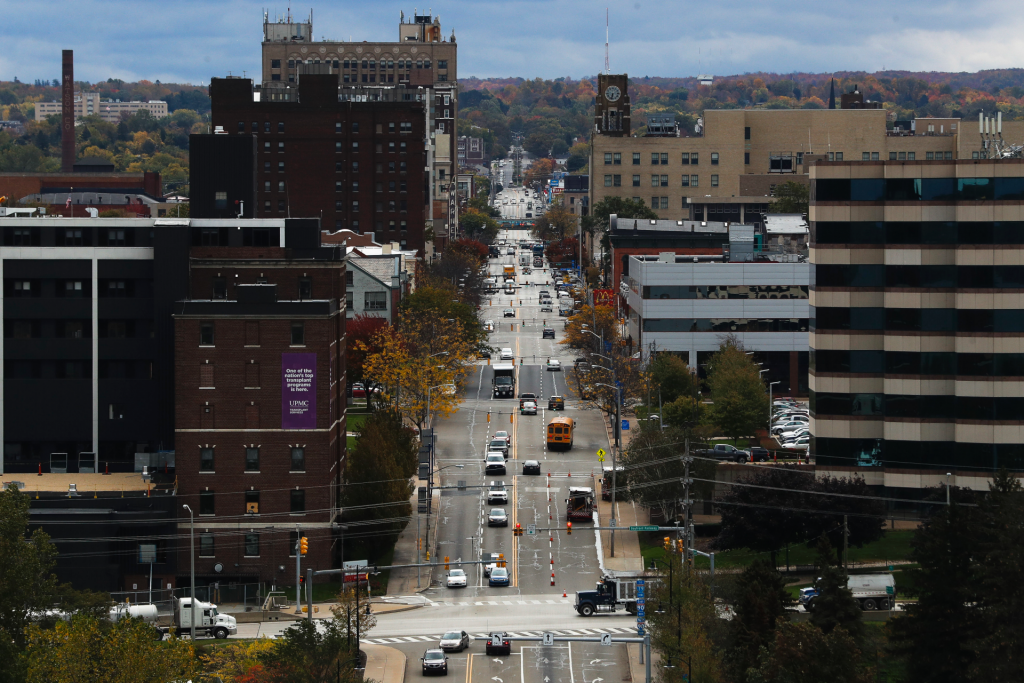