Here are the biggest calls on Wall Street on Thursday:

Goldman said the underperformance of the stock leads to a more “balanced” risk/reward.

“We upgrade M to Neutral from Sell following F1Q19 results, as we see a more balanced risk/reward in the wake of significant share price underperformance. Since our initiation at Sell on September 3, 2018, shares have fallen 41% vs. our coverage average of -16% and the S&P 500 of -2%. Our initial thesis was centered on our view that secular headwinds, coupled with traffic declines in M’s core department store business, would outweigh upside from near-term strategic initiatives like Backstage. Since then, M has seen deteriorating fundamental trends, delivering three consecutive quarters of declining gross margins and operating profit dollars. M has also pursued a more aggressive roll-out of new initiatives to drive traffic and customer acquisition, which, while encouraging, have come with a step-up in necessary investments. While we continue to believe M will see fading fundamentals in the medium term as secular challenges weigh, we see near term risk/reward as less skewed to the downside following underperformance. “

Nomura downgraded the maker of insulation, roofing, and fiberglass composites and said it is concerned that 25% tariffs will lead to further deterioration in housing growth.

“We are downgrading BLD, GMS, IBP, and OC to Neutral from Buy, as we believe residual demand impacts from increased tariffs rates would impact companies most exposed to the new residential construction end market. “

“We are upgrading KBH to Outperform and raising our Price Target to $30 from $25, as our analysis points to sequential improvements in KBH’s pricing dynamics, showing better breadth of base floor plan price increases and diminishing levels of pricing reductions for both plans and spec inventory, alongside early signs of recovery in its key Western markets. Our $30 PT is based on 1.2x our YE’19E TBV. “

Credit Suisse said after an investor meeting that it saw increased confidence in both management and the prospects for Pfizer‘s new products.

“Elevating Pfizer to Our Top Pick in Large Cap US Pharma: We hosted an investor lunch today with members of Pfizer’s management team, including Albert Bourla (CEO), Angela Hwang (Group President, Pfizer Biopharmaceuticals), and Chuck Triano and Bryan Dunn (Investor Relations). We upgraded Pfizer shares to Outperform back in January given what we saw as an emerging new product story with an attractive risk/reward. Our lunch provided us with increased comfort on the Pfizer management team and also incremental reasons for optimism on how the new product story will evolve in the coming months. We reiterate our Outperform rating and $48 target price and, with ~18% upside to our target price, now see Pfizer as our top large cap pick in US Pharma. “

B. Riley FBR upgrading Liberty Media Formula One to ‘buy’ from ‘neutral’

B. Riley FBR said the global motorsports company should see “further inflection” after spending the last few years “foundation building” with the Formula One teams.

“We are upgrading shares of Liberty Formula One, from Neutral to Buy, and raising our price target, from $35 to $46. While our valuation for the core F1 racing league, at $10.6B, is little changed from our initial January 2017 outlook, FWONK’s 33% stake in Live Nation (LYV) has more than doubled since then, to $4.5B. After bottoming-out below $30 a share in late December, FWONK has recently throttled back towards all-time highs. This time, however, we see FWONK poised for a further inflection as it begins to harvest the benefits of two-plus years of foundation building and fostering better alignment with the 10 F1 teams. Moreover, our sentiment checks suggest interest in F1 is surging YTD, which bodes well for rights fee step ups heading into a group of major broadcast renewals in 2021, as well as new sponsorship and hospitality opportunities. Our base case provides 23% upside from current levels; but we also see the risk/reward here as favorably skewed, with a bull case yielding 54% upside and a bear case implying 20% downside. “

It's up to Robert Mueller whether he wants to testify to Congress, Attorney General Barr says

Thu May 16 , 2019
Former FBI Director Robert Mueller at the US Capitol in Washington, DC on June 21, 2017. Saul Loeb | AFP | Getty Images Robert Mueller will decide whether he will testify to Congress, Attorney General William Barr told The Wall Street Journal. President Donald Trump had earlier said that it […] 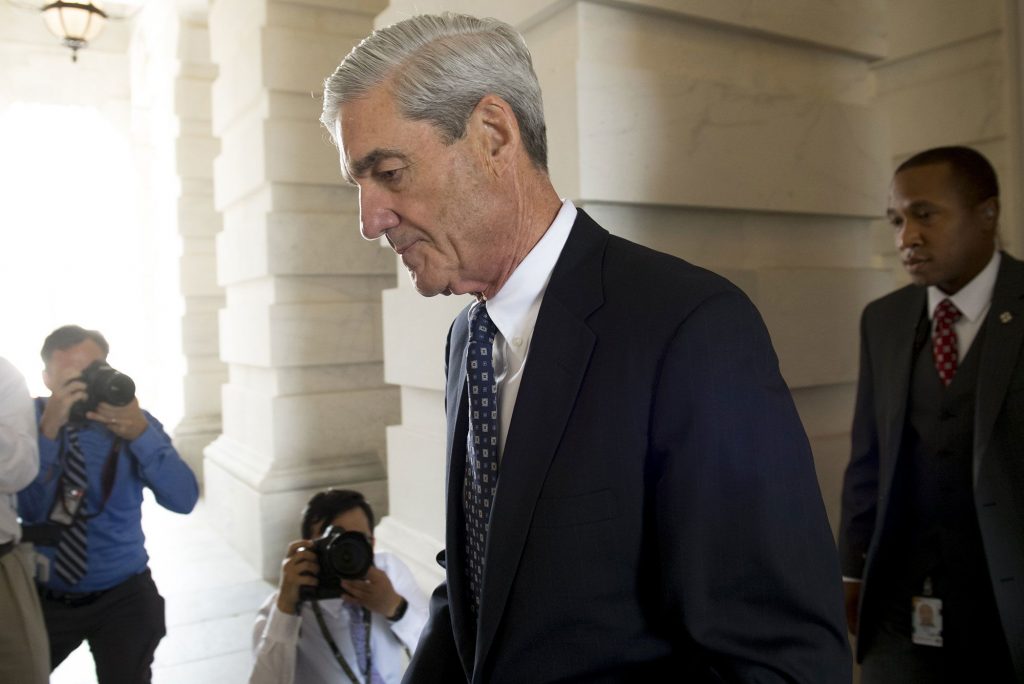