Viral headlines wrongly suggest that the Ukrainian government gave more money than any other country to the Clinton Foundation. But the 2015 news report cited does not support that.

Lifezette.com reported: “Ukraine Donated the Most Cash of Any Country to the Clinton Foundation.” Its sub-headline continued: “Yes, the nation in the white-hot political spotlight right now forked over more donations to the Democratic entity than any other.”

But a spokesman for the Clinton Foundation said the Ukrainian government had not donated to the organization, and the evidence cited in the articles doesn’t support that contention, either.

Instead, the headlines inaccurately represent a 2015 report from the Wall Street Journal (which the articles later cite). In the story, the Journal includes a chart of “foreign donors” that shows “Ukraine” at the top. But these were donations by the nationality of individuals who contributed — not by foreign governments.

The Journal article specifically looked at “foreign individuals and their foundations and companies” who “were large donors to the Clinton Foundation” while Clinton was secretary of state from Jan. 21, 2009 to Feb. 1, 2013.

In the case of Ukraine, the amount given appeared so high because of one donor — Victor Pinchuk, a former Ukrainian parliamentarian and businessman whose father-in-law is a former president of Ukraine.

“Between 2009 and 2013, including when Mrs. Clinton was secretary of state, the Clinton Foundation received at least $8.6 million from the Victor Pinchuk Foundation, according to that foundation, which is based in Kiev, Ukraine,” the Journal reported. “It was created by Mr. Pinchuk, whose fortune stems from a pipe-making company. He served two terms as an elected member of the Ukrainian Parliament and is a proponent of closer ties between Ukraine and the European Union.”

The newspaper also said that, in 2008, “Mr. Pinchuk made a five-year, $29 million commitment to the Clinton Global Initiative, a wing of the foundation that coordinates charitable projects and funding for them but doesn’t handle the money. The pledge was to fund a program to train future Ukrainian leaders and professionals ‘to modernize Ukraine,’ according to the Clinton Foundation. Several alumni are current members of the Ukrainian Parliament. Actual donations so far amount to only $1.8 million, a Pinchuk foundation spokesman said, citing the impact of the 2008 financial crisis.”

Hillary Clinton came under criticism during her 2016 presidential campaign amid questions about whether foreign governments had used the foundation to leverage access to the secretary of state.

The Clinton Foundation publicly reports, and its foundation spokesman confirmed, that other foreign entities have given more than the Pinchuk Foundation (which is listed as having given between $10 million and $25 million). Among organizations listed as giving “greater than $25 million” are Nationale Postcode Loterij (based in the Netherlands), the Children’s Investment Fund Foundation (based in London), and Unitaid (headquartered in Switzerland). Frank Giustra of the Radcliffe Foundation in Canada (now called the Giustra Foundation) is also listed in that tier.

While the Clinton Foundation said the Ukrainian government has not donated, there have been grants from other governments — including Norway, Australia and Saudi Arabia, according to the foundation’s donor list. All gave at least $10 million.

But the erroneous headlines circulating on social media wrongly tell users that Ukraine gave the “most cash of any country,” misleading those who don’t click to read the full story. Even then the facts aren’t immediately presented in the stories.

The Lifezette.com piece, for example, begins: “A shocking new report reveals that Ukraine donated more money to the Clinton Foundation than any other county on Earth.” The “new report” it references is the four-year-old Wall Street Journal story, which didn’t say that.

It’s worth noting that the Pinchuk Foundation also donated in 2015 — albeit a much smaller amount of money — to the since-dissolved Donald J. Trump Foundation, as documented in a 2015 tax filing by the foundation. The $150,000 donation was for Trump, then a presidential candidate, to speak via video to a conference in Ukraine organized by Pinchuk, the Washington Post reported, citing a spokesman for the Pinchuk Foundation.

Why Facebook's libra cryptocurrency is in trouble

Fri Oct 25 , 2019
When Facebook first announced it was getting into the crypto business—with a basically unregulated currency called Libra—the reaction from Wall Street and government bankers was about as expected. There was skepticism and pushback from both quarters.  Fast-foward a few months, and Libra is in trouble. The social media giant had […] 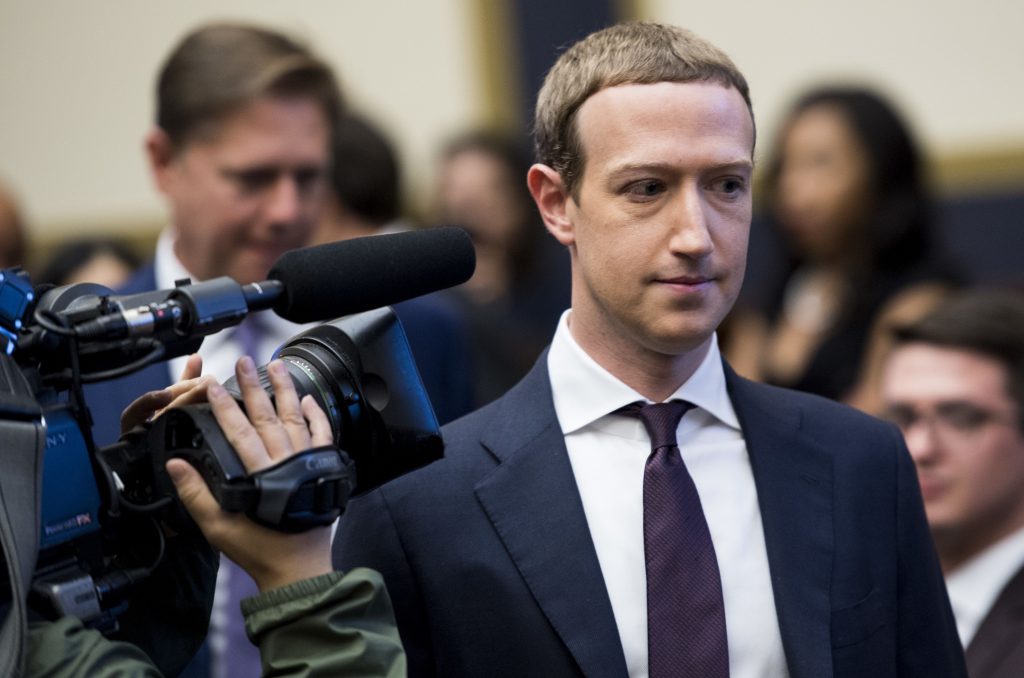