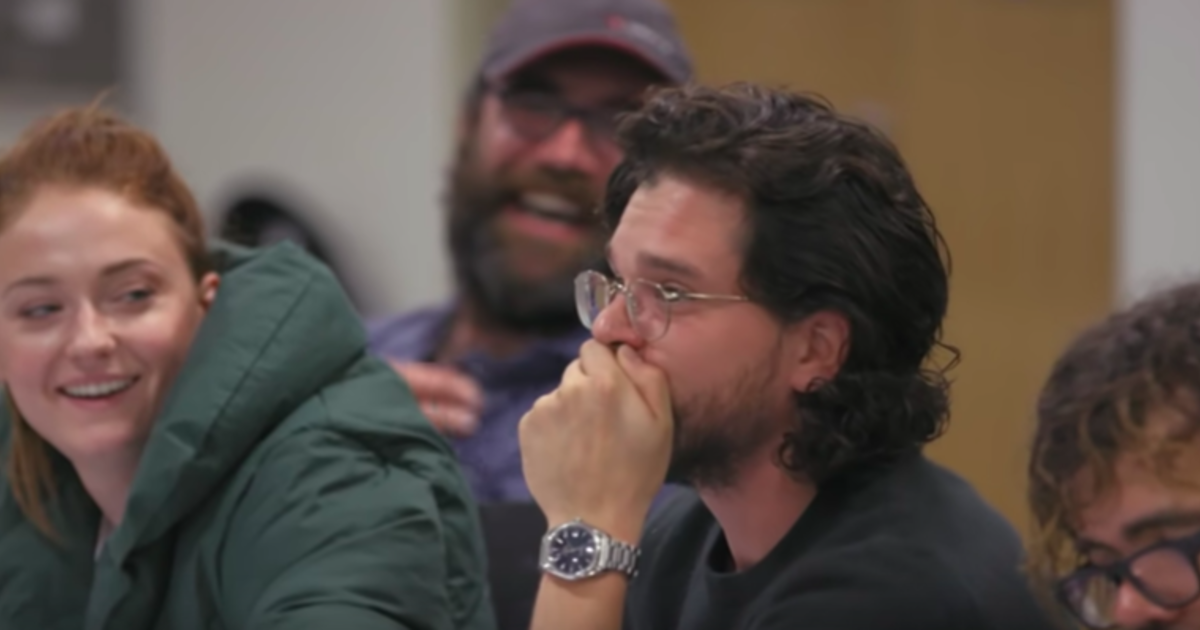 The hit HBO series “Game of Thrones” is coming to a close this Sunday, and fans will soon learn the fate of the characters still standing after the bloody Battle of King’s Landing. A week after the final credits roll, the platform is debuting a 2-hour documentary centered around the making of the final season — and they just debuted the official trailer Monday.

The emotional one-minute long trailer begins with one of the drama‘s showrunners D. B. Weiss, speaking to the cast at the final table read. “This is strange,” said Weiss. “Here we are at the last table read. It’s like looking around and seeing your family.” The camera pans to stars of the hit, including Kit Harrington (Jon Snow), who appear to be crying, before the entire cast erupts into cheers at the speech.

The video shows behind-the-scenes clips from the making of the show, including horses running in front of a green screen, night shoots and cameras capturing the filming of massive The Battle of Winterfell, as well as the Battle of King’s Landing. Various people speak throughout the clip, with one member of the cast saying to camera, “I can’t even begin to imagine how this is going to look on TV.”

In one stunning moment, the trailer shows Emilia Clarke (Daenerys Targaryen) walking off set after filming her final scene for the show as those involved in the production clap for her.

“Game of Thrones: The Last Watch” will premiere one week after the final episode of season eight, on Sunday, May 26 at 9 p.m. ET. The documentary was announced in late March by HBO. The work, “delves deep into the mud and blood to reveal the tears and triumphs involved in the challenge of bringing the fantasy world of Westeros to life in the very real studios, fields and car-parks of Northern Ireland,” HBO said.

Tue May 14 , 2019
Authorities say there has been an explosion at a paper plant in north-central Oklahoma. Muskogee County officials say an explosion and fire were reported late Monday night at the Georgia-Pacific plant in Muskogee, about 50 miles (80.46 kilometers) southeast of Tulsa. Continue Reading Below Muskogee County Commissioner Ken Doke says […]