Initial public offerings are more popular with investors now than they have been in 20 years, but after Friday performance of some recent IPO stocks, it might put a caution flag up for future stock buyers.

Underperforming IPOs caught the attention of several market watchers Friday. Domo, CrowdStrike and PagerDuty — all recently went public — and saw big drops in their stock price on the last day of trading for the week. Another recent entry, Zoom Video shed two percent following a relatively strong second-quarter report. The much-buzzed-about Beyond Meat saw a decline of five percent after D.A. Davidson initiated coverage with an underperform rating and a price target at $130, almost 19 percent below the stock’s closing price Friday.

If these performances do not give investors pause, a recent report on IPOs from Goldman Sachs might. “Most IPOs underperform, but some new offerings outperform dramatically,” wrote Goldman analyst David Kostin. Today’s performance may be a case in point but it is Kostin who points out the two-decade popularity of IPOs with investors.

For a wider sample beyond today’s fall by some former high-flyers, a look at IPOs since 2010 show the median IPO stock has trailed behind the Russell 3000 by 28 percent over their first three years of trade according to the Goldman Sachs report. The Russell 3000 index tracks the performance of the 3,000 largest U.S.-traded stocks “For example, an investor that purchased $100 of every US IPO completed during the past 25 years would have generated a 0.6 percentage point annualized excess return versus the Russell 3000 index,” Kostin wrote. “In contrast, the typical IPO completed during the same period has lagged the market during the first 12, 24, and 36 months as a public company.”

For today’s batch of recent under-performers, the picture is not pretty beyond Friday’s drop. Zoom Video Communications Inc., which went public in April 18, the initial public offering was $36 a share but has since dropped 9.7 percent in the last three-month period. In the past five days alone it has turned in a 7.35 percent loss.

Cybersecurity company CrowdStrike went public on June 12, issuing 18 million shares at $34 a share, but has since dropped nearly 20 percent in the last 30 days. And in the last five days, it has seen a 6.5 percent drop in IPO stock value.

PagerDuty went public on April 11 at $24 per share but has taken a 33 percent loss over a three month period, and a 17 percent loss this week.  Meanwhile, media darling Beyond Meat, the plant-based “meat” company priced at $25 on May 2nd and skyrocketed more than 700 percent in less than two months but has come back to earth of late with gains of nearly 12 percent the last three months. But now Beyond Meat is facing analyst downgrades such as today’s by D.A. Davidson which believes Investors have overestimated the potential size of the planet-based meat industry.

Domo, a Utah data analytics company that went public in July 2018 at $21 per share — and was dubbed the “Utah Unicorn” prior to going public  — has seen a plunge of 4 percent over the past three months.

Lyft, which went public in late March and opened at $72 per share, currently sits at a nearly 25 percent loss over the last three months and down nearly 30 percent below the initial offering price.

Despite these the rough seas, proceeds from IPOs are set to hit $46 billion this year, which would be the largest single-year gain since 1999. Some of the names expected to go public sometime in 2019 include The We Company (formerly WeWork), Airbnb, Peloton and Postmates.

Fri Sep 6 , 2019
FROM THE CANDIDATES ELIZABETH WARREN: The Massachusetts senator picked up a big endorsement in Iowa Friday from Amber Gustafson, a local activist and Membership & Community Outreach Leader for Moms Demand Action Iowa, according to CBS News Campaign Reporter Adam Brewster.  Many campaigns competed fiercely for Gustafson’s endorsement. In an interview, Gustafson […] 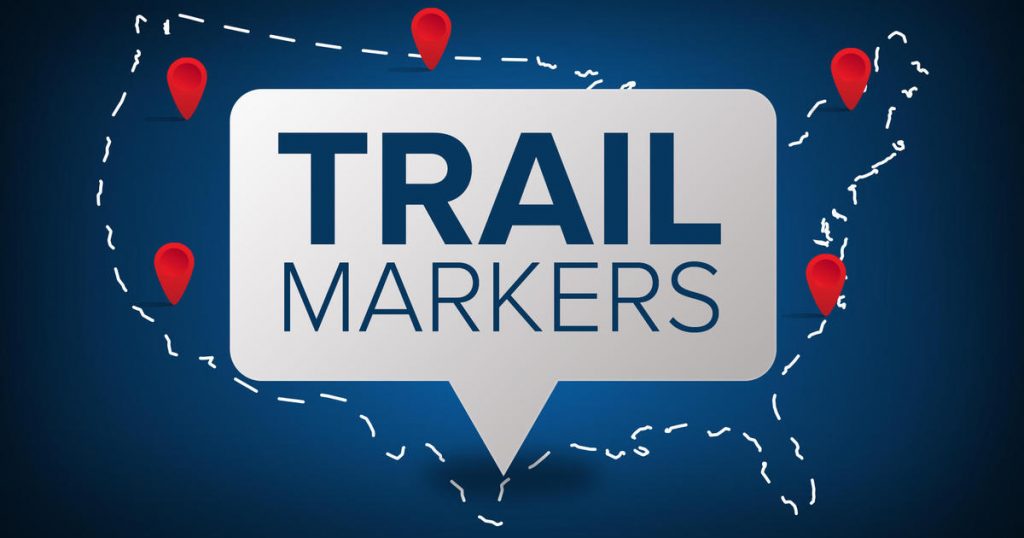