(Reuters) – Halliburton Co sought to convince investors on Monday that weak pricing which has undermined oilfield services providers over four years was on the verge of turning a corner.

Better-than-expected revenue in North America, along with the company’s claim that prices were bottoming out, initially drove shares in the oilfield services giant almost 5 percent higher after it published first quarter results.

But analysts and investors were unconvinced by a post-earnings conference call with management, which gave little hard evidence and left doubts over future pricing at a time when oil producers have been cutting investments.

Shares of Halliburton were flat in midday trade.

“I don’t think there was anything in there to get people off the sidelines,” said Jennifer Rowland, an analyst at brokerage Edward Jones, arguing the company’s comments fell short of what was needed to shift sentiment around the industry.

“We are still kind of in the hope phase that the second half is going to look better,” she said.

Halliburton and larger rival Schlumberger NV have been struggling with a tightening of spending by U.S. oil producers in response to shareholder pressure for greater returns following a period of heavy investment in shale.

The Houston-based company, known globally for its investment in post-war Iraq, posted an 11 percent rise in international revenue on the back of gains in Mexico, Argentina and the Middle East, areas where Schlumberger also reported gains last week.

However, in contrast to its larger rival, Halliburton said activity in its largest market North America was modestly higher, adding that it expects demand for its services to progress modestly for the next couple of quarters.

“We believe the worst in the pricing deterioration is now behind us,” Halliburton Chief Executive Officer Jeff Miller said.

Halliburton’s revenue from the region fell 7 percent to $3.3 billion in the three months ended Mar. 31, but came in above the $3.13 billion that five analysts had estimated on average, according to IBES data from Refinitiv.

As expected, Miller also forecast further falls – a 6 percent to 10 percent decline in spending by oil producers in North America in 2019 – lower than the 10 percent fall forecast by Schlumberger.

The company said it expects second quarter margins to rise 50 to 150 basis points from the first in both its drilling and evaluation units, as well as in its completion and production business.

The company also reiterated its expectation of high single-digit growth for 2019 in international markets.

On an adjusted basis, it earned 23 cents per share, edging past an average estimate of 22 cents. Revenue of $5.74 billion also beat a consensus of $5.53 billion.

Mon Apr 22 , 2019
Kraft Heinz’s Bernardo Hees is the latest CEO to announce his exit from a food company, as the industry goes through unprecedented turnover and challenges. The parade of departures includes Kellogg’s John Bryant, Mondelez International‘s Irene Rosenfeld and Campbell Soup‘s Denise Morrison. When Morrison left last May, she capped at […] 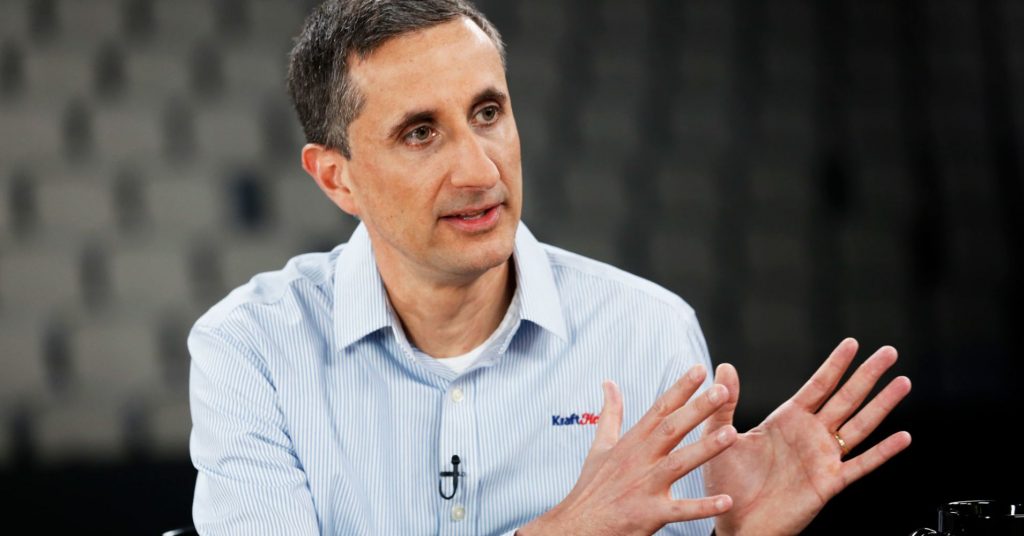