FILE PHOTO: Haiti’s Prime Minister Ariel Henry attends the signing ceremony of the “Political Agreement for a peaceful and effective governance of the interim period” with the opposition, in Port-au-Prince, Haiti. September 11, 2021.REUTERS/Ralph Tedy Erol

HAVANA (Reuters) – Fresh turmoil hit Haiti’s government on Wednesday as a senior official stepped down saying he could not serve a premier under suspicion in the assassination of President Jovenel Moise and refusing to cooperate in the investigation.

The resignation of Renald Luberice, who served more than four years as secretary general of Haiti’s Council of Ministers, came after new evidence emerged linking Prime Minister Ariel Henry to the former justice ministry official suspected to be the mastermind behind Moise’s killing.

Henry has denied any involvement in the murder but he has not directly addressed the phone calls and on Tuesday he replaced https://www.reuters.com/article/us-haiti-politics-idAFKBN2GA1RJ Haiti’s chief prosecutor who had been seeking to charge him as a suspect and ban him from leaving the country.

The premier last week dismissed attempts to interview him over Moise’s killing as politicking designed to distract him from the work at hand in the poorest country in the Americas where power struggles have for decades hampered development.

In a letter shared on social media on Wednesday, Luberice said he cannot serve someone who “does not intend to cooperate with justice, seeking, on the contrary, by all means, to obstruct it.”

More than 40 people including 18 Colombians have been detained so far as part of the investigation into Moise’s killing yet it has so far done little to solve the mystery and been riddled with irregularities.

Several judicial officials went into hiding after saying they received death threats while the original judge assigned to the case recused himself.

Moise named Henry, a neurosurgeon and political moderate, to the position of prime minister just days before he was assassinated in a bid to placate the political tensions that plagued his mandate and led to a major constitutional and political crisis.

The country has just a handful of elected officials after failing two years ago to hold legislative or municipal elections amid a political gridlock. Moise had ruled by decree. But there is no constitutional framework for a government in a situation like the current one.

As such, Henry needs a broad consensus in order to govern. On the weekend he announced an agreement between Haiti’s main political forces on a transition government aiming to lead next year to elections and a new constitutional referendum.

But any sign of weakness could lead to a fresh power struggle.

Senate President Joseph Lambert, who tried to claim the presidency in the days following Moise’s killing as the most senior elected official remaining, made a fresh swipe at the post on Tuesday evening.

He called local media to cover his swearing in at parliament but a gunfight interrupted proceedings. He has called for a news conference on Wednesday eve.

His likely claim to power “will another quagmire to this extra-constitutional scenario we find ourselves in” said a western diplomat based in Port-au-Prince.

Wed Sep 15 , 2021
U.S. Vice President Joe Biden (R) points to some faces in the crowd with his son Hunter as they walk down Pennsylvania Avenue following the inauguration ceremony of President Barack Obama in Washington, January 20, 2009. Carlos Barria | Reuters The Federal Election Commission has ruled Twitter did not violate […] 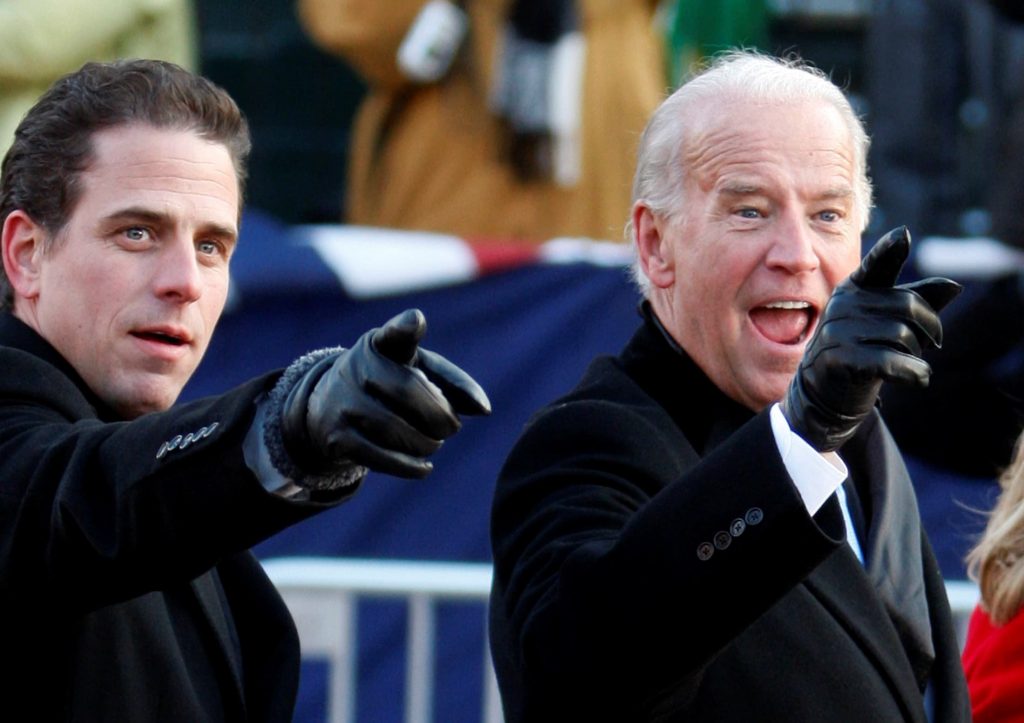