Prime Minister-elect Kyriakos Mitsotakis told CNBC there was a strong mandate for change in Greece with his party set for an outright majority at Sunday’s elections.

Official results showed Mitsotakis’s New Democracy party leading with 39.6% over Alexis Tsipras’ Syriza party, with 69% of the vote counted. The early results also suggested that the far-right Golden Dawn party would be short of the 3% minimum needed to enter parliament, a fall from 7% of the vote at the last election.

“It’s an important victory for Europe, not just for Greece. It looks like Golden Dawn has not made it passed the 3% threshold which is a great victory for Greek democracy,” Mitsotakis told CNBC’s Silvia Amaro.

“And I’m very proud that I took over a party that was at 28% in the last election and taken it to almost 40%. I’ve received an outright majority which many people thought was inconceivable a few years ago, but that means there is a real strong mandate for change in Greece, and this what I have promised to deliver and this is what I will do,” he added.

A resident of Makrynitsa offers a Greek National flag to Greece’s opposition New Democracy leader Kyriakos Mitsotakis (C) during his visit in the central Greek village, on July 2, 2019, during his pre-election campaign five days ahead of the general elections.

The opposition conservatives were on track to return to power by a landslide, unseating incumbent leftists blamed for foisting a bailout on the country which critics say was unnecessary.

Back in 2015, Tsipras and his Syriza party won the election with a promise of confronting the EU and ending austerity in a country that, since 2010, had been at the mercy of international creditors.

Tsipras’ first group of ministers and its confrontational tone did not go down well in Brussels. Tsipras ended up calling a snap election later that year, winning it, and presenting a fresh team and ultimately achieving a stable work relationship with the country’s creditors. The country ended its third consecutive bailout program last August, under Tsipras’ leadership and the country’s finance minister Euclid Tsakalotos.

Mitsotakis told CNBC Sunday evening his agenda is to grow the economy, to create more jobs and to “make sure that the Greek people feel safe again.”

“The new government will be announced tomorrow, so I ask you for a little bit of patience for the new minister of finance, who will be sworn in on Tuesday, our first cabinet meeting on Wednesday and work begins as of tomorrow morning,” he said when asked about the possible make-up of his government.

—Reuters and CNBC’s Silvia Amaro contributed to this article.

Sun Jul 7 , 2019
The Roman Catholic Archdiocese of Detroit said Sunday that it removed a prominent priest from public ministry after reviewing what it described as a “credible allegation” that he had sexually abused a child decades ago. The Rev. Eduard Perrone was suspended from ministry Friday, a month after The Associated Press […] 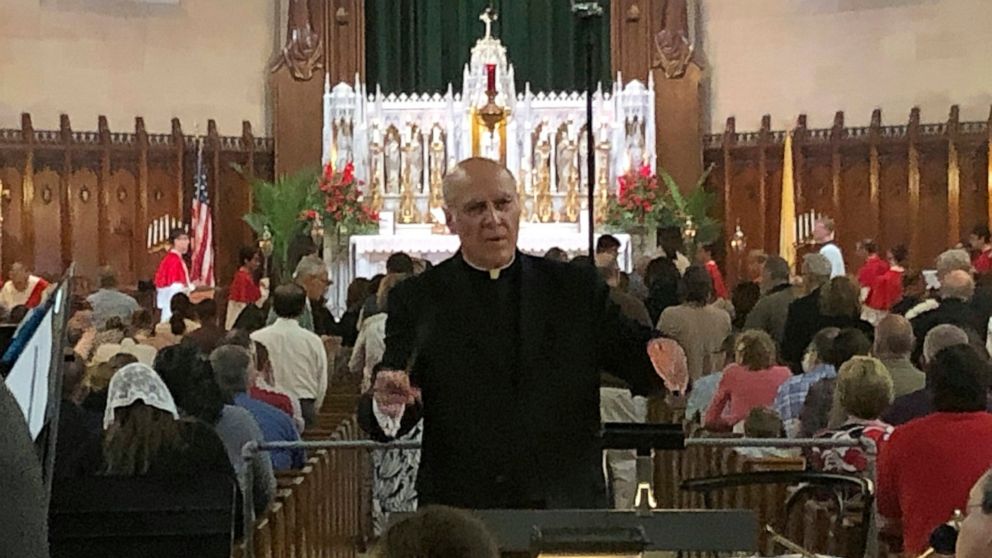