The court convicted a Golden Dawn supporter of the 2013 murder of anti-fascist rapper Pavlos Fyssas. Yorgos Roupakias, who had already confessed to participation in the killing, was among the members of a mob that chased Fyssas down and fatally stabbed him. He was accused of delivering the fatal stab wound and now faces a possible life sentence.

The verdicts announced Wednesday are the culmination of a marathon, five-year-long trial against the country’s extreme right-wing Golden Dawn party.

There was tight security around the Athens court as more than 15,000 people gathered for an anti-fascist rally outside. When the verdict on Roupakias was announced, crowds both inside and outside the court erupted in raucous cheers.

There were reports that tear gas was fired by police outside as they attempted to control the crowd.

The 68 defendants in the trial include 18 former lawmakers from the party that was founded in the 1980s as a neo-Nazi organization and rose to become Greece’s third largest party in parliament during the country’s decade-long financial crisis.

The court has been assessing four cases rolled into one: the fatal stabbing of Fyssas, attacks on migrant fishermen, attacks on left-wing activists and whether Golden Dawn was operating as a criminal organization.

The presiding judge of the three-member panel began reading the verdicts shortly after 11:30 a.m. local time, quickly delivering the guilty verdict against Roupakias.

Party leader Nikos Michaloliakos and 17 other former parliamentary members face at least 10 years in prison for leading or participating in a criminal organization. Dozens of others on trial, party members and alleged associates, face convictions on charges that range from murder to perjury — most linked to a spate of violent attacks in 2013.

Only 11 of the 68 defendants were present in the courtroom, with the rest represented by their lawyers. None of the former Golden Dawn lawmakers were in court.

About 2,000 police were deployed outside the court, as well as a drone and a police helicopter. The avenue outside the Athens courthouse was closed off to traffic and the building itself blocked off by a string of police buses.

The crowd outside waved banners with slogans including “Fyssas lives, crush the Nazis,” and chanted “The people demand the Nazis in jail.”

Representatives of parties across the political spectrum, from the governing conservative New Democracy party to Greece’s Communist Party, were outside the courthouse.

“The war against violence and hate is constant,” said New Democracy’s Giorgos Stergiou, noting it was under a New Democracy government that the prosecution of Golden Dawn began.

“Today the victims and society seek justice,” said center-left Kinal party leader Fofi Gennimata. “We are here because there is no room for fascism in our lives.”

The human rights group Amnesty International, which took part in and helped organize a network to record racist violence in Greece, said Wednesday’s verdict would boost the efforts of those trying to prosecute hate crimes.

“The accusations against the leaders and members of Golden Dawn, including the murder of Pavlos Fyssas, expose a fissure that exists not just within Greece but across Europe and beyond,” said Nils Muiznieks, Europe director at Amnesty. “The impact of this verdict, in what is an emblematic trial of an extreme far-right party with an aggressive anti-migrant and anti-human rights stance, will be felt far beyond Greece’s borders.”

Golden Dawn denies any direct link to the attacks and described the trial and charges brought against the party’s leadership as an “unprecedented conspiracy” aimed at curbing its rise in popularity.

“All supporters await an acquittal tomorrow, a decision that will trigger an even more strident nationalist campaign to take our country back,” it said Tuesday.

Wed Oct 7 , 2020
Kamala Harris and Mike Pence Reuters WASHINGTON — Vice President Mike Pence and Sen. Kamala Harris will lock horns in Salt Lake City Wednesday night in the first and only vice presidential debate of 2020.  But the coronavirus will cast a shadow over the show.  With less than four weeks […] 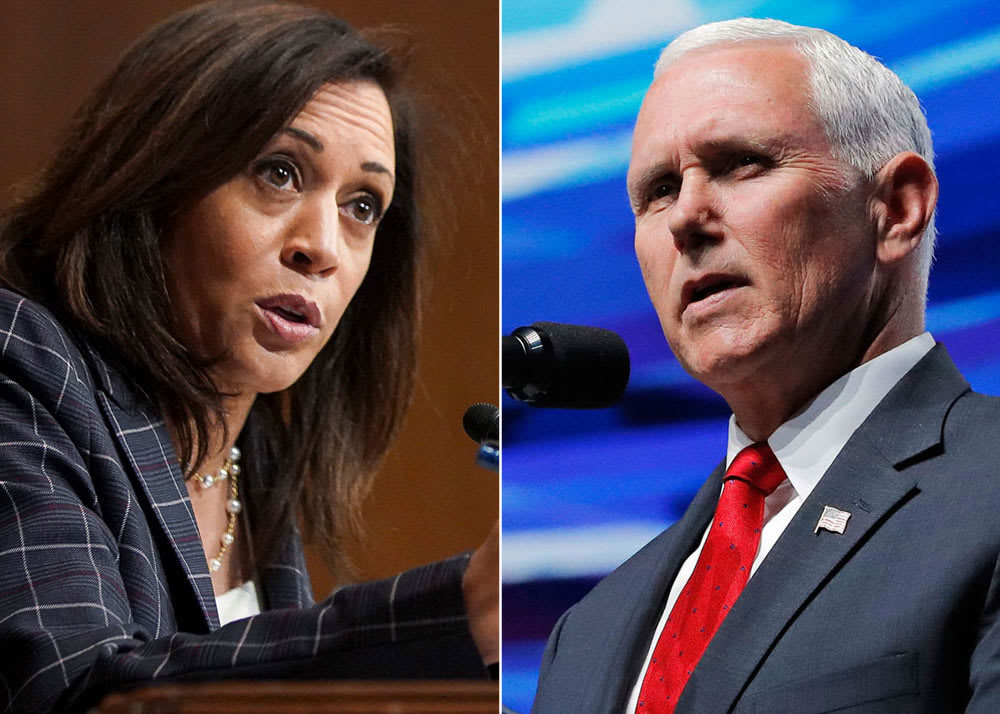