The federal workforce woke up Monday to the first real day of the government shutdown, with hundreds of thousands of civil servants expected to stay home from work until a spending bill is approved in Congress and signed by the president.

Negotiations on Capitol Hill broke down again late Sunday, where Senate Democrats are seeking a permanent fix for some 800,000 undocumented young people who were shielded from deportation under Obama-era DACA rules until last fall, when President Donald Trump canceled the DACA program.

Senate Majority Leader Mitch McConnell said he “hoped” to hold a vote on immigration reform measures, including DACA, soon after Democrats agree to reopen the government.

But on Monday morning it was becoming clear that Senate Democrats would need more firm verbal assurances from the Republican leader that DACA would receive a vote.

“I’m seeking reassurances from Republicans in his caucus that they will also insist on this process,” Sen. Chris Coons, D-Del., said on CNN. “I think we can get there today … but I’ve got to have trust.”

Both Democrats and Republicans in the Senate are scheduled to meet with their caucuses on Monday morning, with a vote planned for midday on a bill to keep the government open for another three weeks, while negotiators work out a more permanent immigration fix. Republicans are hoping that enough Democrats will cross party lines to support the bill now that McConnell has promised to address their issues.

As long as the shutdown continues, the president’s schedule is effectively paralyzed, including a planned trip to Davos, Switzerland later this week, where he is expected to address the World Economic Forum.

As of Monday morning, White House aides said that the president’s schedule was being made on a “day-to-day” basis.

McConnell says he intends to have immigration debate if government reopens

Mon Jan 22 , 2018
Senate Majority Leader Mitch McConnell said Monday that he intends to hold a debate over immigration measures, such as the Deferred Action for Childhood Arrivals program, to the floor before Feb. 8 – but only if the government reopens. The Kentucky Republican spoke on the Senate floor hours before the […] 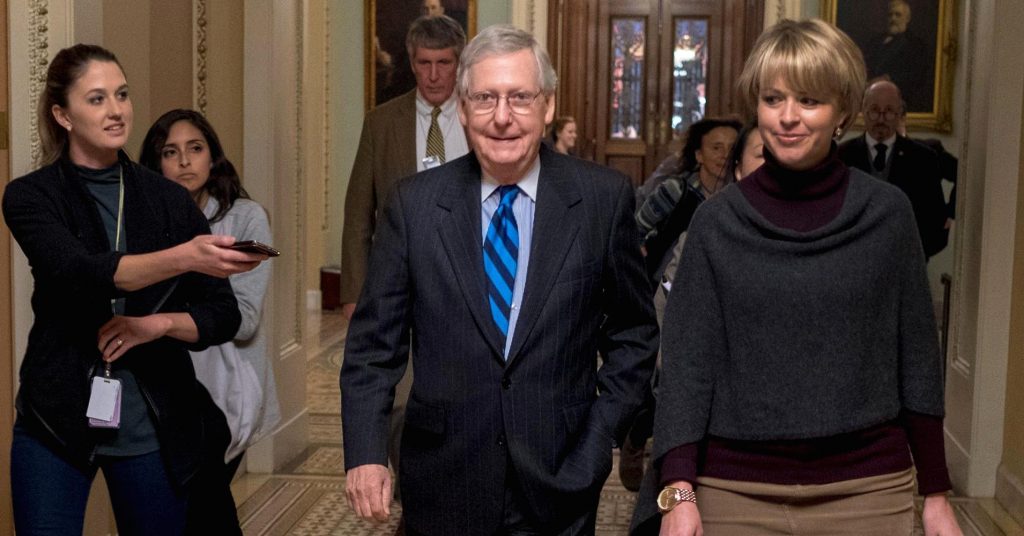