On Wednesday, Republicans passed sweeping tax reform legislation that is expected to lower tax rates for many Americans, and you should be prepared to adjust your retirement strategy accordingly, one expert says.

Now is not the time to stash all of your money into pre-tax account like a 401(k) or traditional IRA, according to tax attorney and certified financial planner Rebecca Walser, because the combination of tax cuts and economic trends could lead to much higher rates in the future.

“[With] pre-tax wealth, the government gets to decide what the tax rate is as you pull that out,” she said. “This is the time to pay the tax as you earn [the money], put it into the after-tax vehicle and let that money grow your whole life … tax-free.”

In a traditional 401(k) or IRA account, money goes in tax-free and is taxed upon withdrawal. In a Roth IRA, taxes are paid at the time of contribution and then the money grows and can be withdrawn tax-free.

Walser identified two distinct economic trends that could spell trouble for pre-tax savings 20 to 30 years down the road. The first is the U.S. debt, which currently totals more than $20 trillion. On top of that, Republicans just passed a bill to cut taxes, potentially tacking more onto that amount over the coming years. As Walser pointed out, 401(k)s were widely rolled out in 1981, at a time when the U.S. debt fell shy of $1 trillion. The government will be faced with a whole new set of economic problems by the time many of today’s workers look to pull their funds out of those accounts, which could mean higher tax rates.

Next, the baby boomer generation is beginning to retire en masse. In fact, about 10,000 men and women retire each day, according to the Pew Research and the Social Security Administration. This is a “double negative,” according to Walser, because not only will they stop paying into the system, they will become “net takers” from the government.

“The amount of pressure that our federal government will face from [these trends] … The 30-year tax picture looks a lot worse.”

Finally, over the near-term, tax rates could be on the decline for many individuals now that Congress has approved the GOP tax reform plan. That will allow workers to get a relatively low rate on retirement savings stashed into a Roth account.

“It does make a lot of sense to leverage the tax rates being low,” Walser added. “I don’t think we will ever see this again, this is once in a lifetime.”

There are additional benefits to Roth IRA accounts. Hans Scheil, president of Cardinal Advisors, pointed out that younger Americans are able to withdraw funds from these types of accounts in order to buy their first homes. Individuals can also withdraw funds to pay off higher education expenses.

Despite the benefits of after-tax savings strategies in the current environment, Walser said you shouldn’t completely neglect 401(k) plans as you plot your retirement.

“Our general recommendation is not to walk away from free money … [But] beyond the match we would not advise you to [keep contributing to a pre-tax account].”

Catalan separatists on track to regain control of parliament 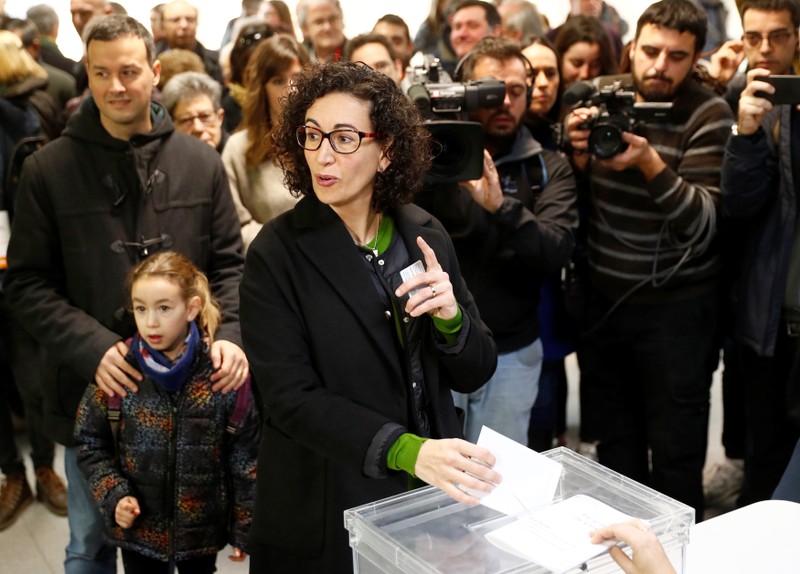