First term legislators of the Pennsylvania House of Representatives are sworn-in at the state Capitol in Harrisburg, Pa. (AP Photo/Laurence Kesterson)

Tensions are running high in the Pennsylvania state capitol amid a partisan fight over state Senate election results. On Tuesday, GOP state senators refused to allow Democrat Lt. Gov. John Fetterman to preside over the proceedings.

This came after Fetterman refused to accept a motion from the Republican side to not to seat Democrat incumbent Jim Brewster in the chamber. Brewster’s recent election is currently being audited amid a challenge from Republican candidate Nicole Ziccarelli.

This was the body’s first meeting since the 2020 general election when new members were expected to be sworn in. Brewster was declared the winner of Pennsylvania’s 45th District by state election officials, beating out Ziccarelli by nearly 70 votes.

Ziccarelli challenged the results in federal court while claiming the dates on more than 300 mail-in ballots were not filled out. She believes she would have taken the lead if officials didn’t accept the contested ballots.

I am confident that when this process has concluded I will be the winner and I look forward to serving you in the Pennsylvania Senate next year.

My family and I wish you and yours a wonderful holiday season and a Happy New Year despite the difficult times.
/end

GOP state senators said the Pennsylvania Constitution gives them the authority to not seat members if they deem them unqualified for office.

In the meantime, Republican state senators said they will keep the seat empty until they review the election results. They did not disclose how long it will take to go over the challenge.

Senate runoffs in Ga. still too close to call 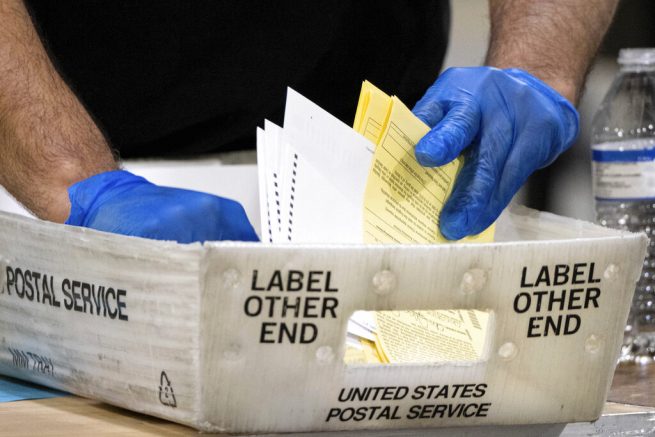