Google’s hefty investment in artificial intelligence might be making its way to the crib.

According to a patent application filed last year and published on Thursday, Google is researching technology that could track a baby’s eyes, movements and sounds using “intelligent” audio and video. If the behavior seems abnormal, the cloud-based system would notify parents on their device.

Google and Amazon have both been embedding their voice assistants in smart baby monitors, providing more ways for new parents, who grew up with smartphones, to watch and hear their kids while they sleep. However, the WiFi-connected gadgets have drawn controversy following stories of monitors being hacked, an issue that would likely gain even more scrutiny with additional AI embedded in the devices.

For now, it’s just an application. Google files hundreds, or even thousands, of them each year and many never materialize into products. But this one falls into two areas that have been of increasing interest to the company — smart homes and baby tech.

In May, Google announced it would consolidate its Nest and Google Home products under a single smart home brand called “Google Nest,” which includes security cameras, thermostats and alarm systems.

Two months later, sister company Verily, a division of Alphabet that’s broadly focused on health data collection and disease prevention, partnered with Pampers on a “smart diaper” system called Lumi. Activity sensors on the diapers track wetness and sleep and make the data available on a mobile app. That system also includes a video monitor that has night vision and two-way audio, which the companies claim can track room temperature and humidity.

Based on the newly-published patent application, Google says it could use an HD video monitor and its AI engines to determine if a baby was in a “non-auditory discomfort” state.

Position detection may ascertain whether the baby is standing, kneeling, laying down, crawling, walking, climbing or in some other stationary or moving position, according to the application.

“If the baby is continually tossing and turning, the baby may be in some form of discomfort, such as being too hot or too cold,” it says.

An “eye state analysis” would determine whether the baby is awake or asleep by “by detecting eye pupils, whites of the eye, and/or irises.” The filing adds that a notification could alert a caregiver if the baby reaches a “discomfort” state.

The inventors are listed as William Greene, who’s co-authored several patents at Google related to connected devices, and Michael Dixon, an algorithm software design engineer at Nest. A Google spokesperson didn’t immediately respond to a request for comment.

Symantec pops on report that private-equity firms made buyout proposal

Fri Sep 6 , 2019
Greg Clark, former CEO of Symantec, speaks during an interview in San Francisco. Bloomberg | Getty Images Symantec shares jumped as much as 7% on Friday following a report that private-equity firms Permira and Advent International expressed interest in buying the company for $26 to $27 per share. The middle […] 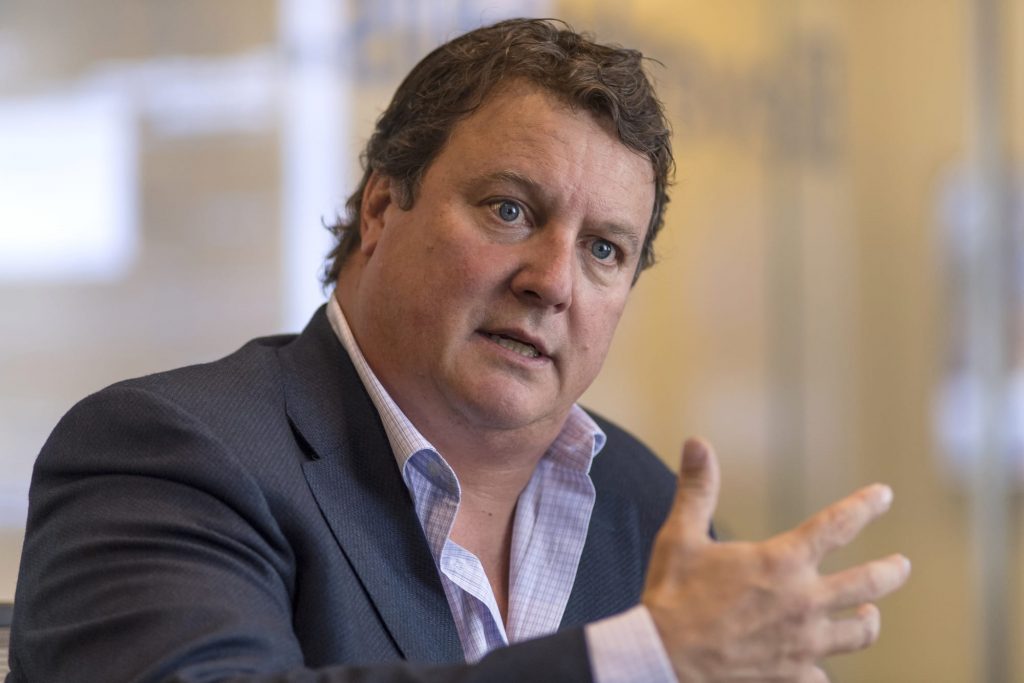