Golf – The 147th Open Championship – Carnoustie, Britain – July 20, 2018 Zach Johnson of the U.S. reacts after making birdie on the 18th during the second round REUTERS/Andrew Yates

CARNOUSTIE, Scotland (Reuters) – Former winner Zach Johnson continued his love affair with the British Open by sneaking up on the coat tails of leader Kevin Kisner midway through the second round on Friday.

While the 42-year-old Johnson was plotting his way to a four-under 67 in cold, wet conditions at Carnoustie, Tommy Fleetwood (65) and Rory McIlroy (69) were delighting the home fans by moving into title contention.

Fourteen-times major winner Tiger Woods registered a second level-par 71 but Dustin Johnson and Justin Thomas, the top two in the world rankings, are almost certain to miss the cut on 148 and 146 respectively.

Overnight pacesetter Kisner, a late starter, was seven-under with five holes to go, one ahead of Zach Johnson.

The umbrellas were up and the waterproofs out as rain greeted the players at the start, in complete contrast to the blue skies and sunshine that have been in evidence all week.

The par-71 seaside links represented a completely different challenge to the first round, with the players generally taking much longer clubs off every tee as the earlier bone-dry fairways suddenly became a thing of the past.

Zach Johnson, who won the event at St Andrews three years ago and has posted two other top-10 finishes in golf’s oldest major, recovered from a bogey at the opening hole with birdies at the third, fourth, sixth, 14th and 18th.

He produced a grin as wide as the North Sea that skirts the Carnoustie layout and raised his putter to the crowd when he rammed in a 35-foot putt at the closing hole.

“I think my game lends itself to this championship because my style can play here,” said Johnson. “I take what the golf course gives me and I try to execute.

“It seems to me with the exception of maybe one hole today, it was very apparent what club I needed to hit off the tee box. Yesterday it was much more trying.”

Fleetwood, who shot a course record 63 here at last year’s Dunhill Links Championship, flourished again by stringing together six birdies in a sizzling round.

The Englishman, though, was not entirely satisfied with his effort. “I never felt fully comfortable out there,” said last month’s U.S. Open runner-up.

“A lot of the shots I was just looking up and I was really happy they were going straight. I didn’t feel fully confident and fully comfortable in my swing so there’s still a bit of work to do there.”

McIlroy was extremely pleased after he mixed four birdies with two bogeys.

“Geez, under those conditions, I would have taken that score going out,” said the Northern Irishman. “It wasn’t that bad but it was damp and cold enough that the game plan I was trying to adapt to be aggressive and hit driver a lot, I couldn’t do it.

“I would have loved to have had a bogey-free round. I made bogeys on 12 and 15 but I made enough birdies to cancel them out on the back nine.”

Woods thanked the fans for ignoring the inclement weather and turning up in large numbers.

“It’s fantastic to have the support we’ve had, for as many people that came out in the rain to support us,” he said. “They walked all the way around cheering for us — it’s very appreciated.”

Jeanine Pirro says Whoopi Goldberg treated her "like a dog"

Fri Jul 20 , 2018
Fox News host Jeanine Pirro said her argument with “The View” co-host Whoopi Goldberg was no less fierce off camera. Pirro, who was a guest on “The View” on Thursday, claimed Goldberg kicked her off the set and treated her “like a dog” behind the scenes.  Pirro described the encounter […] 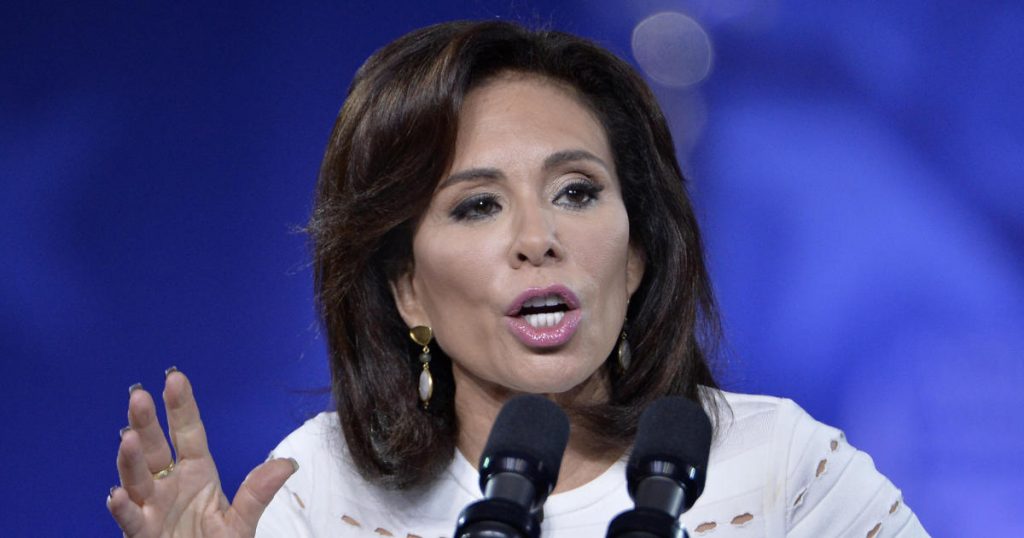