(Reuters) – This year’s Ryder Cup, which was scheduled to be held in late September in Wisconsin, has been postponed until 2021 due to the COVID-19 pandemic, organisers said on Wednesday.

The hotly-contested biennial team competition between the United States and Europe, known for its raucous, partisan crowds, was originally scheduled for Sept. 25-27 at Whistling Straits. It will now be held Sept. 24-26, 2021.

The Presidents Cup, which pits a 12-man team from the U.S. against international players from outside Europe, was also postponed a year and will played Sept. 22-25, 2022 at Quail Hollow Club in North Carolina, organisers said.

Organisers said medical experts and public authorities in Wisconsin were not able to provide certainty that conducting an event responsibly with thousands of spectators in September would be possible.

“As disappointing as this is, our mandate to do all we can to safeguard public health is what matters most,” PGA of America Chief Executive Seth Waugh said in a statement.

“The spectators who support both the U.S. and European sides are what make the Ryder Cup such a unique and compelling event and playing without them was not a realistic option.”

The Ryder Cup and Presidents Cup are the latest events on a ravaged golf calendar to be hit by the coronavirus outbreak, which already forced three of the sport’s four majors to be postponed while the British Open was cancelled.

“These two premier international team events are lifted by the spirit of the fans,” said PGA Tour Commissioner Jay Monahan.

“With the uncertainty of the current climate, we fully support the Ryder Cup’s decision to delay a year in order to ensure fans could be a part of the incredible atmosphere in Wisconsin, and the delay of next year’s Presidents Cup was the right decision in order to allow for that option.”

(Reporting by Frank Pingue in Toronto; Editing by Christian Radnedge)

Wed Jul 8 , 2020
Roger Stone arrives for his sentencing at the E. Barrett Prettyman Courthouse in Washington, DC on February, 20, 2020. Marvin Joseph | The Washington Post | Getty Images Facebook on Wednesday announced it removed a network of more than 100 accounts and pages posting misinformation on the company’s social network with […] 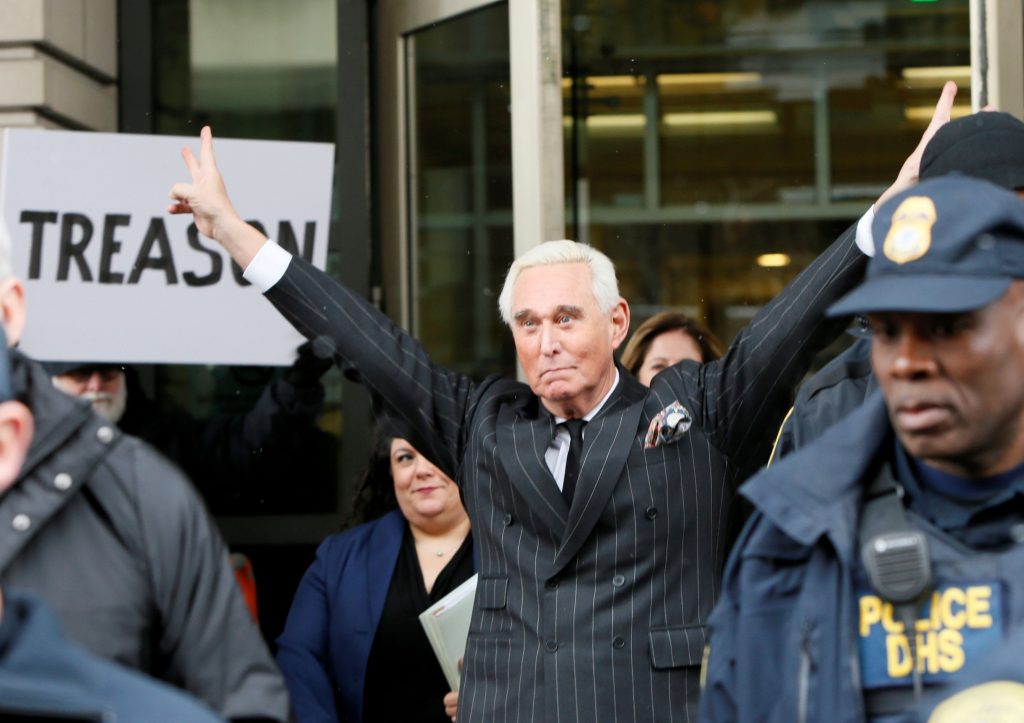