KIAWAH ISLAND, South Carolina (Reuters) – A rare slow play penalty was handed out at the PGA Championship on Thursday as world number 80 John Catlin incurred the wrath of officials.

Catlin was docked one shot after officials judged he took too long over two of his strokes in the opening round at Kiawah Island.

Catlin was hardly the only slow player on Thursday as rounds stretched for five-and-a-half hours in a strong breeze that prompted some players to spend more time than usual trying to gauge shot and club selection.

But he nevertheless became the first player to receive a slow play penalty at a major championship since Hideki Matsuyama at the 2013 British Open.

(Reporting by Andrew Both; editing by Richard Pullin)

Fri May 21 , 2021
May 19, 2021; Kiawah Island, South Carolina, USA; Corey Conners hits out of a sand trap on the fifteenth hole during a practice round for the PGA Championship golf tournament at Ocean Course at Kiawah Island Resort. / Geoff Burke-USA TODAY Sports May 21, 2021 By Andrew Both KIAWAH ISLAND, […] 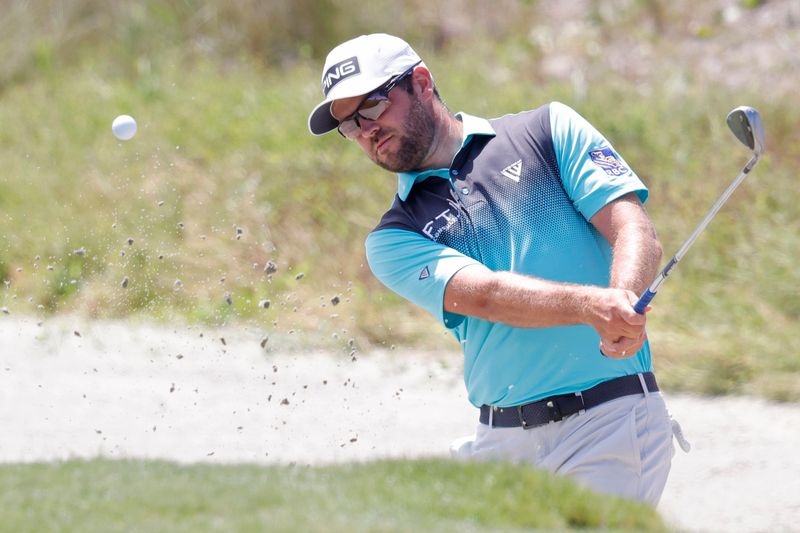