The poll was conducted between Jan. 15-29, with most participants responding before a late-month wobble in stocks, but asset managers still cut their equity allocation to 50.1 percent from 51.3 percent in December.

“The main risk today is complacency, without a pullback in major equity markets for nearly two years,” said John Husselbee, head of multi-asset at Liontrust.

Stock markets have rallied hard over the last 12 months, helped by a pick-up in the global economy and corporate profits. But MSCI’s world equity index suffered its biggest two-day sell-off in 16 months at the end of January.

Mark Robinson, chief investment officer at Bordier & Cie (UK), said that while markets might continue to grind upwards in 2018, there was a possibility that current economic conditions were as good as it gets.

“There is therefore a real danger that markets forget that much of this optimism has already been priced in.”

One concern is that strong growth will fuel inflation, forcing central banks to tighten more aggressively.

“A rise in inflation significantly higher than expected could trigger a sell-off in both equities and bonds, as it would be seen as a sign of the Fed being behind the curve, and thus forced to act quicker than expected,” said Cedric Baron, head of multi-asset at Generali Investments.

The U.S. Federal Reserve’s gauge of inflation remains stubbornly below its 2 percent target, but U.S. 10-year Treasury yields <US10YT=RR> spiked to near four-year highs in January as a bond sell-off gathered steam.

The fear is the tide has turned for bonds as ultra-loose monetary policy in the United States and Europe is coming to an end. Billionaire bond veteran Bill Gross of Janus Henderson has already called a bear market in U.S. Treasuries.

But poll participants who answered a question on whether a bear market had begun in government bonds were evenly split.

“A bear market in bonds calls for more than a global cyclical upswing, as not all forces that dragged yields down over the past decades have suddenly vanished,” argued Peter van der Welle, a strategist at Robeco.

But Thomas Hempell, deputy head of research at Generali Investments, said the times of “juicy returns” were over.

“The bearish correction however will not be as severe as in the early 1990s,” he said. “But due to the low coupons prevailing, even a gradual rise in yields will result in negative returns on a wide range of government bonds over the coming quarters.”

Within global equity portfolios, investors raised their European exposure by 1.8 percentage points to 19.6 percent and trimmed U.S. holdings to 40.1 percent.

The euro zone economy expanded at its fastest rate in a decade in 2017 and European equities <.STOXX50E> are set to end January with gains of around 3 percent.

But poll participants were almost evenly split over whether risks from Italy’s March 4 election had receded.

The eurosceptic 5-Star Movement is Italy’s most popular single party, but it lags behind a centre-right alliance led by ex-prime minister Silvio Berlusconi’s Forza Italia.

“Our idea is that this risk will be manageable. We do not exclude some volatility that could represent some buying opportunities,” said Nadege Dufosse, head of asset allocation at Candriam.

Eye Opener: Trump calls for unity in State of the Union 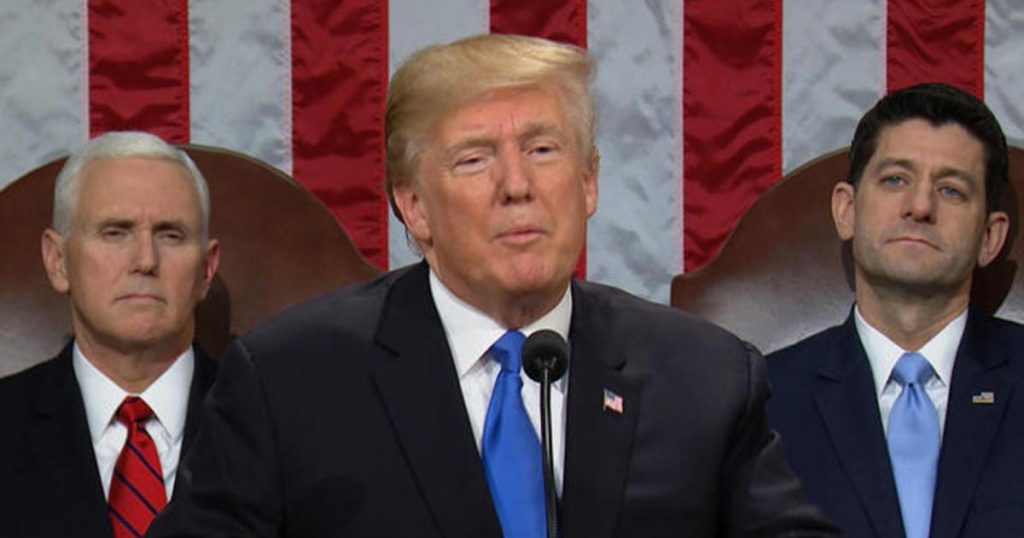