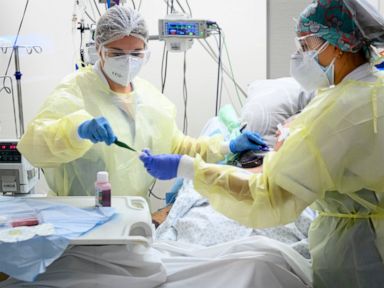 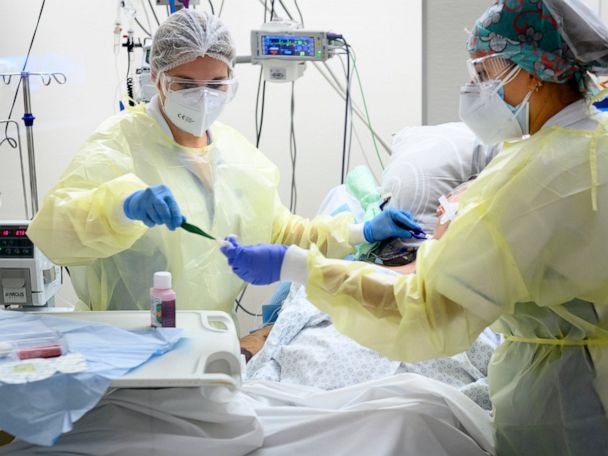 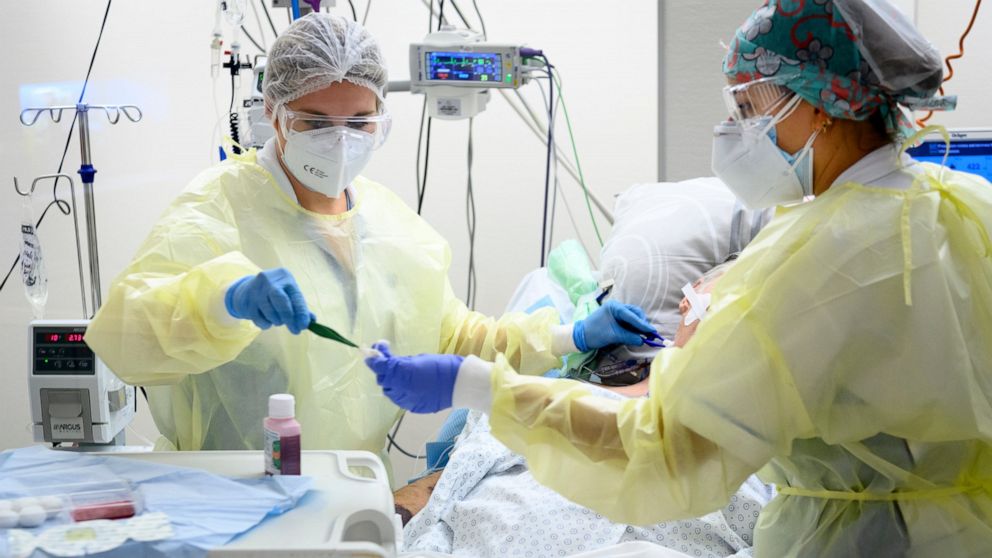 COPENHAGEN, Denmark — Seven Danish mayors say restaurants will be closed across northern Denmark and people in the region will be encouraged to be tested after authorities found a mutation in the virus in 12 residents who got infected by minks.

At the same time, the borders to seven northern Denmark municipalities will be closed, the mayor of Vesthimmerland, told Danish broadcaster TV2. Birgit Hansen, the mayor of the port town of Frederikshavn, said only people with “critical functions” can cross municipal boundaries.

People in that region, which has numerous mink farms, also will be urged to work from home.

The restrictions, which are to be announced later Thursday, would begin Friday and last for four weeks.

The move comes after Denmark’s Prime Minister Mette Frederiksen said Wednesday that all 15 million minks in Danish farms should be culled to minimize the risk of them re-transmitting the coronavirus to humans.

HERE’S WHAT YOU NEED TO KNOW ABOUT THE VIRUS OUTBREAK:

— Residents in England hit the town, visiting bars, restaurants and hairdressers before a month-long lockdown began Thursday to curb a surge in coronavirus cases

— Head of Serbian Orthodox Church is hospitalized with COVID-19, days after leading prayers at a huge public funeral for head of the church in Montenegro

ATHENS, Greece — Greece’s prime minister has announced a nationwide three-week lockdown starting Saturday, saying that the increase in coronavirus infections must be stopped before the country’s health care system comes under “unbearable” pressure.

The main difference between this lockdown and the one Greece imposed in the spring is that kindergartens and primary schools will remain open. High schools will operate by remote learning. The lockdown goes until Nov. 30.

Residents will only be able to leave their homes for specific reasons such as work, medical appointments or exercise, and after informing authorities by text message. Retail businesses will be shut down but not supermarkets and food stores. Restaurants will operate on a delivery-only basis.

Prime Minister Kyriakos Mitsotakis said he “chose once again to take drastic measures sooner rather than later” after seeing an “aggressive increase in cases” over the last five days.

On Wednesday, Greece announced a record 18 daily deaths and 2,646 new cases, bringing the total confirmed cases to just under 47,000 and the deaths to 673.

Moscow Mayor Sergei Sobyanin ordered school students from 6th to 11th grade to continue online classes until Nov. 22. “Lots of kids want to return to classes. This is understandable. But in the current situation … it is obvious that it is too early to relax,” Sobyanin said.

Russia’s number of new infections has gone from over 5,000 a day in early September to over 19,000 a day this week. On Thursday, Russian officials reported 19,404 new cases, bringing the country’s total to over 1.7 million. Russian authorities have also reported over 29,000 deaths in the pandemic.

Despite the rapid surge of infections, the authorities have insisted there was no need to impose a second lockdown or shut down businesses.

Moscow, which accounts for roughly 1/4 of Russia’s daily new infections, has ordered its elderly residents to self-isolate at home and employers to have at least 30% of their staff work from home.

BERLIN — Germany has recorded nearly 20,000 new coronavirus cases in one day, its highest level yet.

The national disease control center, the Robert Koch Institute, on Thursday said 19,990 infections had been confirmed in the past 24 hours. That tops the previous record of 19,059 set on Saturday.

Like other European countries, Germany has seen a sharp rise in infections in recent weeks. A four-week partial shutdown took effect on Monday, with bars, restaurants, leisure and sports facilities being closed and new contact restrictions imposed. Shops and schools remain open.

Although Germany’s situation is alarming officials, many other European countries are in worse shape. The European Center for Disease Prevention and Control said Wednesday that Germany has 237 new cases per 100,000 residents over 14 days — some seven times lower than in Belgium.

WARSAW — Poland has hit a daily record of new infections with over 27,100 cases reported Thursday, up from some 24,700 the day before.

There werealso 367 deaths. Most cases were registered in the western Poznan province and in southern Silesia province.

The total number of infections has reached almost 466,680 and almost 6,850 deaths in this nation of 38 million. Poland has been so far declined an offer of help for its coronavirus outbeak from German President Frank-Walter Steinmeier, saying it has the situation under control.

BELGRADE, Serbia — The patriarch of the Serbian Orthodox Church has been hospitalized after testing positive for the new coronavirus, days after leading prayers at a large public funeral for the head of the church in Montenegro, who died after contracting the virus.

The Serbian Orthodox Church said late Wednesday that the 90-year-old Patriarch Irinej was hospitalized, but has no symptoms and is in “excellent general condition.”

Patriarch Irinej last Sunday led the prayers inside a packed church for the church head in Montenegro, Bishop Amfilohije, who had died after contracting COVID-19.

Many of those inside the church did not wear protective face masks or keep their distance from each other, in violation of coronavirus-fighting restrictions. Many kissed the bishop’s body in an open coffin.

Among those in the church were Serbia’s President Aleksandar Vucic and the Montenegrin Prime Minister-designate Zdravko Krivokapic.

LAHORE, Pakistan– Thousands of radical Muslims have gathered in Pakistan’s eastern city of Lahore for an annual congregation despite increasing coronavirus infections and deaths in the country.

Thursday’s gathering took place after the Punjab government asked the Tableeghi Jamaat to adhere to social distancing rules at its annual event in which Muslims from various countries also participate.

Last year, members of Tableeghi Jamaat had been blamed for spreading the new virus in Pakistan and elsewhere in the world.

The latest development comes hours after Pakistan on Thursday reported 26 new fatalities from the coronavirus, one of the highest single-day tallies in recent months. Pakistan has reported 388,7 85 confirmed cases, including 6,893 deaths.

BEIJING — China is suspending entry for most foreign passport holders who reside in Britain, reacting to a new surge of coronavirus cases in the United Kingdom.

The suspension covers those holding visas or residence permits issued prior to Nov. 3, with exceptions for diplomats and some others. Foreign nationals wishing to visit China for emergency needs may apply for special case visas.

The Chinese Embassy in London says the suspension will be “assessed in accordance with the evolving situation and any adjustment will be announced accordingly.”

China has largely contained the spread of coronavirus within the country but continues to record imported cases, including another 20 reported Thursday. Chinese officials require all people arriving in China to undergo two weeks of quarantine.

BRUSSELS — Belgium’s Brussels Airlines has reported record losses of 233 million euros ($273.8 million) during the first nine months of the year as a result of the COVID-19 pandemic.

Hard-hit by the worldwide restrictions on travel, the Lufthansa subsidiary said Thursday that its revenues fell by 70% compared with last year, to 339 million euros ($398.3 million). From January to September, the airline said it transported 73% fewer passengers.

To weather the crisis, the company has set up a plan to reduce the fleet by 30% and its workforce by 25%. By the end of September, the number of employees had dropped by 14% compared with 2019, Brussels Airlines said.

PRAGUE — After a week, coronavirus infections in the Czech Republic have climbed to record levels again.

The Health Ministry says the day-to-day increase of new confirmed cases hit a new record high of 15,729 on Wednesday. That is 65 more than the previous record set on Oct 27.

NEW DELHI, India — India is reporting 50,209 new coronavirus cases for the previous 24 hours amid a surge in the capital of New Delhi, which officials now say is in its third wave of infections.

The Health Ministry on Thursday also reported 704 deaths from COVID-19 across the country, raising its toll for the pandemic to 124,315.

Nerves are frayed in New Delhi, which reported a record-high 6,842 new coronavirus cases in the past 24 hours, giving the city 37,369 active confirmed cases. The city has had 6,703 people die from COVID-19 so far.

The Health Ministry has attributed the surge in New Delhi to the festival season and warns that the situation can worsen due to people crowding markets for festival shopping.

Daily new confirmed coronavirus cases in the U.S. have surged 45% over the past two weeks, to a record seven-day average of 86,352, according to data compiled by Johns Hopkins University.

The total U.S. death toll is already more than 232,000, and total confirmed U.S. cases have surpassed 9 million. Those are the highest totals in the world, and new infections are increasing in nearly every state.

MINNEAPOLIS — Minnesota hospitals are under pressure and ICU beds are nearing full capacity as coronavirus cases reach a new high and hospitalizations continue to surge.

The state Department of Health said that as of Wednesday afternoon, 887 patients were hospitalized with COVID-19, including 219 in intensive care.

Officials said ICU bed use is at 98% capacity in the Twin Cities area and 92% statewide. The vast majority of ICU beds are occupied by patients with ailments unrelated to COVID-19, but the rise in hospitalizations is straining capacity.

Minnesota reported a record-high 3,844 new cases of the coronavirus Wednesday and 31 deaths. The state has seen 160,923 cases and 2,530 deaths since the pandemic began.

NICOSIA, Cyprus — Cyprus is bringing back an island-wide, overnight curfew in a bid to curb a surge of new COVID-19 infections that authorities worry could overburden the country’s health care system.

The curfew, which is to take effect Friday, orders bars, restaurants, shopping malls and cafes to shut by 10:30 p.m.

The only exceptions to the curfew will be for anyone who’s on the job and for emergency medical reasons. A 10-person maximum for gatherings at home or any public space — except in bars and restaurants — is part of the effort.

Health Minister Constantinos Ioannou also announced a ban on all kids’ sports and social activities, and the closure of indoor and outdoor playgrounds as well as gyms.

ROME — Four regions in Italy are being put under severe lockdown, forbidding people to leave their homes except for essential reasons, in an effort to slow surging COVID-19 infections and prevent hospitals from being overwhelmed.

Premier Giuseppe Conte on Wednesday night announced what he described as “very stringent” restrictions on the so-called “red zone” regions of high risk: Lombardy, Piedmont, Valle d’Aosta in the north and Calabria, the region forming the “toe” in the south of the Italian peninsula.

Except for few circumstances, no one will be allowed to enter or leave “red zone” regions or even travel between their towns, although people can exercise by themselves and while wearing masks near home. Non-essential stores will be closed, although barber shops and hair salons can stay open, and only nursery, elementary and the first year of middle school will have in-class instruction.

Conte said the lockdown will begin Friday to allow time to organize. Designations will be reviewed every two weeks. 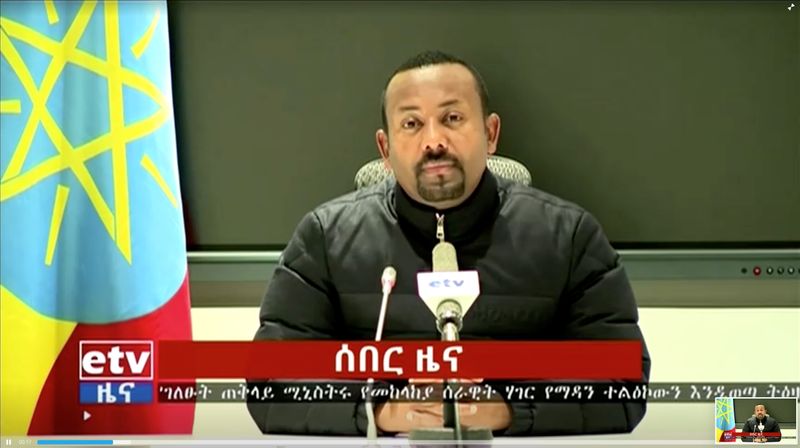