BERLIN (Reuters) – Chancellor Angela Merkel’s conservatives are split over whether Germany should unleash a fiscal stimulus package now to counter any impact of the coronavirus on Europe’s largest economy.

Shrinking exports held back German economic activity in the fourth quarter of last year, showing that the German economy was stagnating even before the coronavirus outbreak began.

German Finance Minister Olaf Scholz from the center-left, co-governing Social Democrats (SPD) has said Berlin would be in a position to enact a stimulus package should the coronavirus spark a global economic crisis.

His comments were echoed on Tuesday by Markus Soeder, leader of the Christian Social Union (CSU), the Bavarian sister party of Merkel’s Christian Democratic Union (CDU).

“We must now think about fiscal stimulus packages,” Soeder told Muenchner Merkur newspaper. “They should include lower energy prices and corporate taxes, but also investment.”

But Ralph Brinkhaus, parliamentary leader of Merkel’s conservative CDU/CSU bloc, told reporters he did not see an urgent need to rush any decision.

“We’re not sharing the opinion of the finance minister that we need a fiscal stimulus package now,” Brinkhaus added.

Merkel’s conservatives have long resisted calls at home and abroad to spend more, despite record-low borrowing costs and an economy close to recession.

Ifo President Clemens Fuest said the coronavirus outbreak had increased the risk of a recession in Germany, but he warned that a fiscal stimulus package including classical instruments such as tax cuts or higher investment could do little to solve the problems caused by the coronavirus epidemic.

“If people are afraid of going to a big event or going to the movies because of the coronavirus, then they also won’t go there if the value-added tax is reduced by two percentage points,” Fuest said.

Instead the government should help companies to bridge sudden liquidity problems with financial aid, he said.

Fuest also suggested that Berlin should protect employees from unemployment by expanding state aid schemes, also known as Kurzarbeit, so that companies facing a plunge in new business can keep their workers while putting them on reduced hours.

Budget experts estimate that the federal government has the fiscal room for additional measures worth some 17 billion euros ($18.9 billion).

Scholz has suggested increasing public investment in infrastructure by 12 billion euros until 2024. He has also proposed pulling forward the already agreed abolishment of an income tax surcharge by six months, which would cost the federal government some 5 billion euros.

Germany’s coalition parties agreed last year to abolish the “soli” – a tax surcharge introduced in 1991 to help finance the cost of reunification – for more than 90% of taxpayers from January 2021. This step will reduce the income tax burden for most Germans by more than 10 billion euros each year.

Senior party members are expected to discuss potential measures at a coalition meeting on Sunday.

Tue Mar 3 , 2020
Stocks fell in volatile trading on Tuesday after the Federal Reserve slashed interest rates by half a percentage point in an emergency effort to stem slower economic growth from the coronavirus outbreak.  The decision came two weeks before the Fed’s scheduled meeting as the central bank felt it was necessary […] 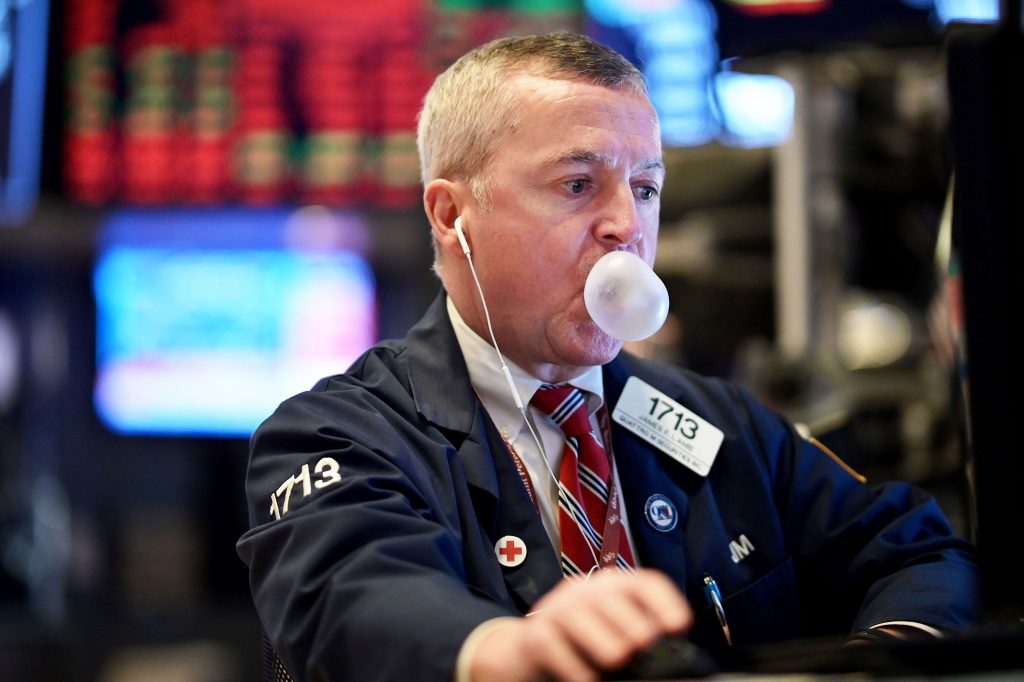