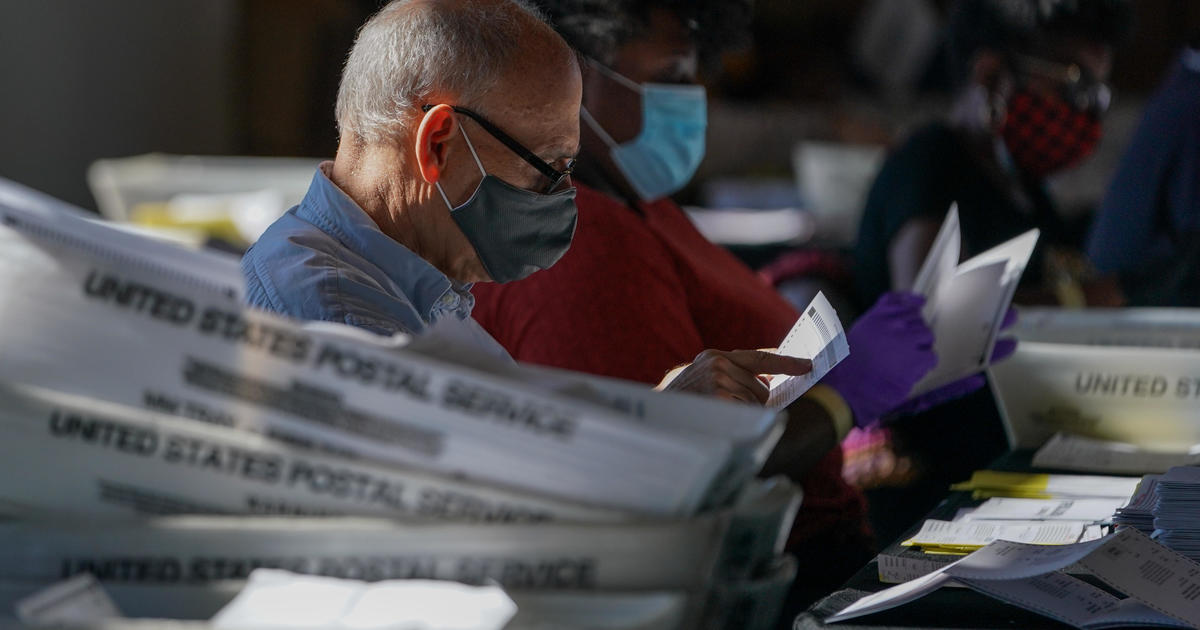 Georgia’s Secretary of State said late Thursday that there are 14,097 votes left to count. Georgia is characterized as a toss up by CBS News, with President Trump leading by 1,902 votes with 95% of the vote counted.

According to Secretary of State Brad Raffensberger, this is the breakdown of where votes are left to be counted:

“Officials in numerous counties are continuing to count ballots, with strong security protocols in place to protect the integrity of our election,” said Raffensperger in a statement on his website. “We have long anticipated – and said publicly – that counting would most likely take place into Wednesday night and perhaps Thursday morning. We’re on pace to accomplish that responsibly, ensuring that the voice of every eligible voter is heard. It’s important to act quickly, but it’s more important to get it right.”

Raffensberger, a Republican, said there were a number of measures in place to ensure election security. Those measures included: Absentee drop boxes being locked at 7 p.m. on election night; surveillance cameras monitoring drop boxes at all times; state monitors in the room in Fulton County during all counts and a pre-certification audit for additional confidence.

Earlier Thursday, Gabriel Sterling, Georgia’s voting system implementation manager, told reporters during a press conference at the state capitol that “having an accurate, fair count is much more vital than having a fast count.”

Sterling said the state is going to ensure that every “legal, lawful ballot is counted.”

Grace Segers contributed to this report

Fri Nov 6 , 2020
November 6, 2020 BEIJING (Reuters) – China’s foreign trade is expected to have grown quite strongly in October due to a recovery in global markets and the domestic economy, a Reuters poll showed, but there are fears that the coronavirus upsurge overseas could slow trade in coming months. In October, […]