Georgia secretary of state Brad Raffensperger said that as of 4 p.m. ET Wednesday, there were roughly 200,000 votes left to be counted. CBS News has estimated Georgia is a toss up.

“We’re on pace to accomplish that responsibly, ensuring that the vote of every eligible voter is heard,” he said in a statement. “It’s important to act quickly, but it’s more important to get it right.”

In addition to Georgia, North Carolina and Pennsylvania remain toss-ups, with elections officials continuing to count ballots in each of those states, too.

Georgia secretary of state says 200,000 ballots left to be counted

Georgia Secretary of State Brad Raffensperger estimated that the state has 200,000 ballots left to be counted and between 40,000 to 50,000 early votes. It was not clear whether the 200,000 outstanding ballots include the early-vote totals.

“Every legal vote in Georgia will count,” he told reporters in a news conference at the state capitol in Atlanta.

CBS News estimates the presidential race in Georgia remains a toss-up. Mr. Trump currently leads by a margin of just under 102,000 votes, with 92% of the expected vote counted.

Raffensperger said elections in the Peach State ran smoothly, noting that wait times across the state were below 10 minutes. He also praised the more than 50,000 residents who manned the polls.

Polls were open until 7 p.m. on Election Day. Mail ballots must be received no later than 5 p.m. on November 3. Georgia held its in-person early voting period from October 12 through October 30. Signature verification was allowed upon receipt of mail-in ballots and ballot counting began at 7 a.m. on November 3.

A burst pipe in Atlanta’s State Farm Arena, which was used as a polling location for the election, caused a delay in the vote tabulation in a county that’s considered crucial for Joe Biden.

Republican Congressman Doug Collins conceded to Senator Kelly Loeffler, who has advanced to a runoff election in the Georgia Senate race along with Democrat Raphael Warnock. The runoff election will be held in early January.

“I just called @kloeffler and congratulated her on making the runoff. She has my support and endorsement. I look forward to all Republicans coming together. Raphael Warnock would be a disaster for Georgia and America,” Collins tweeted.

Georgia has two high-profile Senate races this year, thanks to a contentious special election. GOP Senator David Perdue is defending his seat from Democratic challenger Jon Ossoff, who ran for the House unsuccessfully a few years ago. Perdue is leading, but it remains to be seen whether he’ll be able to remain above 50% when the results are in, so that he can avoid a runoff with Ossoff. Georgia requires general election Senate candidates to win 50% support or face a runoff.

Meanwhile, Republican Senator Kelly Loeffler is running to hang on to the seat that she was appointed to fill in December 2019 when Senator Johnny Isakson retired early. This special election had 21 candidates, but her main GOP competition came from Collins.

State of the race

There were 5 counties that voted for Mr. Trump in 2016 after voting for President Obama in 2008 and 2012. Two of the pivot counties neighbor Bibb County, a Democratic county that Mr. Trump visited during one of his three visits to the state.

Before Georgia moved into the toss-up category this year, the state capital of Atlanta, in Fulton County, was already a Democratic stronghold and had been for decades. The growing city is surrounded by suburbs that have historically been conservative, but political campaign strategists say the expansion of Atlanta has caused those traditionally conservative suburbs to trend Democratic.

In 2016, exit polls showed Mr. Trump only garnered 9% of support from Black voters, who made up 30% of the state’s electorate. Our latest CBS News polls showed Mr. Trump has seen a slight bump in support among this group. Eleven percent of Black Georgia voters who cast their ballots did so in support of the president. Still, this pales in comparison to the 88%, who have voted for Biden.

Georgia was one of the last states to close and one of the first to re-open in response to the coronavirus pandemic. As of October 26, there were 347,714 confirmed cases of coronavirus in the state.

Voting advocates say that even in 2020, the ability for some Georgia voters to make their voice heard is harder in certain parts of the state than others. They point to long lines during the state’s June 9 primary and on the first days of early voting in certain counties such as Fulton — where 44.5% of the population is Black — as proof.

But the general election appeared to have far fewer problems, and wait times were mostly just minutes long. Before Election Day, 3.9 million votes had already been cast in the state, far higher than the 2.3 million that were cast early four years ago. Overall, with 93% of the vote in as of Wednesday at 3:12 p.m., nearly 4.8 million had voted in Georgia.

During the summer, Atlanta was thrust into the national spotlight as protests that began as demonstrations in response to the killing of George Floyd, evolved into protests around the shooting death of Rayshard Brooks at the hands of an Atlanta police officer who was later fired and faces 11 charges including felony murder.

Wed Nov 4 , 2020
Quick Take A data input error that briefly showed an unusually large uptick in votes for Joe Biden in Michigan prompted suspicions online and an unfounded claim of voter fraud. The error came down to a typo by a county’s reporting that was quickly corrected. Full Story As election results […] 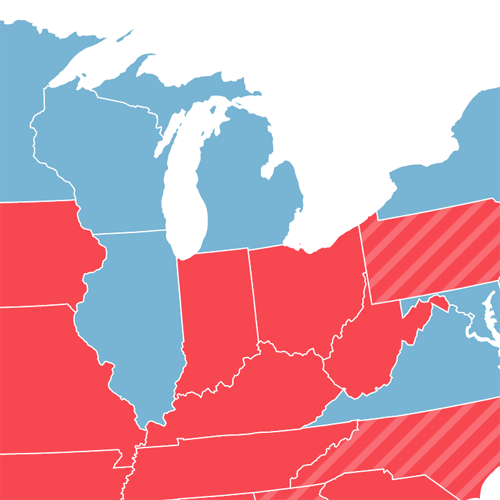