Scientist Emmanuelle Charpentier, director of the Max Planck Institute for Infection Biology in Berlin reacts after winning the 2020 Nobel Prize in Chemistry for the development of a method for genome editing, in Berlin, Germany, October 7, 2020. REUTERS/Fabrizio Bensch

By Niklas Pollard and Douglas Busvine

STOCKHOLM/BERLIN (Reuters) – Two women scientists won the 2020 Nobel Prize in Chemistry on Wednesday for creating genetic ‘scissors’ that can rewrite the code of life, contributing to new cancer therapies and holding out the prospect of curing hereditary diseases.

Emmanuelle Charpentier, who is French, and American Jennifer Doudna share the 10 million Swedish crown ($1.1 million) prize for developing the CRISPR/Cas9 tool to edit the DNA of animals, plants and microorganisms with precision.

“The ability to cut the DNA where you want has revolutionized the life sciences,” Pernilla Wittung Stafshede of the Swedish Academy of Sciences told an award ceremony.

Charpentier, 51, and Doudna, 56, become the sixth and seventh women to win a Nobel for chemistry, joining Marie Curie, who won in 1911, and more recently, Frances Arnold, in 2018.

It is the first time since 1964, when Britain’s Dorothy Crowfoot Hodgkin alone won the award, that no men are among the chemistry prize winners.

Charpentier, of the Max Planck Institute for the Science of Pathogens in Berlin, said she was “very emotional” after getting a call from Stockholm with the news.

“When it happens you are very surprised, and you feel that it is not real,” she said. “But obviously it is real so I have to get used to it now.”

Doudna is already employing CRISPR in the battle against the coronavirus as co-founder of biotech startup Mammoth, which has tied up with GlaxoSmithKline <GSK.L> to develop a test to detect infections.

“What started as a curiosity‐driven, fundamental discovery project has now become the breakthrough strategy used by countless researchers working to help improve the human condition,” Doudna said in a statement issued by Berkeley.

The path from discovery to prize has taken less than a decade – a relatively short period by Nobel standards.

And, although CRISPR had been tipped to win the Chemistry prize, there has also been concern that the technology could be misused, for example to create made-to-order ‘designer babies’.

“The enormous power of this technology means that we need to use it with great care,” said Claes Gustafsson, chair of the Nobel Committee for Chemistry.

“But it is equally clear that this is a technology, a method that will provide humankind with great opportunities.”

CRISPR is a crowded field, with competing claims on discovery triggering a patent dispute that continues between the prize winners and a team led by Feng Zhang of the Broad Institute of MIT and Harvard.

Gustafsson declined to say whether the prize committee had considered other contenders.

Charpentier’s breakthrough came in the study of ancient bacteria, Streptococcus pyogenes, when she found that a previously unknown molecule was part of its immune system and was capable of ‘cleaving’ DNA.

She published her findings in 2011 and, in that year, joined forces with biochemist Doudna, of the University of California, Berkeley, to recreate the bacteria’s genetic scissors in a test tube and simplifying their molecular composition to make them easier to use.

The duo published their findings in June 2012, seven months before the Broad Institute group, which however successfully filed a series of U.S. patent applications and has claimed that its gene editing technology is better.

DNA is a string with up to 6 billion coded instructions that tell a cell what to do. The beauty of CRISPR/Cas9 is that it can not only snip DNA at the right spot, but also repair the join so that errors do not creep in.

Today CRISPR/Cas9 is a common tool in biochemistry and molecular biology labs – used in plant treatments and to develop novel treatments of hereditary diseases such as sickle-cell anaemia.

“We can now easily edit genomes as desired, something that before was hard, even impossible,” said Wittung Stafshede.

Chemistry is the third Nobel announced every year and follows those for medicine and physics earlier this week.

The prizes for science, literature and peace were created and funded in the will of Swedish dynamite inventor and businessman Alfred Nobel and have been awarded since 1901, with the economics award a later addition.

Wed Oct 7 , 2020
House Democrats just unveiled their nearly 450-page antitrust report outlining 16-months worth of findings and recommendations from their investigation into Amazon, Apple, Facebook and Google.  Now the real work begins. Lawmakers are charged with arduous task of rewriting the U.S. antitrust laws — something that hasn’t been done in earnest in […] 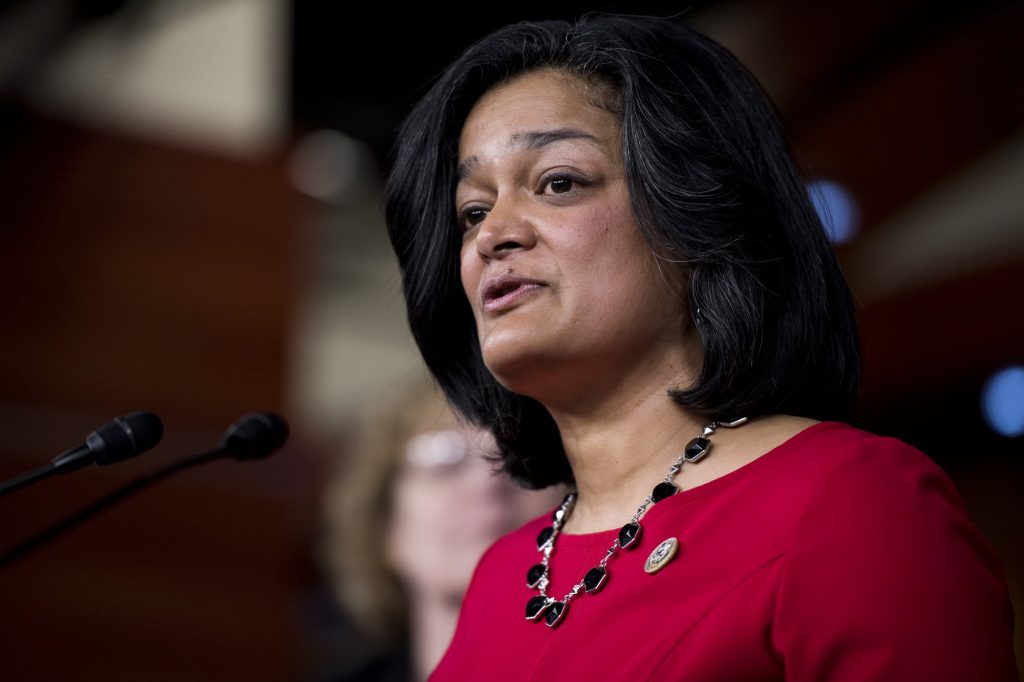