(Reuters) – General Electric Co <GE.N> on Wednesday unexpectedly reported a quarterly profit and a positive cash flow on the back of cost cuts and improvements in its power and renewable energy businesses, sending its shares higher in pre-market trading.

The Boston-based industrial conglomerate reported a free cash flow of $514 million from industrial operations in the third quarter, compared with an outflow of $2.1 billion in the previous quarter and Refinitiv’s average analyst estimate of an outflow of $876 million.

GE said it expects industrial free cash flow to be at least $2.5 billion in the fourth quarter and positive in 2021.

The company’s shares, which have fallen about 40% since the beginning of 2020, were up about 6% in pre-market trade.

“We are managing through a still-difficult environment with better operational execution across our businesses,” said Chief Executive Lawrence Culp.

Culp is trying to turn around the company by improving free cash flow and cutting debt. However, the coronavirus pandemic has hit those efforts by hammering GE’s aviation unit, usually the company’s most profitable and most cash-generative business segment.

In response to the pandemic-induced turmoil, GE is cutting $2 billion in costs and aiming to generate $3 billion in cash savings. The company said it has, thus far, realized 75% of its target.

Revenue at both power and renewable energy businesses recovered from the last quarter even as orders saw a double-digit dip. Revenue at GE’s aviation unit fell an annual 39% in the latest quarter.

Best of times, or the worst? A voter’s guide to U.S. GDP 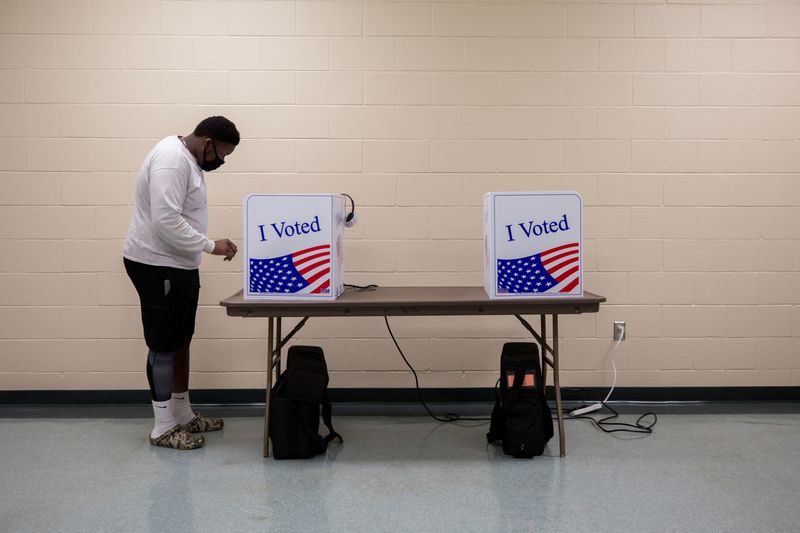