GAZA (Reuters) – Palestinians in Gaza are increasingly turning to domestic pets for emotional comfort from the harsh realities of the economically-depressed enclave but the growing animal population is stretching ill-equipped veterinarian facilities.

Some 130 veterinarians work in Gaza but the lack of animal hospitals means most have to turn to regular medical facilities and even to Israel to help care for ailing pets.

At Imad Morad’s veterinary clinic, shelves are filled with pet food and medicine and his equipment includes an ultrasound machine. But for further care, he depends on human medical facilities.

“We send blood and urine samples to human labs for examination. It wasn’t until two years ago when they started taking our requests. We also use them for X-rays,” Morad said.

In some rare cases, cats have been sent for treatment in Israel, which maintains tight restrictions along its border with the Islamist Hamas-run territory.

Unlike cats, dogs are considered unclean in Islam and are usually kept outside, but there is no ban on them.

Dog ownership, however, is becoming more popular and pet food is increasingly available in shops. Owners walking their dogs on Gaza’s streets are now a common sight.

“When someone raises a pet he feels like getting a new friend in his or her life, a friend who cares for him or her more than usual human friends do,” said Saeed el-Aer, a retired civil servant who trawls the streets carrying a bag full of food and medicine, looking for abandoned cats and dogs.

At a Gaza pet shop, its owner, Baha Ghaben, said opening the business had been a risk.

But, he said: “We were surprised at the large number of people who raised pets at home. I sell between ten to twenty animals a month.”

Thu Oct 17 , 2019
New Orleans — Speculation mounted Wednesday about possible causes of the weekend collapse of the half-built Hard Rock Café in New Orleans, reports the CBS affiliate here, WWL-TV. As authorities shifted from rescue operations to tearing down the structure’s dangling wreckage, theories surfaced about what compromised the concrete slabs that […] 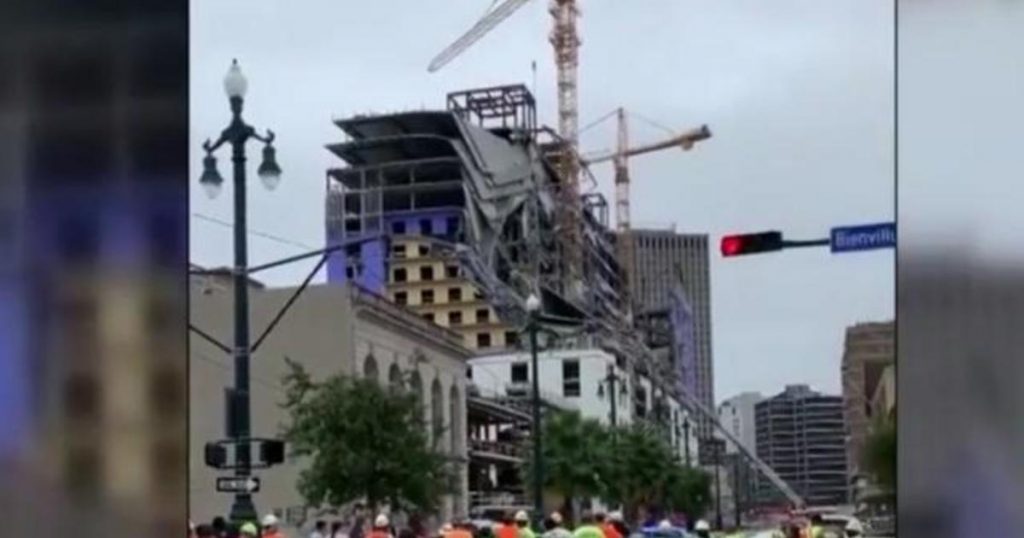