Gary Cohn, then-chief economic advisor to the president (right) chats with Office of Management and Budget Director Mick Mulvaney in the Indian Treaty Room of the Eisenhower Executive Office Building on October 17, 2017 in Washington, DC.

Cohn resigned as Trump’s top economic advisor in March 2018. Mulvaney was Cohn’s guest at two separate golf tournaments, according to Mulvaney’s financial disclosure report. The guest passes were valued at $2,500. Mulvaney is acting White House chief of staff; at that time he was only director of Trump’s Office of Budget and Management.

The newly released document, which was approved by the Office of Government Ethics last month, says that the tickets were considered gifts and described as “two golf member guest tournament entry fees.” The disclosure form notes the tournaments took place in June and October of 2018. In both instances, Mulvaney stayed at Cohn’s home in New York, according to people with direct knowledge of the matter. The filing shows that Mulvaney paid for his own travel.

The October golf game was for charity at The Gust Hamptons Invitational at the Atlantic Golf Club in Bridgehampton, New York, these people added. The tournament’s website says it took place Oct. 11 and 12. The event in June was a standard tournament involving Cohn, Mulvaney and other associates, but these sources would not say whether it took place at the same golf course. Cohn is a former president of Goldman Sachs.

Revelations about Mulvaney’s guest passes come as Trump himself regularly hits the links at his own resorts. Over Labor Day weekend, the president was spotted at the Trump National Golf Club in Virginia. Trump has golfed more than 200 times since his inauguration with most of those outings at his signature courses. Some estimates show Trump’s golf trips have cost taxpayers more than $100 million.

The New York Post reported in June that the pair were spotted at the Atlantic Golf Club, and that Mulvaney was Cohn’s guest. In 2016, Mulvaney was ranked as one of Washington, D.C.’s top 150 golfers, according to Golf Digest.

A spokesman for OMB referred questions about Mulvaney’s golf tournaments with Cohn to the White House, which did not return a request for comment. A spokeswoman for Cohn declined to comment.

Since he left the White House, Cohn has emerged as a leading critic of Trump’s trade war with China.

“Tariffs don’t work. If anything, they hurt the economy because if you’re a typical American worker, you have a finite amount of income to spend,” he said in a recent radio interview. Cohn also said that the tipping point for his resignation was when senior advisor Peter Navarro and Commerce Secretary Wilbur Ross set up a secret meeting with steel executives to inform them of the incoming tariffs.

“What happened in the White House is we got to a point, unfortunately, where one or two people decided that they were going to no longer be part of a process and a debate,” Cohn said.

Trump himself has lashed out at Cohn since he left the White House. After Cohn was mentioned in a few books that were critical of Trump’s decision-making abilities, the president accused the former Goldman Sachs executive of being a source of leaks.

“It could have been [them leaking]. A lot of people have said that,” the president said. “Gary Cohn, I could tell stories about him like you wouldn’t believe.”

Fri Sep 6 , 2019
It was a softer August than anticipated. The U.S. economy added 130,000 jobs in August, according to the nonfarm payrolls report released Friday, less than the 150,000 estimated. The unemployment rate held at 3.7%. CNBC’s Jim Cramer and four other experts lay out what this means for the Fed, the […] 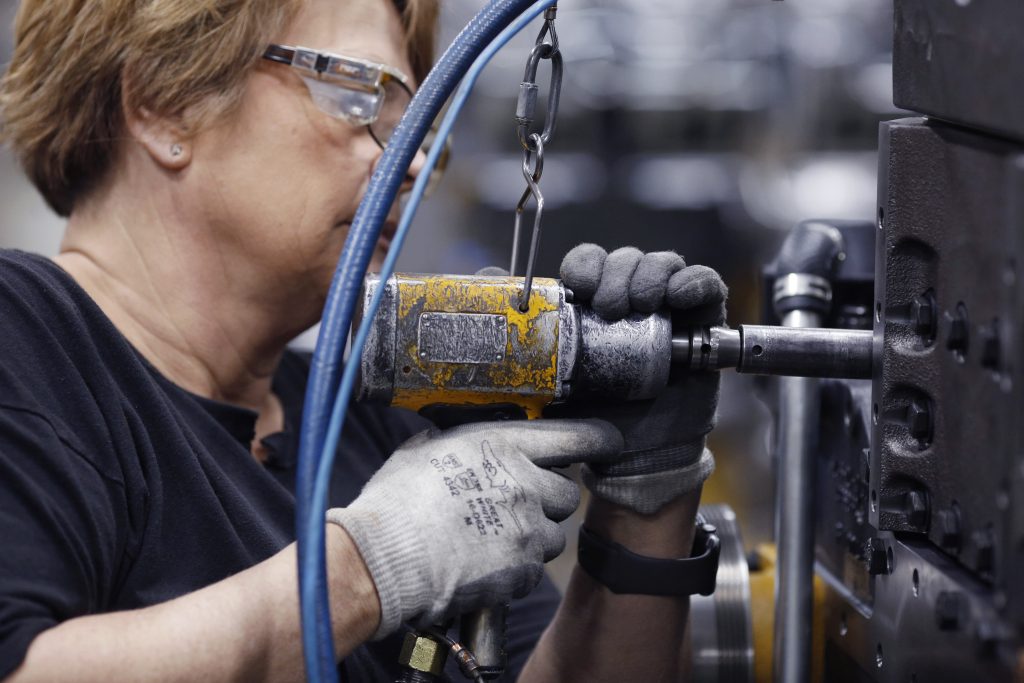