By Devik Jain and Ambar Warrick

(Reuters) – U.S. stock index futures rose slightly on Wednesday as investors appeared to have shrugged off President Donald Trump’s threat to not sign a COVID-19 stimulus bill, while also waiting for a reading on weekly jobless claims and consumer spending data.

In a video posted on Twitter, Trump said the hard-fought pandemic relief package worth $892 billion should be amended to increase the amount in the stimulus checks to $2,000 for individuals, instead of the “ridiculously low” $600.

U.S. futures had dropped as much as 1% in Asian trade, before recovering later in the session.

The S&P 500 and the Dow lost ground on Tuesday as concerns over a new variant of the coronavirus in Britain and underwhelming economic data weighed on near-term sentiment. But gains in Apple Inc pushed the Nasdaq to a record close.

Investors are now looking out for the Labor Department’s weekly unemployment report due at 8:30 am ET (1330 GMT), which is expected to show a still dismal labor market as widespread business restrictions to curb the spread of new COVID-19 infections kept employers on edge.

Consumer spending data for November, which is also due at 8:30 am ET, is expected to show weakness in spending trends because of the softer job market.

Easy monetary policy and increased liquidity in the market has set Wall Street’s main indexes for strong annual gains, despite a rough start to the year.

Drugmaker Pfizer Inc rose 0.5% in pre-market trade after a report said it was close to striking a deal with the U.S. government to supply at least tens of millions of additional doses of its COVID-19 vaccine candidate next year.

Supernus Pharmaceuticals Inc jumped 24.3% after its experimental drug for attention deficit hyperactivity disorder met the main goal of a late-stage study in adults.

Walmart Inc fell 0.5% after the U.S. Justice Department accused the retailer of fuelling the opioid crisis in the United States.

American Airlines Group and United Airlines Holdings fell about 0.8% each despite outlining plans to bring back furloughed employees this month after receiving payroll support from a recent bill.

(Reporting by Devik Jain and Ambar Warrick in Bengaluru; Editing by Bernard Orr)

Biden outlines plan for next round of COVID relief

Wed Dec 23 , 2020
President-elect Joe Biden on Tuesday outlined the basics of what he plans to request from Congress in a new round of COVID-19 relief once he takes office, including a new round of stimulus checks, calling the just-passed aid bill a “down payment” in addressing the pandemic. Speaking to reporters at […] 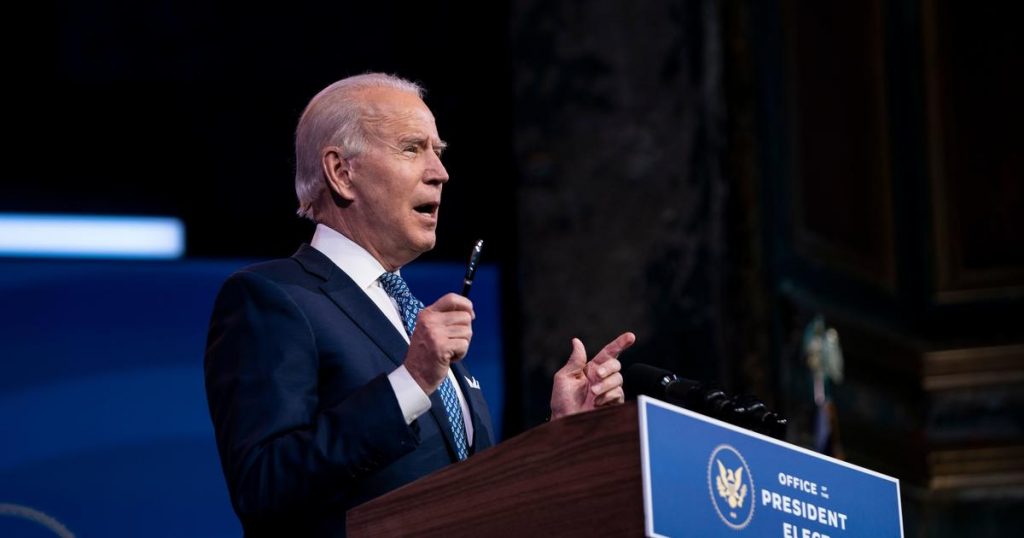