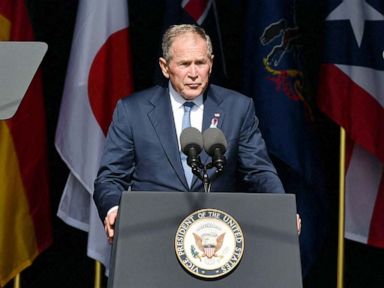 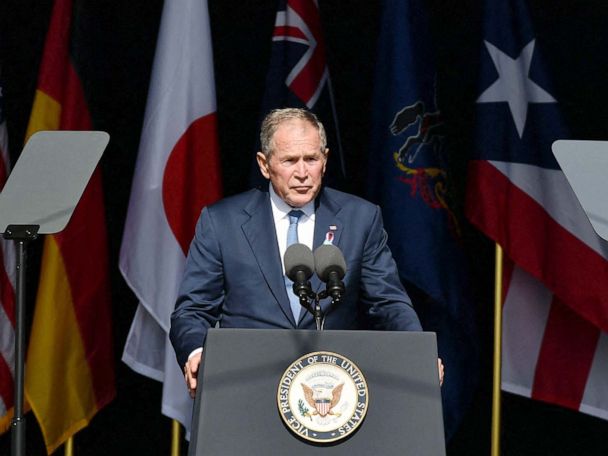 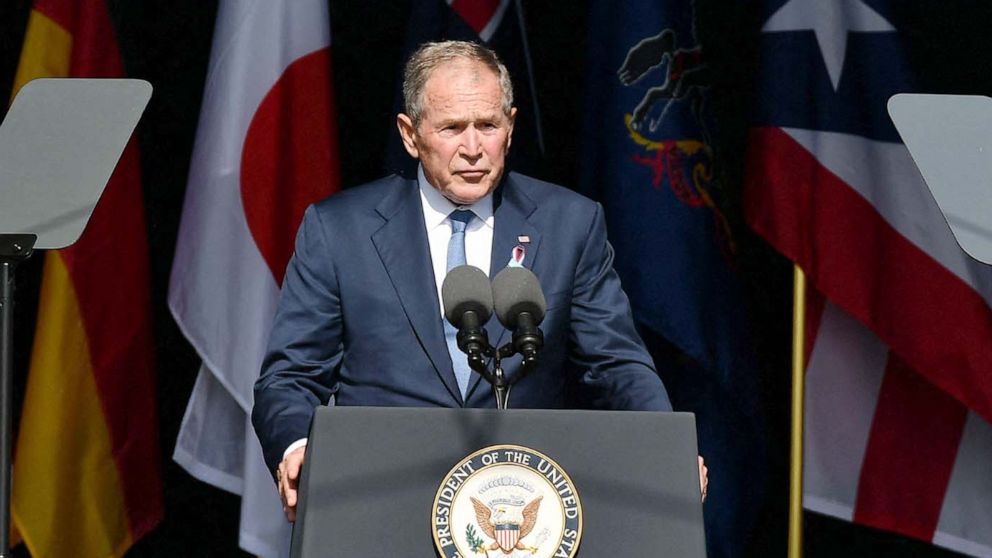 Former President George W. Bush spoke at the Sept. 11 memorial in Shanksville, Pennsylvania, to mark the 20th anniversary of the attacks Saturday.

The memorial commemorates the crash of United Flight 93, one of four commercial airplanes hijacked in the September 11 attacks. The plane crashed into a field after passengers fought with and overcame the hijackers. All aboard, including 40 crew and passengers, perished.

Bush, who was in office at the time, reflected on the bravery of those passengers and the unity and heroism that took place in the days after the attacks, while warning about the lingering threat of terrorism, both foreign and domestic.

The transcript of Bush’s speech was as follows. It has been edited for clarity:

Thank you all. Thank you very much. Laura and I are honored to be with you, Madam Vice President, Vice President Cheney, Gov. Wolf, Secretary Haaland, and distinguished guests.

Twenty years ago, we all found, in different ways, in different places, but all at the same moment, that our lives would be changed forever.

The world was loud with carnage and sirens, and then quiet with missing voices that would never be heard again. These lives remain precious to our country and infinitely precious to many of you. Today, we remember your loss, we share your sorrow and we honor the men and women that you have loved so long and so well.

For those too young to recall that clear September day, it is hard to describe the mix of feelings we experienced. There was horror at the scale of destruction and awe at the bravery and kindness that rose to meet it. There was shock at the audacity of evil and gratitude for the heroism and decency that opposed it.

In the sacrifice of first responders and the mutual aid of strangers, in the solidarity of grief and grace, the actions of an enemy revealed the spirit of the people. And we were proud of our wounded nation.

In these memories, the passengers and crew of Flight 93 must always have an honored place. Here, the intended targets became the instruments of rescue, and many who are now alive owe a vast, unconscious debt to the defiance displayed in the skies above this field.

In those fateful hours, we learned other lessons as well. We saw that Americans were vulnerable, but not fragile. That they possessed a core of strength that survives the worst that life can bring. We learned that bravery is more common than we imagined, emerging with sudden splendor in the face of death. We vividly felt how every hour with our loved ones was a temporary and holy gift. And we found that even the longest days end.

Many of us have tried to make spiritual sense of these events. There is no simple explanation for the mix of providence and human will that sets the direction of our lives. But comfort can come from a different sort of knowledge. After wandering in the dark, many have found they were actually walking step by step toward grace.

As a nation our adjustments have been profound. Many Americans struggled to understand why an enemy would hate us with such zeal. The security measures incorporated into our lives are both sources of comfort and reminders of our vulnerability. And we have seen growing evidence that the dangers to our country can come not only across borders but from violence that gathers within.

After 9/11, millions of brave Americans stepped forward and volunteered to serve in the armed forces. The military measures taken over the last 20 years to pursue dangers at their source have led to debate. But one thing is certain: We owe an assurance to all those who have fought our nation’s most recent battles.

Let me speak directly to veterans and people in uniform. The cause you pursued at the call of duty is the noblest America has to offer. You have shielded your fellow citizens from danger. You have defended the beliefs of your country and advanced the rights of the downtrodden. You have been the face of hope and mercy in dark places. You have been a force for good in the world. Nothing that has followed — nothing — can tarnish your honor or diminish your accomplishments. To you and the honored dead, our country is forever grateful.

In the weeks and months following the 9/11 attacks, I was proud to lead an amazing, resilient united people. When it comes to the unity of American people, those days seem distant from our own. Malign force seems at work in our common life that turns every disagreement into an argument and every argument into a clash of cultures. So much of our politics has become a naked appeal to anger, fear and resentment. That leaves us worried about our nation and our future together. I come without explanations or solutions. I can only tell you what I’ve seen.

This is not mere nostalgia, it is the truest version of ourselves. It is what we have been, and what we can be again. Twenty years ago, terrorists chose a random group of Americans on a routine flight to be collateral damage in a spectacular act of terror. The 33 passengers and seven crew of Flight 93 could have been any group of citizens selected by fate. In a sense, they stood in for us all.

The terrorists soon discovered that a random group of Americans is an exceptional group of people, facing an impossible circumstance. They comforted their loved ones by phone, braced each other for action and defeated the designs of evil.

These Americans were brave, strong and united in ways that shocked the terrorists but should not surprise any of us. This is the nation we know. And whenever we need hope and inspiration, we can look to the skies and remember. God bless.

Sat Sep 11 , 2021
Victims and heroes commemorated two decades after 9/11 – CBS News Watch CBSN Live Saturday marks 20 years since the September 11 terrorist attack that killed nearly 3,000 Americans and left many more with long-term health issues. A remembrance ceremony will be held at the National September 11 Memorial and […] 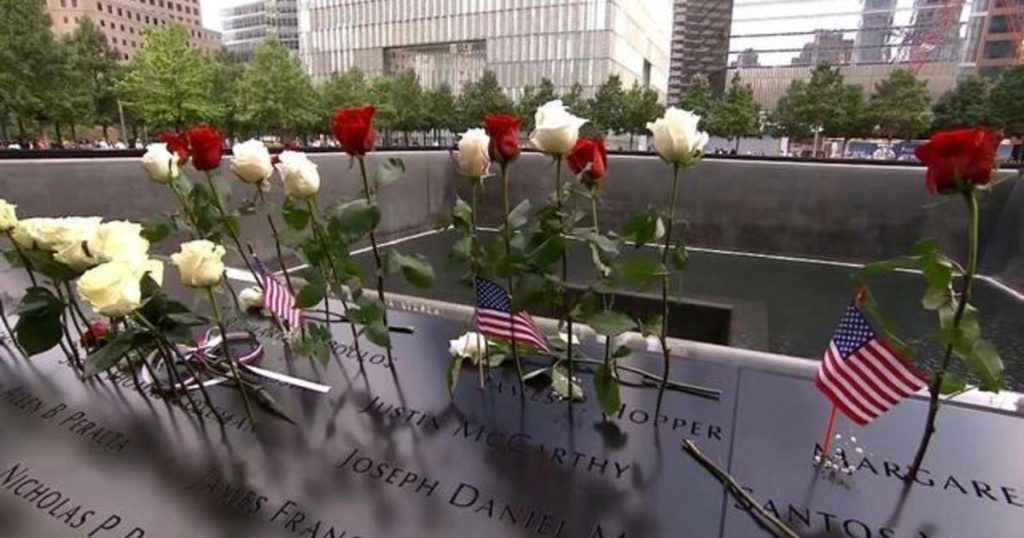