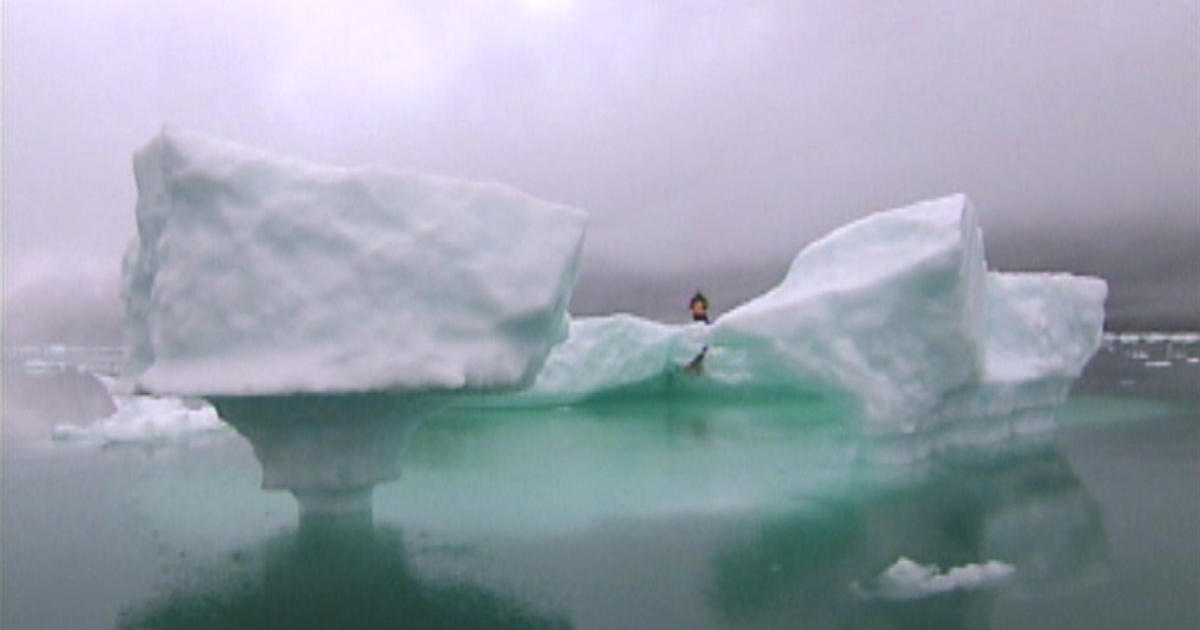 The sharp rise in global temperatures has been a hot topic on 60 Minutes for decades. In the 20-plus years that 60 Minutes correspondent Scott Pelley has covered the topic of climate change, the issue has seemingly come to an inflection point. Blazing fires in the West and uncontrollable cyclones in the East headlined this Sunday’s 60 Minutes, but the broadcast’s expansive reporting on the dangers, causes and effects of climate change goes back dozens of years.

In 2006, Scott Pelley and his 60 Minutes team travelled to the Arctic to speak with scientists, including leading authority on climate change Robert Corell and glaciologist Carl Boggild, to unearth and explain the effects that man is having on the world’s climate.

Rising seas, powerful hurricanes and the eventual extinction of polar bears are a few of the major consequences these scientists warned the world about on 60 Minutes nearly 15 years ago.

In 2007, 60 Minutes reported on a new consequence of global warming—living in an age of “megafires.” These are “forest infernos,” wildfires that are roughly 10 times larger than the world was used to seeing at the time. Scott Pelley spoke with the then-chief of fire operations for the federal government, Tom Boater, who explained that “ten years ago, if you had a 10,000-acre fire, you were talking about a huge fire…now we talk about 200,000-acre fires like it’s just another day at the office.”

According to recent 60 Minutes reporting, the fires that ravaged parts of northern and central California have burned nearly four million acres and counting. In 2007, Pelley spoke with Tom Swetnam, one of the world’s leading fire ecologists, about how global warming has created these mega-fires, and is continuing to exacerbate them.

“As the spring is arriving earlier because of warming conditions, the snow on these high mountain areas is melting and running off,” Swetnam said in 2007. “The log and the branches and the tree needles all can dry out more quickly and have a longer period to be dry.”

This causes a longer time period for fires to start.

In December of 2018, 60 Minutes correspondent Bill Whitaker reported on “The Camp Fire,” a massive wildfire that burned through Paradise, California in November 2018 and claimed 85 human lives. The fire that raged through this small town in Central California destroyed over 19,000 buildings and homes in just its first few hours. The remains of many victims couldn’t be identified with conventional methods such as fingerprints or dental records, and local authorities had to turn to a new rapid DNA approach for victim identification.

Ken Pimlot, the former chief of the California Department of Forestry and Fire Protection, said that years of drought and dry vegetation stemming from rising temperatures were the reason for these blazing fires, and that it was only going to get worse.

“These fires are showing no sign of letting up,” Pimlot said. “There’s no reason for them to stop based on the conditions that we’re seeing…we’re now, every year, seeing fires…that are becoming more and more extreme.”

Mon Oct 5 , 2020
Saying their fight for justice is not over, attorneys for Breonna Taylor’s family asked the governor of Kentucky to appoint a new special prosecutor to reopen the case and slammed state Attorney General Daniel Cameron for “intentionally” not presenting homicide charges against three white officers who fatally shot the 26-year-old […]