Nguyen Thi Huan visits the newly built grave of her son Nguyen Dinh Luong, who was found dead in the back of a British truck, at the homeland cemetery in Ha Tinh province, Vietnam November 29, 2019. Picture taken November 29, 2019. REUTERS/Kham

But they died in a box, and came home in coffins.

For the 39 migrants who set off from one of the poorest parts of the Southeast Asian country in search of work in Britain, the promise of riches outweighed the risks of the perilous journey through Latvian forests and Belgian streets, to the oxygen-starved truck container in which they met their fate.

The bodies were discovered in late October, in the back of a refrigerated lorry, just outside London.

On Saturday, the last bodies were repatriated to Vietnam.

Here are the stories of three of the victims.

Teenager Nguyen Huy Hung had longed to see his parents, both of whom had left Vietnam to find work in Britain’s nail salons.

“It should have been a family reunion,” said a neighbor who declined to be identified. “His parents reached Britain safely and smoothly. They’d already paid smugglers to arrange his trip.

“He was too young to suffer from tragedy”.

Hung was one of two 15-year-old victims. Raised in a small fishing village in Ha Tinh province, rooms in the family home had been rented out because most of his family, apart from Hung’s grandparents, had already relocated overseas for work.

Hung flew from Hanoi to Russia on August 26, his sister, who works in South Korea, said in a Facebook post days after news of the incident emerged.

By October 6, he was in France, she wrote, but they lost contact on October 21, two days before the container was found.

The family had paid 10,000 pounds ($12,900) to get him to Europe, his sister told Reuters. They were due to pay more money to people smugglers in Vietnam once he reached Britain, she added.

Hung’s body was repatriated on Saturday.

But with no documentation and their hopes of being reunited with their son in Britain shattered, Hung’s parents will miss his funeral.

Rudimentary dumbbells made from rusted iron and mossy lumps of concrete are some of the few objects Nguyen Dinh Gia has to remind him of his son.

Luong was an honest boy, Gia said. At 20, Luong didn’t drink, he didn’t smoke, and he had never had a girlfriend.

Luong loved sports, and his ramshackle weights. In October 2017, he left Ha Tinh province and found work in a nearby province as a carpenter, a skill he learned from his brother.

“He didn’t try to get into university,” Gia said. “Not many children around here do”.

From there, Luong traveled to Hanoi where he boarded a flight to Russia.

He stayed there until April 2018, when he drifted to Ukraine where he spent his nights with other migrants in a warehouse. He would contact his father sometimes, Gia said.

“I felt comfortable knowing he was safe, living there”.

Weeks later, Luong left for Germany. He moved by road, but he walked for seven hours too. “It was a one-day journey and everyone with him was Vietnamese,” Gia said.

There, Luong begged his father to pay for him to go to France, where he stayed until this October, when he decided to join friends working in Britain.

“I tried to persuade him not to go,” said Gia. “I told him the money he had earned in France was huge for the family.”

Gia had paid $18,000 to people smugglers to get his son that far. A few days before he boarded the doomed truck, Luong called home.

Gia said he was in good spirits.

Luong’s body was repatriated on Wednesday and he was buried on Thursday.

“After waiting for so many days, my son has finally arrived,” said Gia.

Bui Thi Nhung had been dreaming of Europe.

She hoped to be reunited with her boyfriend, in Britain.

Her Facebook posts in the days before she died showed her in Brussels, where she drank bubble tea on the steps of the old stock exchange.

Like the other two, she flew from Vietnam to Russia, then crossed into Latvia. From there she moved to Lithuania, then Poland, Germany, and Belgium, friends and neighbors told Reuters.

It wasn’t her first attempt.

“My life is full of ups and downs. I want to fly to Europe, but I can’t,” she wrote, four months earlier.

“I don’t want to stay home, marry young and live penniless,” Nhung told friends who had suggested she stay in Vietnam and raise cattle instead.

According to her friends, Nhung first wanted to find work in Germany, and spent a year in Vietnam learning to paint nails. “A girl has to have a job otherwise no one will marry her,” she wrote.

On her third try, Nhung finally made it to Europe. The trip ended in disaster.

“I’m about to start a new journey,” Nhung wrote to friends a few days before they lost contact with her.

Nhung’s friends have memorialized her Facebook page to keep her stories alive. Many of her friends are scattered overseas, working in Europe’s nail bars.

“Please don’t blame us,” one of her friends told Reuters.

“Don’t blame the 39 victims in the back of the truck”.

Nhung made her final journey home on Saturday.

Sat Nov 30 , 2019
The Chicago Police Department is investigating after a video surfaced Thursday showing a police officer body-slamming an unidentified man onto the ground, CBS Chicago reported. The officer has been stripped of his police powers during the investigation, said police spokesman Anthony Guglielmi.  According to police, the incident occurred after officers […] 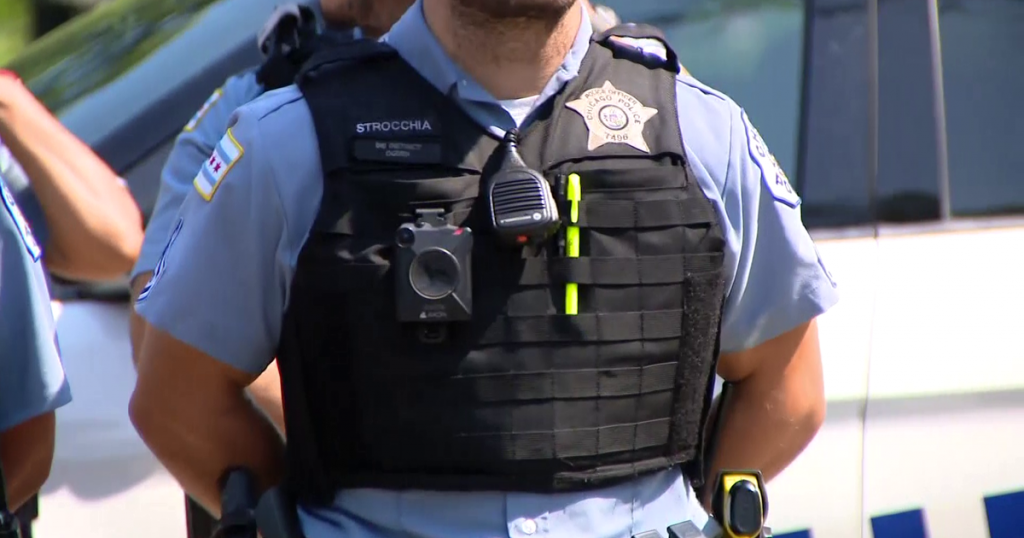