TBILISI (Reuters) – Two former foreign ministers are the frontrunners when Georgians vote for president on Sunday, including a former French career diplomat who would be the first female leader of an ex-Soviet state outside the Baltics.

The ruling Georgian Dream party is backing Salome Zurabishvili, 66, who was born to Georgian emigre parents in France and who served as French ambassador to Georgia before becoming Georgia’s foreign minister from 2004-2005.

Supporters say she would bring international stature to the presidency; opponents criticize her for statements that appeared to blame Georgia for war with Russia in 2008, remarks about minorities that some saw as xenophobic, and unsteady command of the Georgian language, which she speaks with an accent.

Her main opponent, Grigol Vashadze, 60, is running on behalf of a new platform of 11 opposition parties led by former president Mikheil Saakashvili’s United National Movement (UNM). He held the post of foreign minister from 2008-2012.

Georgian Dream says it believes Zurabishvili can secure more than 50 percent of the vote in the first round to be elected without a run-off. Other polls suggest a closer race likely to require a second round.

Constitutional changes have weakened the power of Georgia’s presidency, putting most authority in the office of prime minister.

But the post is still seen as important for the image abroad of a country strongly oriented toward the West and fearful of Russia, which invaded a decade ago and backs separatists in two breakaway regions.

Sunday’s election will also be the last in which the president is selected by popular vote; after that, presidents will be picked by an electoral college of 300 lawmakers and regional officials.

Zurabishvili was invited into Georgian politics by Saakishvili, who gave her Georgian citizenship to take up the foreign ministry post but sacked her after a year.

She then set up her own opposition political party, Georgia’s Way, which she led until 2010 before temporarily quitting politics and returning to France. She was elected to Georgia’s parliament in 2016 with the backing of Georgian Dream, a party controlled by Bidzina Ivanishvili, the country’s richest man, whose critics say he rules it from behind the scenes.

The country of 3.7 million people is Washington’s strategic ally in the Caucasus region between the Black Sea and Caspian Sea, and hopes eventually to join the EU and NATO. Pipelines carrying Caspian oil and gas to Europe run across its territory.

The two frontrunners are followed by David Bakradze, a former parliamentary speaker, who has been nominated by the opposition European Georgia Party, which split from the UNM in 2017.

Twenty-two other candidates lag far behind the leading three.

Sat Oct 27 , 2018
Protesters on Saturday set fire to a Hindu religious center in southern India for supporting a Supreme Court decision allowing women of menstruating age at one of the world’s largest Hindu pilgrimage sites. Swami Sandeepananda Giri, who runs the center in Kerala state, said some vehicles were also burned by […] 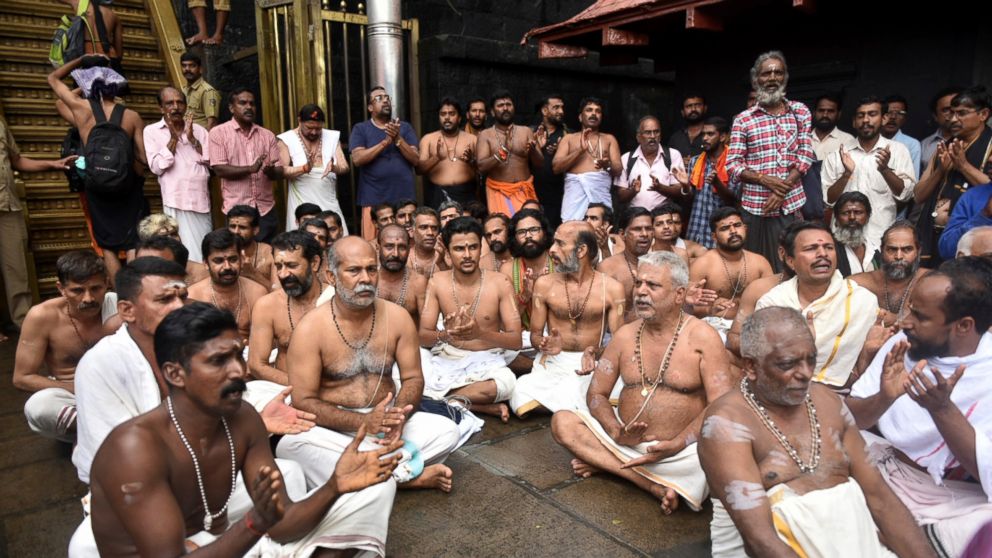