FILE PHOTO: A LVMH luxury group logo is seen prior to the announcement of their 2019 results in Paris, France, January 28, 2020. REUTERS/Christian Hartmann

“These anti-competitive practices are serious”, the antitrust body said in its ruling.

“In particular, they involved the implementation of surveillance and retaliation mechanisms,” it added.

EssilorLuxottica said it would appeal against the ruling, adding it always conducted its business according to the highest standards of compliance. LVMH had no immediate comment to make on the matter, while Chanel declined to comment.

Thu Jul 22 , 2021
FILE PHOTO: A company logo is pictured at the headquarters of Germany’s Commerzbank AG in Frankfurt, Germany, February 13, 2020. REUTERS/Ralph Orlowski/File Photo July 22, 2021 FRANKFURT (Reuters) -Commerzbank is abandoning a project to outsource securities settlement to HSBC and as a result will write off 200 million euros ($236.2 […] 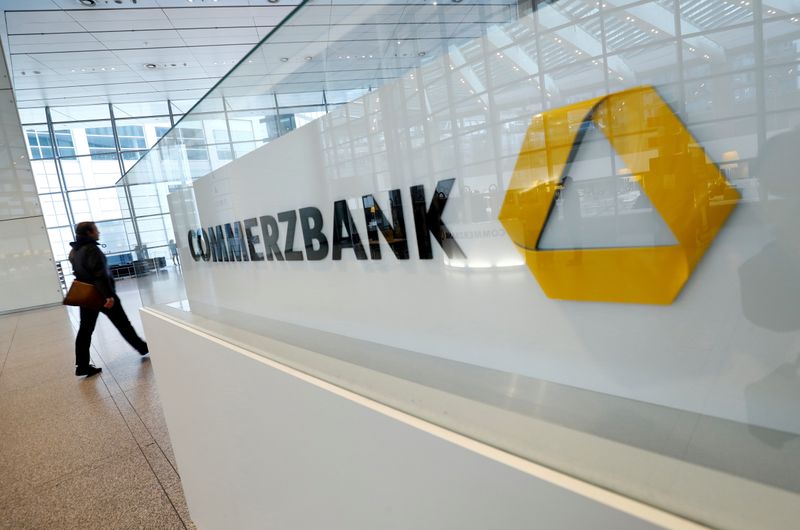