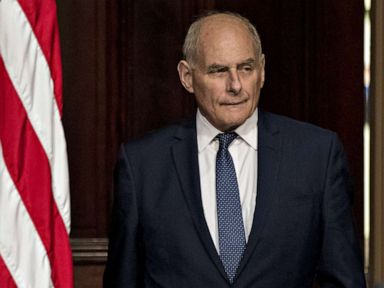 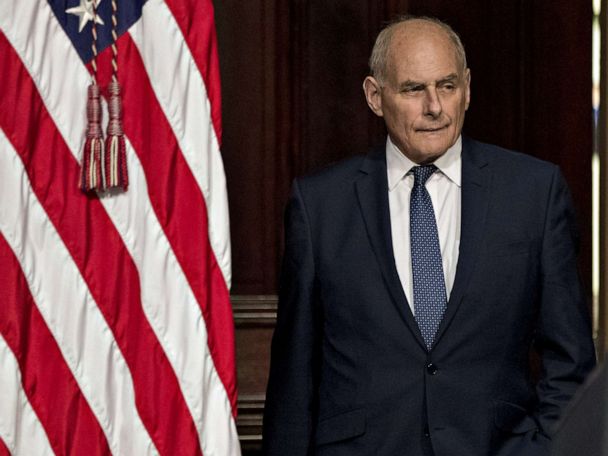 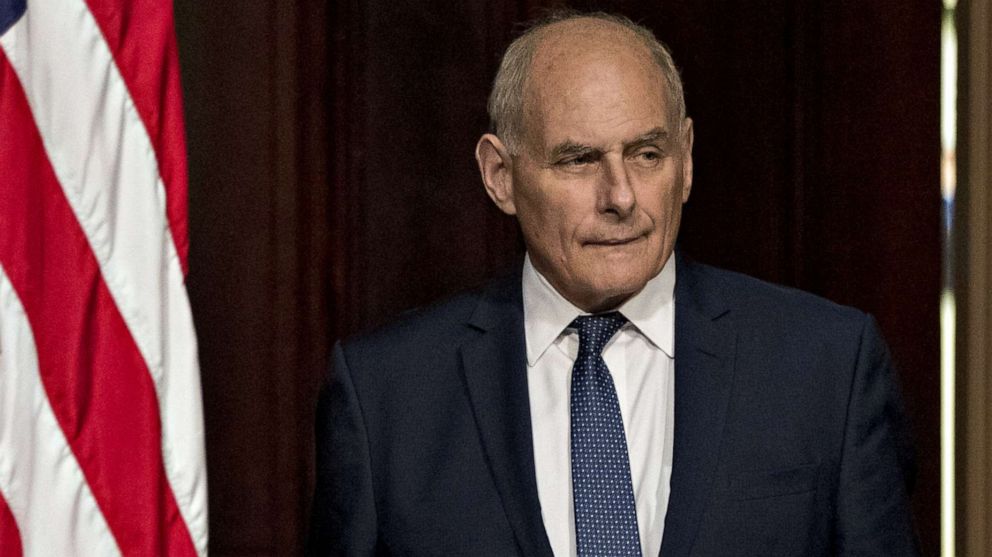 Former White House chief of staff John Kelly is the latest former senior official to criticize President Donald Trump after he threatened to use active-duty military to deal with raging protests over police brutality in the wake of the killing of George Floyd late last month.

Kelly reacted Friday to the statement earlier this week made by James Mattis, saying he agreed with the president’s former secretary of defense about the dangers of divisive politics. Mattis, like Kelly, is a retired Marine general.

Kelly did not go as far as the stinging essay by Mattis, stopping short of questioning the president’s maturity or asserting Trump doesn’t make an effort to unite the American people, but he admitted he agrees with the underlying sentiment the former defense secretary sent with his explosive message.

“I agree. I think we need to step back from the politics,” Kelly told Anthony Scaramucci, who briefly served Trump as communications director for 11 days until Kelly fired him, in an interview that streamed online. “The separation of powers is very, very, very important. No president ever is a dictator or a king.”

Kelly, who served as Trump’s second White House chief of staff from July 31, 2017 until Jan. 2, 2019, said that if he were faced as chief of staff with a proposal to clear protesters for a photo opportunity, he would have recommended against it.

“I would argue that the end result of that was predictable,” he said after Trump walked from the White House across Lafayette Square to St. John’s Episcopal Church for a photo opportunity Monday evening. “I’d have recommended against it.”

While the president has claimed he fired Mattis, who announced his resignation Dec. 20, 2018, Kelly recounted that Trump did not fire Mattis, again disputing the word of the president, answering simply “no, he did not” while admitting every relationship in the White House deteriorates over time.

John Kelly didn’t know I was going to fire James Mattis, nor did he have any knowledge of my asking for a letter of resignation. Why would I tell him, he was not… — Donald J. Trump (@realDonaldTrump)

“John Kelly didn’t know I was going to fire James Mattis, nor did he have any knowledge of my asking for a letter of resignation. Why would I tell him, he was not… …in my inner-circle, was totally exhausted by the job, and in the end just slinked away into obscurity. They all want to come back for a piece of the limelight!” he said.

Kelly also said that “no,” Mattis is not overrated, disagreeing with Trump yet again after the president mocked Mattis as “the world’s most overrated General” in a tweet.

Kelly said that active-duty troops hate the proposition of using force against their fellow Americans, emphasizing the military is an all-volunteer force, one that is apolitical, and troops almost never talk politics.

Asked by Scaramucci if Trump is a “stable genius,” as the president famously characterized himself Jan. 6, 2018 following questions about the president’s mental stability, Kelly begged off the question.

He said Trump was often frustrated by the slowness of bureaucracy and frequently did not like the recommendations put forward by Cabinet officials and White House advisers but he said Trump usually followed their advice.

With the presidential election just five months away, Kelly said voters should “look harder at who we elect,” including examining the candidate’s character and ethics.

“I think we need to look harder at who we elect,” Kelly said. “I think we should look at people that are running for office and put them through the filter: What is their character like? What are their ethics?”

He said if Trump loses the election this fall, he couldn’t imagine Trump fighting the results beyond seeking potential recounts for close tallies in swing states. Kelly touted the founding fathers’ vision for checks and balances and separation of powers – credited the strength of U.S. institutions supported by the constitution.

Finally, asked whether he would serve in a future administration, Kelly revealed, “I would serve,” noting he comes from a family of service.

Kelly served more than 40 years in the Marine Corps, rising to the rank of a four-star general before retiring in 2016. He was appointed as Trump’s first secretary of homeland security before his tenure as White House chief of staff.

His son, 1st Lt. Robert M. Kelly, was killed in action when he stepped on a landmine during a patrol in Afghanistan in 2010.

Fri Jun 5 , 2020
Wildlife officials in South Africa have removed the horns of dozens of rhinos as a protective measure against poachers. Experts fear poaching has and will continue to surge during the country’s struggle with the coronavirus pandemic.  With tourism at a standstill, three of South Africa’s popular game parks — Pilanesberg National […] 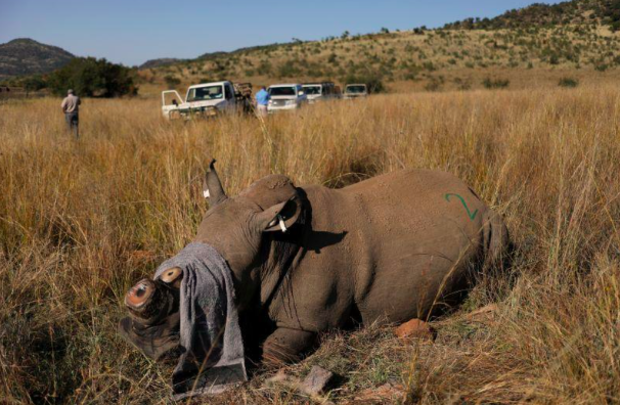