America’s adversaries revelled and allies shook their heads in dismay at the assault on the heart of U.S. democracy on Wednesday. Many foreign leaders noted the United States’ centuries-long role as a bastion of self-rule by a free population. Some suggested that vaunted position had been diminished and urged a rapid return to it, and several placed the blame for the chaos squarely on President Donald Trump.

Russia and Iran offered predictable ridicule of U.S. democracy – a theme both countries have fallen back on for years, but damning commentary from close allies in Europe showed there was real shock among America’s global partners at the level of bitter division within the country, and the driving force many see behind it.

Below is a sample of the commentary from world leaders, senior diplomats, and state-run media outlets, which will be updated:

An editorial column posted by China’s state-run foreign news outlet CGTN on Thursday gloated on behalf of the Communist Party, blaming not just Mr. Trump, but the entire American political system and both parties that lead it for the unrest.

U.S. politicians’ “neverending campaigning seems to have turned them into soundbite-making machines who forget their actual job descriptions (sic) is to solve problems, not keeping their position in Washington at the expense of everybody outside of it,” CGTN charged.

Coming from a country where free speech is an unknown luxury and dissent is quashed, quickly, by force, the rebuke may ring hollow in the West. But America’s most potent adversary will no doubt seize the opportunity in the days ahead to remind its own population of more than 1 billion of the inherent pitfalls of rule by popular mandate.

“Disgraceful scenes in US Congress,” British Prime Minister Boris Johnson, who Mr. Trump once branded Britain’s own “Trump” for his similarly irreverent style and appeal to populist sentiments.

“The United States stands for democracy around the world and it is now vital that there should be a peaceful and orderly transfer of power,” Johnson said.

“What we saw in the United States last night showed the failure and frailty of Western democracy in the world,” Iranian President Hassan Rouhani said Thursday in his first remarks on the assault on Capitol Hill.

“The spread of populism in the United States and the arrival of someone like Trump to power created great problems for America and the world, especially in the Middle East,” the president added.

Chancellor Angela Merkel said the images from Capitol Hill made her “angry” and “sad.” She voiced “regret” that Mr. Trump had refused (until a statement issued later, early Thursday morning by the White House) to in any way accepted his election defeat.

But she added that she was “sure U.S. democracy is stronger” than the challenge posed by the rioters at the Capitol, and voiced hope that with the incoming administration of President-elect Joe Biden and his vice president Kamala Harris, a “new chapter of U.S. democracy” would begin in two weeks.

German Foreign Minister Heiko Maas noted that democracy’s enemies would be cheered by the violence at the Capitol, which he accused Mr. Trump of fueling.

“Trump and his supporters must accept the decision of American voters at last and stop trampling on democracy,” Maas said in a tweet.

President Vladimir Putin had offered no comment on the violence in Washington as of Thursday afternoon Moscow time, but other senior Russian officials joined in revelry initiated by Russia’s Deputy Ambassador to the United Nations.

“Quite Maidan-style pictures are coming from DC,” ambassador Dmitry Polyanskiy said on Twitter on Wednesday, referring to 2014 protests in Ukraine that toppled Russian-backed President Viktor Yanukovich. “Some of my friends ask whether someone will distribute crackers to the protesters to echo Victoria Nuland stunt,” he mocked, citing a 2013 visit to Ukraine when then-U.S. Assistant Secretary of State Victoria Nuland offered food to those who had taken to the streets demanding the pro-Kremlin president step down.

Later, Chairman of the International Affairs Committee in the lower house of Russia’s parliament, Leonid Slutsky, said the unrest on Capitol Hill threatened to turn into “a crisis of the American system of power in the new century.”

Foreign Ministry spokeswoman Maria Zakharova shared a tweet by former CNN Moscow bureau chief Jill Dougherty, who declared: “The United States will never again be able to tell the world that we are the paragon of democracy.”

“The holiday of democracy is over,” said Konstantin Kosachev, chairman of the Foreign Affairs Committee in the upper house of Russia’s parliament, in a Facebook post. “This, alas, is actually the bottom, I say this without a shadow of gloating. America no longer charts the course, and therefore has lost all rights to set one. Let alone to impose it on others.”

Foreign Minister Simon Coveney called the scenes in Washington “a deliberate assault on Democracy by a sitting President & his supporters, attempting to overturn a free & fair election,” in a tweet.

“The world is watching! We hope for restoration of calm,” he said.

“We are hoping for a peaceful transfer of power,” said Chief Cabinet Secretary Katsunobu Kato.

“We decline to comment on President Trump’s political style as this is about U.S. domestic affairs,” he added. “But we hope to see democracy in the United States overcome this difficult situation, calmness and harmony regained, and a peaceful and democratic transfer of power.”

“What happened today in Washington DC is not American,” French President Emmanuel Macron said in a video message posted on Twitter.

Prime Minister of Benjamin Netanyahu denounced as “disgraceful” what he called a “rampage” at the U.S. Capitol.

“I have no doubt that American democracy will prevail,” he added.

Netanyahu has been one of President Trump’s most steadfast global allies, and has seen his own political standing boosted significantly by Mr. Trump’s policies in the Middle East, which have diverged sharply from decades of U.S. norms in the tumultuous region. Most notably, Mr. Trump unilaterally recognized Jerusalem — a holy city claimed for decades as a capital both by Jewish Israelis and Palestinians — as the capital of Israel, and he moved the U.S. Embassy to it.

Netanyahu spoke on Thursday just ahead of a meeting with visiting U.S. Treasury Secretary Steven Mnuchin.

Prime Minister Jacinda Ardern said in a pair of tweets on Thursday that she had watched the events in Washington shared “the sentiment of friends in the US – what is happening is wrong.”

“Democracy – the right of people to exercise a vote, have their voice heard and then have that decision upheld peacefully should never be undone by a mob. Our thoughts are with everyone who is as devastated as we are by the events of today. I have no doubt democracy will prevail.”

Speaker of the National Assembly Mustafa Sentop said his country had followed the events in Washington “with concern” and he urged calmness.

Prime Minister Scott Morrison, a conservative who has maintained good ties with the Trump administration, described the scenes in Washington as “distressing,” but noted Mr. Trump’s eventual call for his backers at the Capitol to leave.

“We condemn these acts of violence and look forward to a peaceful transfer of Government to the newly elected administration in the great American democratic tradition,” he said on Twitter.

“This is one of the world’s greatest democracies, and it remains so because of its forbearance and its persistence in the principles and values upon which the nation was established and I have no doubt that that will prevail.”

“American democratic institutions are strong and hopefully everything will return to normal shortly,” Prime Minister Justin Trudeau said during a radio interview.

Prime Minister Stefan Lofven, in a tweet, described the scenes as “an attack on democracy.”

“President Trump and many members of Congress bear significant responsibility for what’s now taking place,” he said late Wednesday night. “The democratic process of electing a president must be respected.”

“This is an unacceptable attack on the U.S. democracy,” Prime Minster Erna Solberg posted on Twitter. “President Trump is responsible for stopping this. Scary images, and unbelievable that this is happening in the United States.”

U.N. Secretary-General Antonio Guterres was “saddened” by the events at the U.S. Capitol, his spokesman said. “In such circumstances, it is important that political leaders impress on their followers the need to refrain from violence, as well as to respect democratic processes and the rule of law,” U.N. spokesman Stephane Dujarric said in a statement.

NATO Secretary General Jens Stoltenberg said on Twitter the “shocking scenes in Washington, D.C. The outcome of this democratic election must be respected. 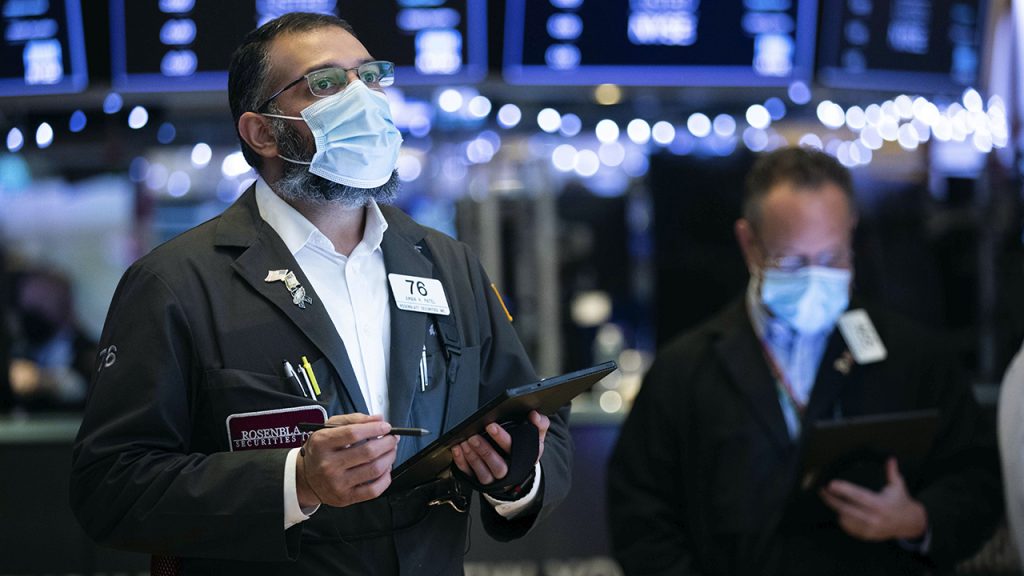