BENGALURU (Reuters) – An LGBTI job fair, billed by organizers as the first such event in India, attracted more than 250 people on Friday looking for employment with companies including Intel, Goldman Sachs and Uber.

The event in the southern city of Bengaluru comes after India’s Supreme Court overruled a law banning homosexuality in 2018, which the organizers said now enables companies to freely hire people who have been marginalized for years.

Many Indians who are lesbian, gay, bisexual, transgender or intersex (LGBTI) still face stigma and violence.

But the 2018 ruling has helped some in the LGBTI community come out and it now forces companies to be more inclusive, said Srini Ramaswamy, co-founder of Bengaluru-based consultancy Pride Circle, which organized the job fair.

“Now these companies are not going to give an excuse that it is against the law,” Ramaswamy said. “If you’re not being inclusive, it indirectly means you’re being homophobic.”

A total of 350 candidates had registered for the event which offered roles ranging from experienced positions to entry-level and support-staff, Ramaswamy said.

Software engineer Arun Gnanavignesh said he had felt ostracized by fellow workers when they learned he was gay.

“Colleagues who were really close to me suddenly stopped calling me for movies or to their homes … I was really hurt,” said Gnanavignesh, 22, who has since resigned from that job.

The turnout at the fair was relatively thin, partly because many still fear stigma, and several of the those people Reuters spoke with asked not to be identified.

Typically, job fairs in India attract thousands even when only a few hundred jobs are on offer and the government has faced criticism for its failure to create enough job opportunities for the millions annually entering the workforce.

Uber, which had a booth and was looking to recruit people at the job fair, changed all its route maps in Bengaluru to rainbow colors on Friday in a show of support.

“We are committed to creating an environment that works for everyone,” Vishpala Reddy, Uber’s regional human resources director, said in an email.

“We also want dignity. Am I not qualified enough to work in an office? Of course I am,” Mala Bai, 27, a transgender law student, who applied for jobs at JP Morgan and Accenture, said.

Sat Jul 13 , 2019
Fifty years ago next week, Apollo 11 blasted off for the moon. Over the course of the Apollo program, a dozen astronauts made the 240,000-mile journey to the moon’s surface, scooping up hundreds of pounds of rocks and soil. “CBS This Morning” got a rare glimpse inside the Lunar Sample […] 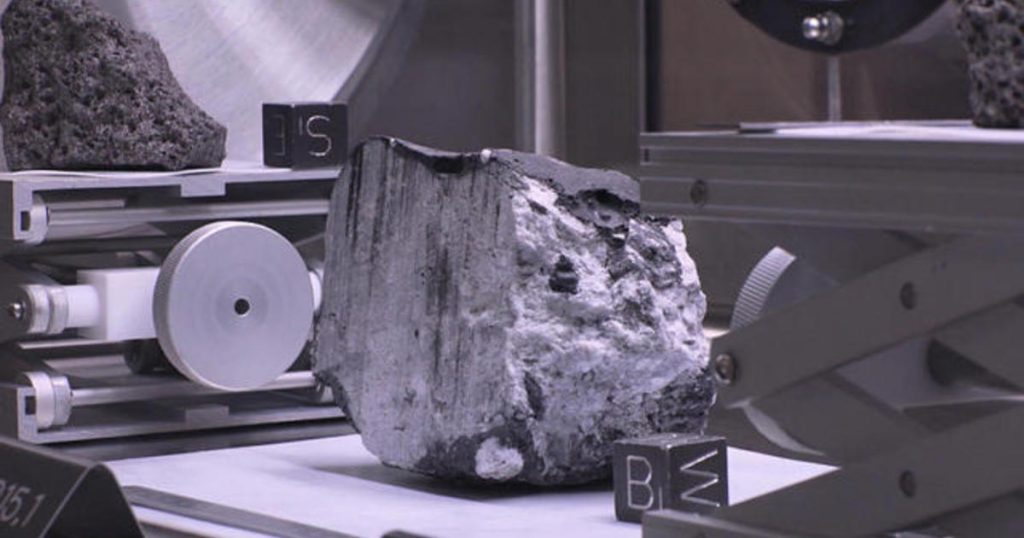