Fireworks light up the sky near the illuminated Olympic rings at a ceremony to mark six months before the start of the 2020 Olympic Games in Tokyo, Japan in this photo taken by Kyodo January 24, 2020. Mandatory credit Kyodo/via REUTERS

TOKYO (Reuters) – Fireworks lit up the night sky above Tokyo Bay on Friday and a giant monument of the Olympic rings was unveiled in the shadow of Rainbow Bridge as the Japanese capital marked six months until the start of the Games.

After a decade of planning, Tokyo 2020 organizers have entered the final stretch ahead of the Olympics opening ceremony on July 24.

Organizers have overcome most of the major wobbles that plagued the early years of preparation and are now concentrating on fine-tuning the remaining details. [M1L8N29S05S]

Tokyo was certainly in a celebratory mood on Friday as a vibrant performance, including fireworks in the shape and color of the five Olympic rings, briefly lit up the skyline of the city of over 14 million people.

“The torch relay will start in March so we need to start building momentum and excitement for the Games,” Tokyo Governor Yuriko Koike said at a ceremony to mark the landmark.

Below the fireworks, a giant monument of the five interlocking Olympic rings was lit up, nestled in the water at Odaiba Marine Park in Tokyo Bay.

The area will be the venue for triathlon and marathon swimming at Tokyo 2020 and is within sight of the athletes’ village that is still under construction.

In a sign that perhaps not everyone is happy with Tokyo hosting the summer showpiece, about 10 anti-Olympics protesters gathered outside the hotel hosting the ceremony.

They shouted throughout the ceremony through a megaphone and held banners reading “no Olympics in Tokyo” and “Olympics kills the poor”.

“Because of the Olympics, homeless people will be kicked out (from streets) and other human rights will be violated,” protester Ayako Yoshida told Reuters.

“I’ve always been against it (Olympics) because our tax money is wasted on building big facilities and not being used on citizen’s lives.” 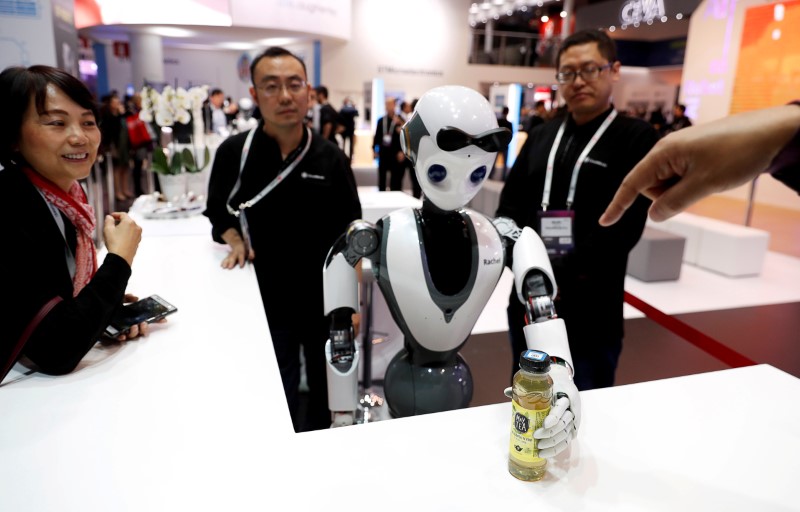