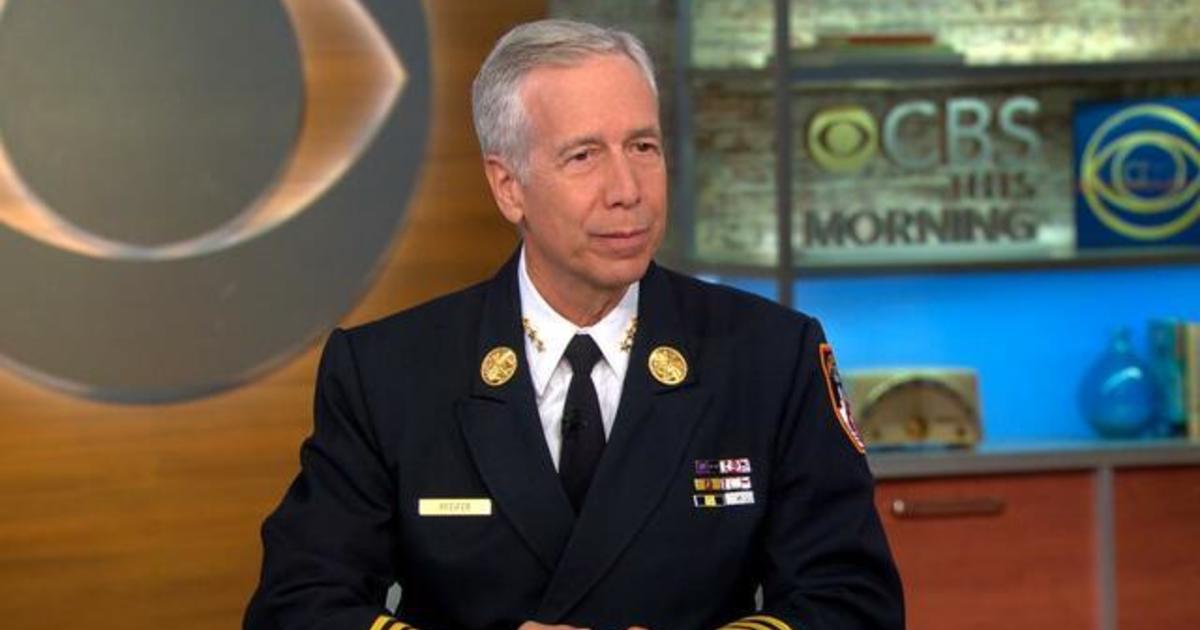 Retired New York City Fire Chief Joseph Pfeifer was the first fire chief on the scene on 9/11. Remarkably that day, he was being filmed by a documentary crew shooting a film about firefighters in Lower Manhattan. The group watched the first plane hit the World Trade Center, and the chief and the crew immediately raced to the scene. Pfeifer is telling his story of that day in a new book “Ordinary Heroes: A Memoir of 9/11.” He joined “CBS This Morning: Saturday” to speak about that day.

Sat Sep 11 , 2021
At 9:59 a.m. on Sept. 11, 2001, the World Trade Center South Tower fell. About 15 minutes later, photographer Shannon Stapleton scrambled over debris, peering through dust and smoke for pictures near the still-standing, but crippled, North Tower. Kayla Bergeron and other people walk away from the World Trade Centre […]