Authorities ordered about 12,000 people in two communities to stay inside with all windows and doors closed.

Emergency sirens blared and thick plumes of black smoke and flames filled the skyline around the NuStar Energy LP facility in Crockett, California, about 30 miles northeast of downtown San Francisco.

Video footage of the fire showed flames leading up to an explosion so strong it blew the lid of one of the tanks high into the air.

“This is a very dynamic, rapidly evolving situation,” Capt. George Laing of the Contra Costa Fire Department said. “We’ve got two tanks that are releasing chemicals that are still burning.”

The primary concern to the public was unhealthy air quality caused by hazardous particulates spewing from the fire.

The tanks were part of a cluster of fuel storage facilities along an industrial span next to the Carquinez Strait, a major shipping thoroughfare and a key oil hub.

The NuStar facility is also close to Interstate 80, one of the busiest highways in the San Francisco Bay Area, which officials shut down Tuesday afternoon, causing massive backups at the height of evening rush hour.

Contra Costa Fire Department spokesman Steve Hill said the two burning tanks contained about 250,000 gallons of ethanol and firefighters were trying to keep the blaze from spreading to other tanks storing jet fuel.

About 200 firefighters were battling the blaze.

In a statement, NuStar Energy said it was cooling nearby tanks to minimize the spread of fire but provided few other details. The company is a fuel storage and pipeline operator based in San Antonio.

Julián Castro: "I never think I get enough time" on debate stage 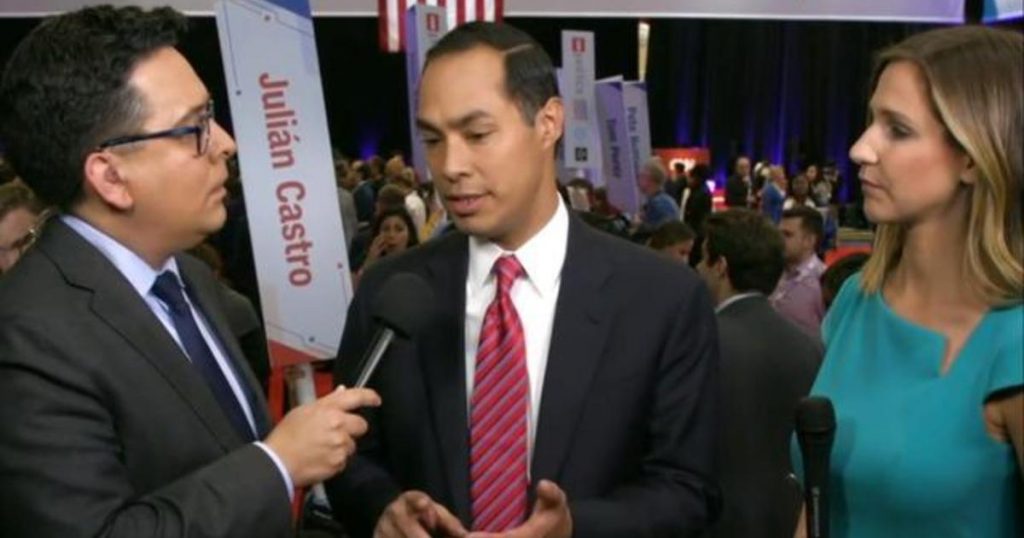