FILE PHOTO: The logo of FIFA is seen in front of its headquarters in Zurich, Switzerland September 26, 2017. REUTERS/Arnd Wiegmann

PARIS (Reuters) – FIFA on Wednesday defended its VAR review system, saying referees had reached a 98% accuracy rate in decision-making during the group stage of the women’s World Cup in France.

The Video Assistant Referee (VAR) system has made a controversy-filled debut in the women’s game at World Cup level, baffling players and coaches, and frustrating fans.

Scotland and Nigeria exited the tournament after their opponents were awarded penalty retakes when VAR ruled their goalkeepers had stepped centimeters off their line. When France knocked out Brazil in the last 16, three goals were disallowed following reviews.

Cameroon’s players were so indignant at the VAR interventions during their match against England that they appeared to stop playing on several occasions. A competitive Japan side went out in the last 16 after a controversial penalty decision.

“VAR cannot be blind, cannot ignore,” said Pierluigi Collina, Chairman of FIFA’s Referees Committee. “If you have a tool that offers you the possibility to check, you have to check.”

Although it has no power of adjudication, VAR’s viewing ability enables minor infractions — sometimes imperceptible to the human eye, Collina admitted — to impact a game.

FIFA says that without VAR the group-stage accuracy rate would be a less impressive 92.51 percent and officials have expressed surprise at the anger directed at the system.

“We can never be perfect. No one player, no one coach is perfect,” Massimo Busacca, Head of FIFA’s Refereeing Department, said on Wednesday. “We are not perfect. What’s the problem?”

At a similar point in last year’s men’s World Cup – the first time the video replay system was used in the global showpiece event — FIFA celebrated a major controversy-free tournament, thanks in large part to VAR.

FIFA said 99.3 percent of match-changing plays — those leading to goals, penalties, red cards or instances of mistaken identity — were called correctly in Russia, a number that would have been 95 percent without the observational power of VAR.

But it has been a different story at the women’s tournament and questions have been raised over the lack of exposure women players have had to the system and the training women referees received before the tournament.

No women’s leagues have implemented VAR, and referees attended only four FIFA-organized seminars.

“We are not experimenting,” said the Italian who refereed the 2002 men’s World Cup final. “We are simply implementing the laws of the game.”

Wed Jun 26 , 2019
Tereza | Twenty20 Despite headlines of record low unemployment and a booming economy, just 43% of Americans are certain they could come up with $2,000 for an unexpected expense. That finding comes from new research by the FINRA Investor Education Foundation, which has been documenting Americans’ financial knowledge and perceptions […] 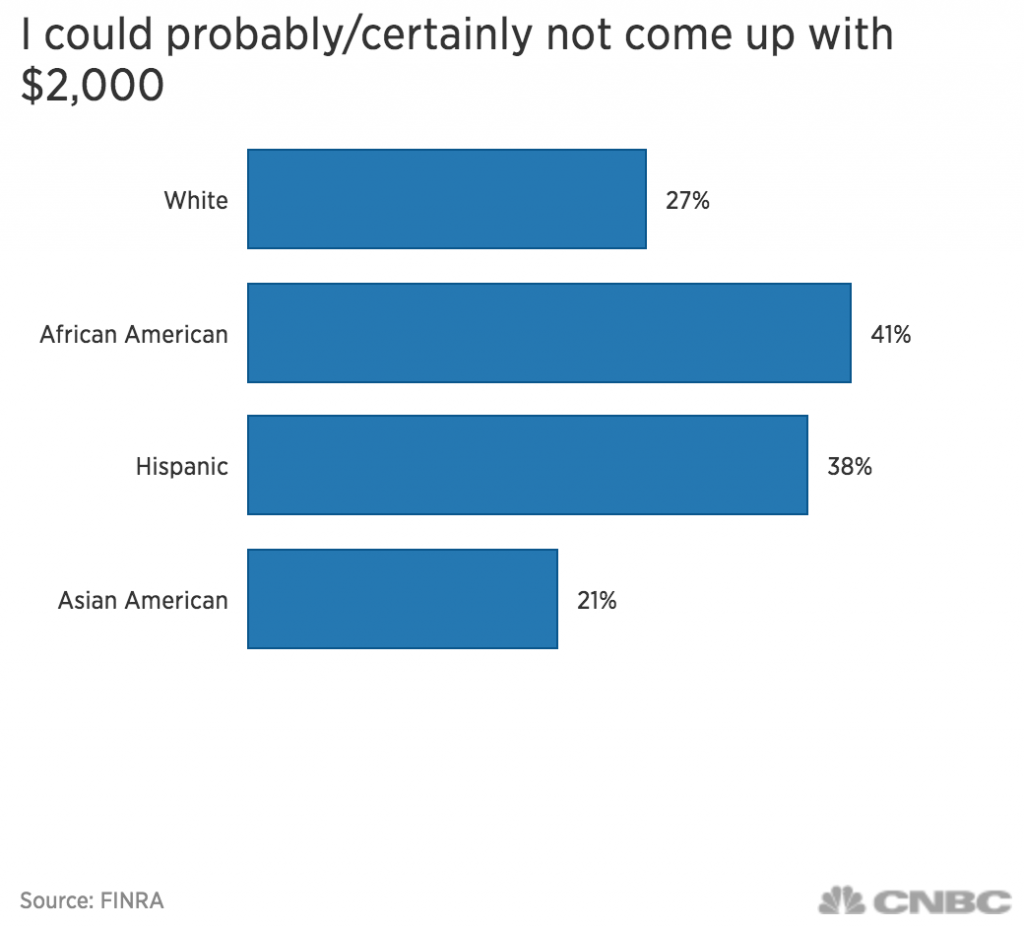