By Giuseppe Fonte and Giulio Piovaccari

The possible payment of such a large dividend at a time when the coronavirus crisis has left cash-starved manufacturers pushing for support from an already heavily indebted government has sparked criticism within the ruling coalition.

“In the talks with the group, the special dividend is not an item being discussed at the moment. But, if you ask me whether the government will set no conditions in the near future, I’d reply that it’s too early to say,” the government source told Reuters on Tuesday.

Fiat Chrysler (FCA) said last week its Italian division was working with the government to obtain 80% state guarantees on a 6.3 billion euro three-year loan facility to help it weather the pandemic.

The loan would be part of more than 400 billion euros Italy is making available to businesses hit by the pandemic. According to the scheme, companies accessing state guaranteed loans cannot pay dividends until the end of 2020.

Taking the loan would not legally bar FCA from distributing the extraordinary dividend as the payment is not expected until 2021 and would be made by its parent company Fiat Chrysler Automobiles NV in the Netherlands.

“Most of us oppose the payment of the maxi-dividend by FCA,” a prominent source of the ruling 5 Star Movement told Reuters.

Former industry minister Carlo Calenda, who is now part of the opposition, also said on Twitter that FCA would not need the state-backed loan if the special dividend were not paid.

However, Economy Minister Roberto Gualtieri said on Monday that the prospective merger made supporting FCA financially even more important, in an apparent sign that the government favours the plan to create the world’s fourth-biggest carmaker.

“What the government has done and will continue to do is to provide liquidity in order to anchor FCA in Italy,” he said.

FCA and Peugeot’s owner PSA <PEUP.PA> this week scrapped their planned ordinary dividend payouts on 2019 results, worth 1.1 billion euros for each company, due to the pandemic.

As part of the binding merger agreement, FCA is also due to pay shareholders a special dividend of 5.5 billion euros just before the closing of the deal, which is expected before the end of the first quarter in 2021.

Tue May 19 , 2020
Phlow CEO Eric Edwards discusses manufacturing coronavirus treatments and other critical drugs in shortage in partnership with the U.S. government. Get all the latest news on coronavirus and more delivered daily to your inbox. Sign up here. Continue Reading Below President Trump on Tuesday awarded a $354 million, four-year government contract to […] 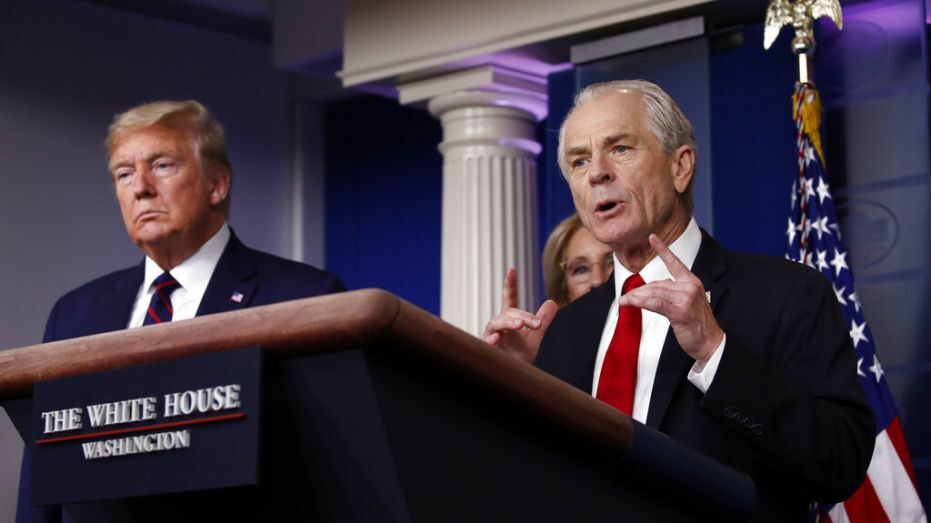