MILAN/DETROIT (Reuters) – Fiat Chrysler’s new boss Mike Manley is expected to unveil his revamped management team on Monday which will aim to keep the carmaker independent and a contender in the industry’s race to develop self-driving and electric cars.

Manley took over in July after long-time chief Sergio Marchionne fell ill and later died after succumbing to complications from surgery. British-born Manley has since pledged to carry through a strategy Marchionne outlined in June to keep FCA “strong and independent”.

One of Manley’s key decisions will be the appointment of FCA’s next European chief who needs to tackle a region where profitability is below that of peers, many workers are stuck in furloughs and various plants run at below capacity.

Pietro Gorlier, chief operating officer of FCA’s components business, is expected to be chosen for the job, two sources familiar with the matter said.

As head of the components unit, Gorlier has also led Magneti Marelli, the parts unit that FCA may either spin off or sell.

Japan’s Calsonic Kansei has been in talks with FCA about buying the unit, other sources have said, but no binding agreement has been reached and the deal could still fall apart.

Choosing an Italian as head of Europe might soothe some fears in Italy that FCA could weaken its link to Fiat’s roots.

In his last strategy unveiled in June, Marchionne had vowed to convert Italian plants to churn out Alfa Romeos, Jeeps and Maseratis instead of less profitable mass market vehicles to preserve jobs and boost margins. Europe will also become a big part of its electrification drive.

FCA will copy in Europe what worked in the United States, where it retooled plants to build pricier SUVs and trucks in a move since emulated by bigger rivals Ford and GM.

Manley is expected to have fewer direct reports than his predecessor, one of the sources said.

He is also expected to name some managers for the North American operations, notably those who will succeed him at the helm of Jeep and RAM, the two brands that have been driving profits in recent years and remain at the core of growth plans.

Harald Wester, current chief technical officer and former head of Alfa Romeo and Maserati, will be given a role in that region, one of the sources said, without giving details.

Manley and his team have big shoes to fill: Marchionne achieved what many thought impossible, most notably his huge gamble just over a decade ago when he set in motion the marriage between the then-ailing Fiat with bankrupt U.S. rival Chrysler.

It is now the world’s seventh-largest carmaker and is debt-free, but not without challenges ahead.

FCA cut its full-year profit outlook in July, blaming a weaker-than-expected performance in China, a market that represents one of the new CEO’s immediate headaches.

(Reporting by Agnieszka Flak in Milan and Nick Carey in Detroit; Editing by Alexandra Hudson)

Mon Oct 1 , 2018
At the start of the year, China’s largest technology companies known as the BATs, or Baidu, Alibaba and Tencent, looked unstoppable. Things continued to go very well for the big three throughout the first half of the year, with all of the firms’ share share prices hitting record highs. But […] 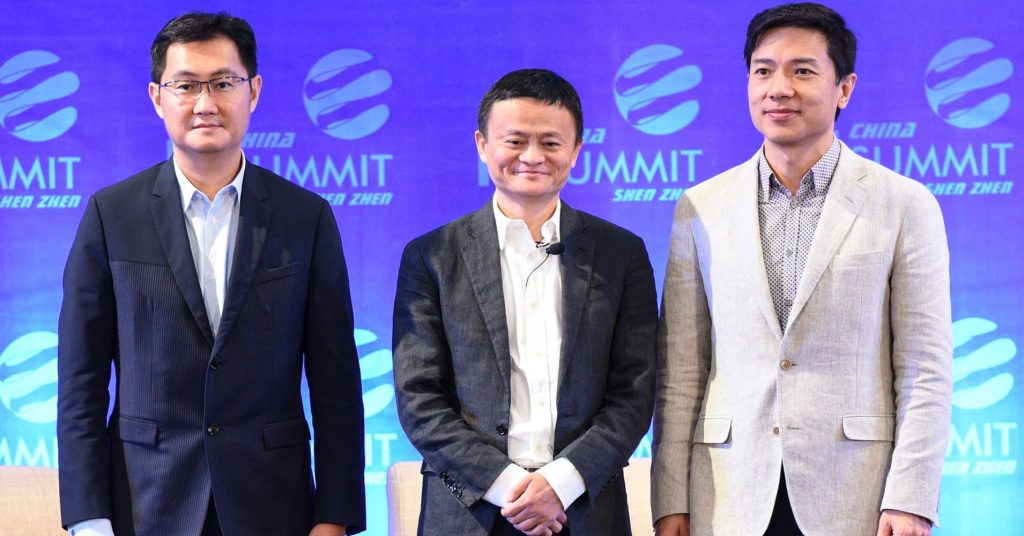