WASHINGTON — A New York man is facing charges he made a 200-pound bomb and planned to blow himself up in Washington, D.C., on Election Day. On Wednesday, FBI agents continued searching a home just north of New York City, where they discovered the device.

Prosecutors say 56-year-old Paul Rosenfeld planned to detonate the explosive in Washington, hoping to kill himself and draw attention to his political beliefs.

According to court papers, over the past two months, Rosenfeld allegedly sent letters and text messages to a Pennsylvania resident detailing his plan to detonate the bomb on the National Mall to draw attention to the “sortition” political system, in which government officials are randomly selected.

The Pennsylvania resident alerted the FBI and police pulled Rosenfeld over Tuesday. After waiving his Miranda rights, Rosenfeld admitted his plan.

He told agents he ordered large quantities of “black powder” online and built small test explosives before constructing the 200-pound explosive device in a plywood box in his basement. He said he installed certain components in the device to ensure that he was killed in the blast.

On Wednesday, FBI technicians removed the bomb from his basement and transferred it to a safe location.

At a Senate hearing Wednesday morning, FBI Director Christopher Wray said his agents are investigating about 1,000 homegrown terror threats in all 50 states.

“Those cover the waterfront of the full range of extremist ideologies from right to left and everything in between,” Wray said.

Rosenfeld made his first appearance in New York federal court earlier Wednesday. The FBI says they do not believe he is part of any larger terrorist organization. He faces up to 20 years in prison if convicted.

After Dow nosedives, Trump says "the Fed has gone crazy"

Wed Oct 10 , 2018
President Trump declared that the Federal Reserve “has gone crazy,” in response to a question about about the markets after the Dow closed more than 830 points down Wednesday. Mr. Trump, asked by reporters in Pennsylvania if he’s worried about the sell-off, said he’s not and launched into his frustrations with the […] 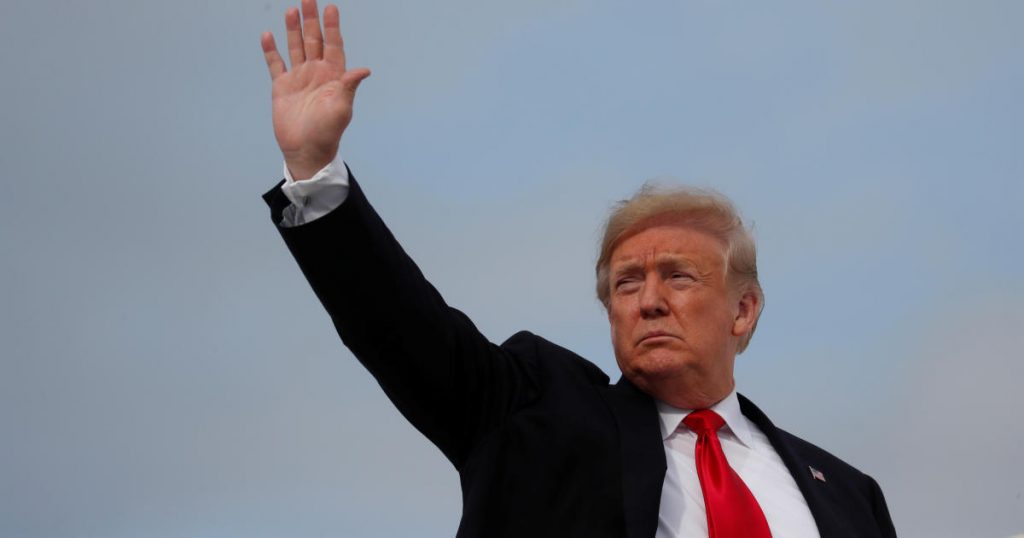