Relatives of Argentine soldiers who died during the Falklands War visit Darwin cemetery, where their relatives were buried, in the Falkland Islands, March 26, 2018. Argentine Presidency/Handout via REUTERS

FALKLAND ISLANDS (Reuters) – Dalal and Carlos Massad knelt in front their son Marcelo’s grave in the Falkland Islands, kissing the tomb beneath a white cross for the first time since his death in combat some 36 years ago.

For most of that time, the plaque on Marcelo’s grave read “Argentine soldier known only to God.”

But after forensic scientists identified the remains of 90 Argentine soldiers buried in the Darwin Cemetery following the country’s 1982 conflict with Britain, a group of around 250 relatives made an unprecedented trip to the disputed islands on Monday to visit their loved ones’ graves.

“I found my son, I spoke with him, I asked him questions, I shared my feelings with him, my pain,” Dalal Massad said. “I feel at peace because I know where he is.”

The International Committee of the Red Cross (ICRC) began interviewing families of fallen Argentine soldiers in 2012, and 107 consented to DNA testing. Scientists analyzed 122 sets of human remains buried in the wind-swept cemetery in the South Atlantic.

During Britain’s two-month war to reclaim the Falklands, 255 British troops and about 650 Argentine soldiers were killed. The majority of the Argentines who perished were on a Navy ship that sank.

Argentina still claims the islands, which it calls the Malvinas. But the South American country signed an agreement with Britain in 2016 to try to identify the soldiers and divide the costs. The ICRC forensic scientists began their efforts last June.

“Speaking for the state, I think we have taken an enormous step toward closing a debt we had to the families and to the heroes of the Malvinas,” Claudio Avruj, Argentina’s human rights secretary, said at the ceremony.

Relatives of the buried soldiers sobbed, prayed, and comforted each other as they became some of the only Argentine citizens to visit the site of their country’s biggest military conflict of recent decades.

They listened as Scots Guards members played bagpipes against a backdrop of vast, grassy plains, and some relatives collected stones to bring back to the mainland.

“For me as a military man, I think it is very, very important that the families have been able to come here today to now actually see a name on a grave and be able to pay their respects,” said Brigadier Baz Bennett, Commander of the British Forces South Atlantic Islands.

Relatives of fallen soldiers who have not been identified also attended the ceremony. Nora Dimotta, whose son Raul never returned from the war, cried in front of one of the dozens of still-unmarked graves.

“This is not the final step, this is the beginning,” said Norma Gomez, whose brother Eduardo was identified. “This process will continue until all the missing soldiers are identified.”

Linda Brown, Topeka girl at center of Brown v. Board of Education, dies at 76

Tue Mar 27 , 2018
Linda Brown, the namesake of the landmark 1954 Brown v. Board of Education Supreme Court case that abolished school segregation, has passed away at age 76. Cheryl Brown Henderson, Brown’s sister, confirmed her death to the Topeka Capital-Journal. Brown’s family has not confirmed the story to ABC News. The National […] 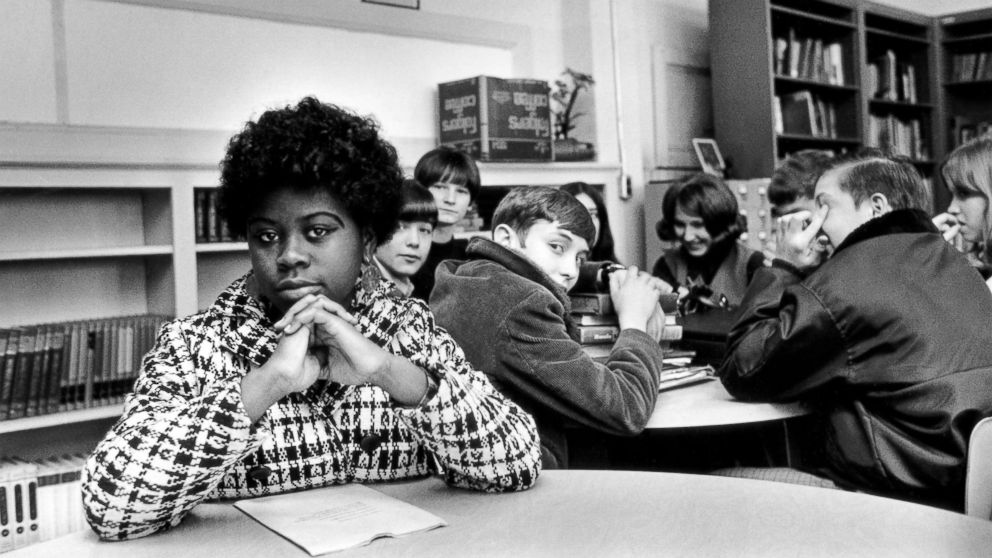