Videos on social media suggest that holes in the return envelopes being used for mail-in ballots in California were designed to allow election officials to peek inside and toss out ballots in favor of recalling Gov. Gavin Newsom. Officials say the holes serve two useful purposes, including helping the vision impaired to sign the ballot envelope in private.

California’s 22 million registered voters have been sent mail-in ballots for the Sept. 14 recall election of Democratic Gov. Gavin Newsom and most should have received them by now.

Under the recall rules, Californians are being asked to vote “no” if they want Newsom to remain in office until his first term ends in 2023 or “yes” to replace by one of 46 candidates seeking his job.

More than 1.7 million Californians signed the petition to recall Newsom, surpassing the 1.49 million signatures needed. The petition period is supposed to take 160 days under the law, but a Republican-appointed judge extended the process another 120 days due to the COVID-19 pandemic.

After receiving a mail-in ballot, a woman who supports Newsom’s recall posted a video on Instagram on Aug. 19 that questioned the ballot design, which she described as “sketchy” and “asking for fraud.”

“So, anybody that has access to this mail-in envelope can see whose voted yes, toss it, do whatever they want to it,” she said. “They can see your vote.”

In a video posted a day earlier on Instagram, another woman called the holes “super weird,” questioning “why they would be there.”

“They can literally see if you vote yes or no, and they will throw it away if you vote yes,” she said. “That is why there are holes where his name is.”

But that’s not why the holes are there.

The holes serve two purposes: to help the vision impaired to sign the ballot envelope in private and to serve as a visual double check for election officials in the state’s 58 counties “so that they know the ballot has been extracted and not left inside an envelope uncounted,” Jenna Dresner, a spokesperson for the California Secretary of State, told us in an email.

The Los Angeles County Registrar of Voters, in a statement provided by Dresner, said the envelope has been in use for “several election cycles” and is a design based on recommendations by the nonprofit Center for Civic Design.

Whitney Quesenbery, executive director of the Center for Civic Design, said in a telephone interview that the two-hole envelopes have been used for more than a decade without any issues in Oregon, an all vote-by-mail state.

“I don’t think there is much to this. I think it’s somebody trying to drum up some controversy,” she said. “I do not think there is any intent, or, in fact, probability this could be used to disenfranchise voters or throw out ballots.”

In fact, the videos posted on Instagram show that it isn’t easy to see a “yes” vote for Newsom’s recall.

In the Aug. 18 video, the narrator places the ballot securely in the envelope, but all that appears in one hole is part of Newsom’s name. She manually moves the ballot around in the envelope to show a small part of the circle where a “yes” vote would go.

Carol Moon Goldberg, president of the League of Women Voters of California, said in a telephone interview said this was the first time she had heard a complaint about the ballot envelopes.

“These envelopes have been used before,” she said. “They were used by millions of people in the November election. There were no complaints then.”

“From the league’s standpoint, the ballot has been carefully vetted and designed,” Goldberg said. “Whatever anomaly someone finds, there’s a remedy for it.”

She noted that each of California’s 58 counties print their own ballots so that they are not all the same.

Goldberg, Quesenbery and Dresner each said voters are not required to fold the ballot or insert it any prescribed way. If voters have any concerns, they can fold the ballot so that the vote side of the ballot is inside the fold. They can also vote in person on Sept. 14, they said.

Voters can also track their mail-in ballots through Ballot Trax, a site operated by the California Secretary of State’s office.

All voters, whether they cast a ballot for or against Newsom’s recall, can vote for one of the 46 challengers. If more than half of the voters cast ballots to recall Newsom, then the replacement candidate with the most votes for governor, even if they are considerably less than those against recalling Newsom, will complete his term.

Lawyers representing two voters have filed a federal lawsuit challenging the recall provisions of the state Constitution, arguing they violate the equal protection clause of the U.S. Constitution by allowing sitting officials to be replaced by candidates who received fewer votes, Politico reports.

The lawsuit asks the court to halt the recall or require that Newsom’s name be included with the list of candidates.

In the only other recall in the state’s history, Californians voted 5 million to 4 million in favor of removing then Gov. Gray Davis in 2003. The man who succeeded him, actor Arnold Schwarzenegger, received 4.2 million votes.

According to the latest polls evaluated by FiveThirtyEight, voters are almost evenly split on recalling Newsom.

Among possible replacements, Republican Larry Elder, a conservative radio host is the leading candidate with about 19% support, followed by Democrat Kevin Paffrath, a financial analyst; and Republican John Cox, a businessman who has been touring the state with a live Kodiak bear, according to FiveThirtyEight’s analysis.

In drawing up the petition, Newsom’s opponents listed a passel of complaints, including support for “foreign nationals in our country illegally,” high taxes, homelessness, opposition to the death penalty and seeking to ration water use.

The post Exposing the Holes in a California Recall Election Conspiracy Theory appeared first on FactCheck.org.

Thu Aug 26 , 2021
The U.S. is projected to see nearly 100,000 more COVID-19 deaths between now and December 1, according to the nation’s most closely watched forecasting model. But health experts say that toll could be cut in half if nearly everyone wore a mask in public spaces. In other words, what the […] 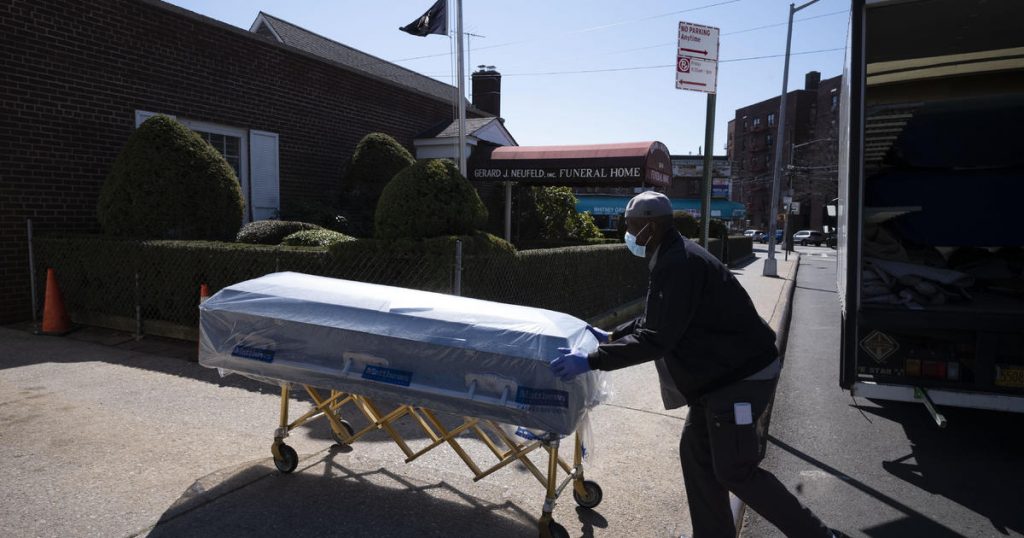