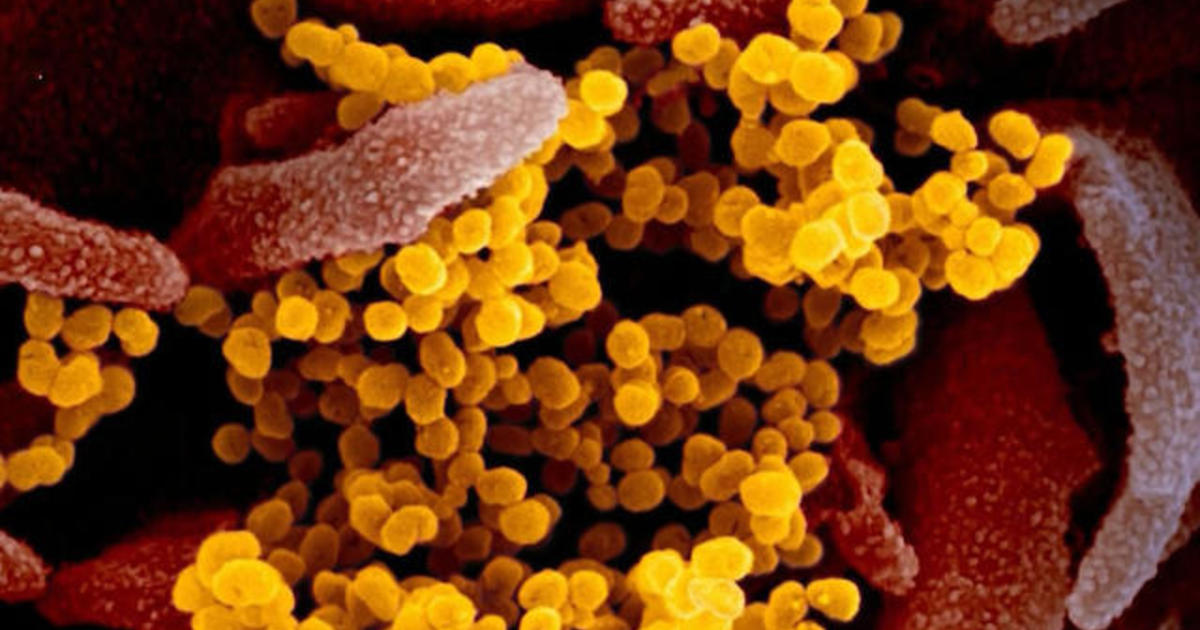 As the coronavirus continues to devastate the U.S., Secretary of State Mike Pompeo has been ramping up rhetorical pressure on China this week, accusing the country of standing in the way of international efforts to develop a vaccine and treatments.

The pressure campaign comes as the U.S. and China wage an information war over the origins and blame for COVID-19, and race to develop a vaccine. But some medical experts interviewed by CBS News question some of the administration’s claims about whether China’s lack of transparency is actually blocking the world from developing a vaccine. In a series of interviews, Pompeo reeled off a list of accusations against Beijing including that it had deliberately destroyed early samples of the virus rather than share them with the world.

“It covered up how dangerous the disease is. It didn’t report sustained human-to-human transmission for a month until it was in every province inside of China,” he told State Department reporters on Wednesday. “It censored those who tried to warn the world, it ordered a halt to testing of new samples, and it destroyed existing samples.”

“We need our scientists, our academics, our epidemiologists all to have access to the data, access to a sample of the virus,” Pompeo told Christian Broadcasting Network on Friday. “Those are all things that matter so that we can solve this problem, get our country back to work, and save lives.”

Chinese researchers in Shanghai first shared the genetic sequence of SARS-COV-2, the virus that causes COVID-19, National Center for Biotechnology Information’s website on January 5. According to the U.S. State Department, China then shared with the WHO a genetic sequence taken from a January 4 patient infected with the virus, which was published on January 12 by the Global Initiative on Sharing All Influenza Data (GISAID).

A senior State Department official told CBS News that disclosure is not enough. “It is critical to obtain live virus samples to understand how the virus evolved, and how to develop effective and safe therapeutics and vaccines.”

The official also said that producing a vaccine only using a genetic sequence “introduces the risk of mutations, and the possibility that the reproduced virus (from which to develop a vaccine) doesn’t mirror the virus circulating in the population.”

But medical experts tell CBS News they are skeptical of the need at this point for early virus samples to develop a vaccine and treatments. “The fact that there isn’t an actual replicating vial of virus is not a problem, as long as you have this sequence of what was in that tube,” said Dr. Andy Pekosz of Johns Hopkins Bloomberg School of Public Health.

He explained that there has been no problem tracking the virus’ evolution. “There’s now hundreds upon hundreds of sequences from viruses in that early stage of China that have been made available.”

Medical scientists around the world have since been sharing the mutated sequences of the coronavirus online.

“Based on what I’ve seen from the databases, there’s a really good amount of data there that is helping us drive forward not just vaccine work but even helping us just understand how the virus is spreading from country to country.”

“If we had more data in the beginning of January, it would have been helpful and could have made a difference,” said CBS News medical contributor Dr. David Agus. “But now it doesn’t make a difference.”

“Is this a way to say ‘China is bad, because they’re not giving us the viral sample’? Of course,” Agus said of the domestic political benefit to such a public spat. “But scientifically, I can’t think of a reason why, because we have so much data of the virus from then ’til now shared from so many countries.”

Epidemiologist Dr. Jonna Mazet of UC Davis School of Veterinary Medicine had a similar assessment. “I don’t think it is essential that the first samples — if they exist — be shared at this point, since there is ample virus in almost every country from which to sample for vaccine and therapeutic development,” she said.

She acknowledged that early virus samples would help clarify the timeline and location of the first cases of infection, environmental contamination by the virus, the original animal host and the virus spillover into humans. But she added, “It’s probably not that important at this point.”

The timing of what China did disclose about the virus, specifically the human-to-human transmission of it, is a key issue in the ongoing dispute about U.S. funding to the World Health Organization. Dr. Scott Gottlieb, former FDA Commissioner, said that if China had been more transparent with what it knew about the virus earlier on in the outbreak it could have made a difference in diagnostic testing capabilities.

“China didn’t share the viral strains and the WHO. should have made them do that,” he said on Face the Nation on April 12. “Had they share those early on, we could have developed a diagnostic test earlier, validated earlier.”

Another point of dispute with China has been determining whether the source of the earliest strain of the virus was truly a wet market in Wuhan, a naturally occurring transmission from animal to human, or the result of a lab accident.

Mazet collaborated for a decade with Wuhan-based Chinese virologist Dr. Shi Zhengli on the USAID-funded ‘PREDICT’ project, an epidemiological research program that was developing an early warning pandemic system for infectious diseases, including for coronaviruses. Shi has conducted extensive research on bat coronaviruses, including discovering the closest known strain to the virus behind SARs. The program was terminated by the Trump administration in September 2019. Chinese doctors reported the first cases of COVID-19 in Wuhan, Hubei Province, in December.

Mazet said that Shi — nicknamed ‘bat woman’ by her colleagues — has since been accused of accidentally spreading the virus from her lab at the Wuhan Institute of Virology. Shi told Scientific American in March that she had checked and was relieved to confirm that the coronavirus causing COVID-19 was not among her collection. Efforts by CBS News to contact Shi have been unsuccessful.

China’s failures, in Mazet’s view, were not lab security, but a “slow response to the early warning signs and not ramping up all of the health systems, including testing, right away.”

The Trump administration is not alone in criticizing how China initially responded. Australia is calling for an international investigation focusing on the origins of the virus in China, and the World Health Organization’s handling of it. In January, the WHO praised China’s transparency in dealing with the virus, and repeated Chinese claims that there was no human-to-human transmission.

In mid-February, the WHO said that 25 of its investigators were permitted into China to study the virus. That team was shown lung and other tissue samples from a 50-year-old Chinese victim of the virus according to the WHO report.

CBS News asked the U.S. Health and Human Services whether this would have been an opportunity to collect a virus sample. Dr. Cliff Lane, one of only two Americans on that WHO visit, said in a statement, “I am not aware of samples being shared in conjunction with the WHO visit.” He further characterized the WHO report as describing an autopsy and not “an exchange of materials.”

An HHS spokesperson also confirmed that the U.S. still has not received any virus samples since that February WHO visit.

China’s ambassador to the U.S., Cui Tiankai, said in an interview this week, “We have shared everything we have learned with the WHO, and the medical communities of other countries including the United States.” He also said that there has been ongoing communication between both the U.S. CDC and Chinese CDC.

Pompeo’s statement on Wednesday that China had destroyed samples was the first time a senior U.S. official made that accusation on the record. Unverified reports have circulated online for weeks.

She added that the whole point of infectious disease scientists collecting dangerous viruses in the field is to better prepare for a crisis like this. “In research, we take care to collect extra samples and preserve them in ways that helps them be useful later, but that rarely happens in a clinical setting, especially early on in an outbreak of unknown origin. That’s something else that can be fixed with pre-planning for Disease-X.”

In the meantime, this ongoing dispute about what the Chinese Communist Party or any government should be expected to share about an outbreak will continue as countries around the globe continue to reel from the impact of this mysterious, lethal virus.

World Food Program director on coronavirus: "The worst is yet to come"

Sat Apr 25 , 2020
On top of the coronavirus pandemic, the world may see a global humanitarian catastrophe, including famine in three dozen countries — potentially the most serious crisis since World War II, according to World Food Program director David Beasley. Beasley, who recently recovered from coronavirus, spoke to CBS News. Free America […] 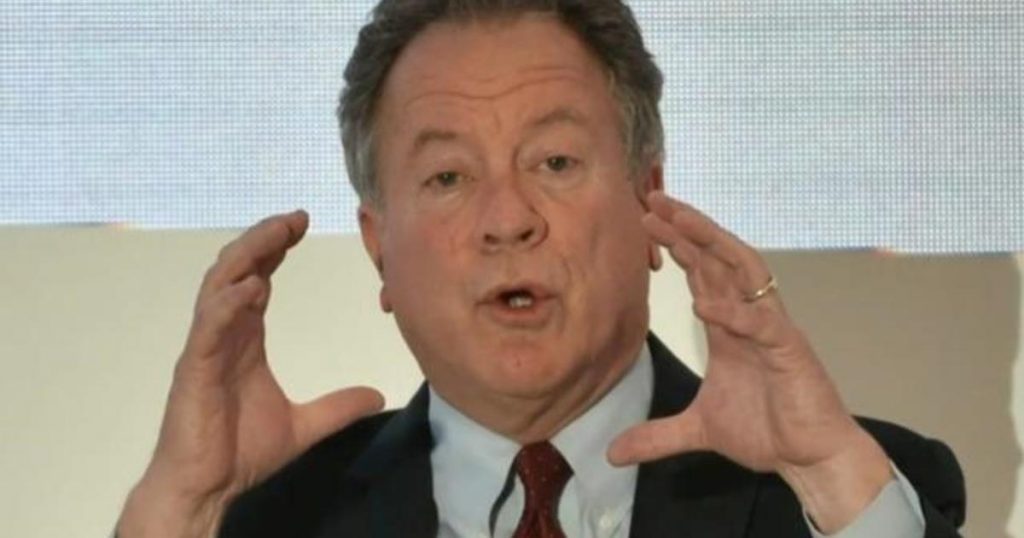